An American legend does it again: Winchester’s new offerings for 2019

Per a SHOT Show release, “Winchester Repeating Arms has been redefining the firearms industry since 1866, and this year is no exception.” Why is that, you may ask? This year of 2019 is a grand one for Winchester, with not only the introduction of an entirely new caliber, but multiple new guns, ammunition lines, and for those nostalgic fans, a few modern retakes on old original Winchester long guns. Guns.com takes a look at what’s new. 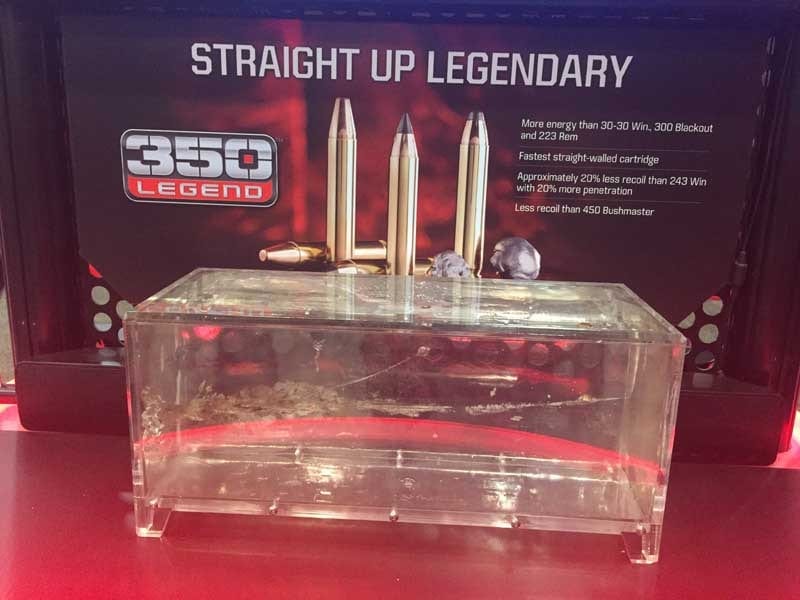 The grandiose announcement at SHOT is Winchester’s new Legend caliber. Ballistics indicate the new .350 Legend to have significantly more energy than both the .300 Blackout and .30-30 Win, with less recoil than both the .30-30 and .243 Win. Its straight-wall case design is of immediate interest to hunters, as a legal caliber in 47 states. Further, Winchester touts the Legend as the fastest straight-wall round on the market. A wide range of ammunition will release simultaneously with the rifles. Offerings in ammo styles and weights cater to hunters, with bullet weights from 145 to 265-grains. The .350 Legend will be available solely on the XPR line of bolt action rifles, but we expect more news soon. 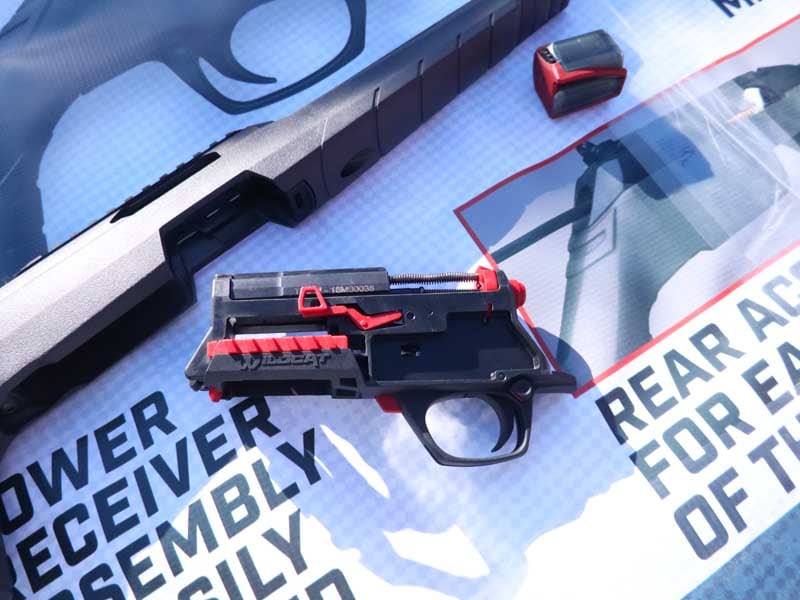 If a new caliber wasn’t enough, Winchester also debuted a new semi-automatic rimfire rifle. Its name is a re-birth of the branding from decades ago. Of particular interest with the Wildcat is the innovative design. The entire lower receiver drops free from the stock and barrel system with the simple push of a button. No tools required. The 10-round rotary magazines are reminiscent of Ruger 10/22 mags, and in fact, shooters will be glad to know they are interchangeable. 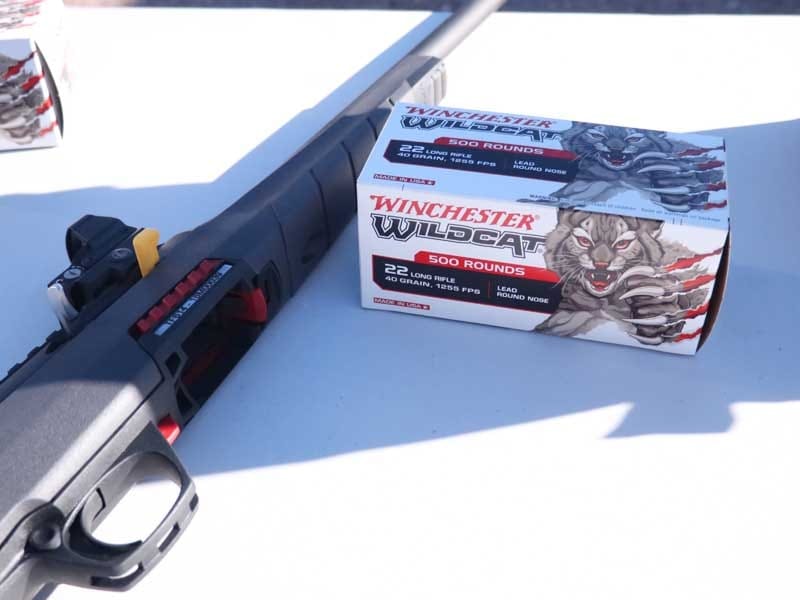 The updated Winchester Wildcat ammo wears a more aggressive, raging kitty logo than in years past. It makes a sweet complement to the new semi-automatic rimfire rifle. Bricks of 500 rounds are available in 40-grain lead round nose. The Made-in-the-USA .22LR ammo is advertised at 1255 FPS. 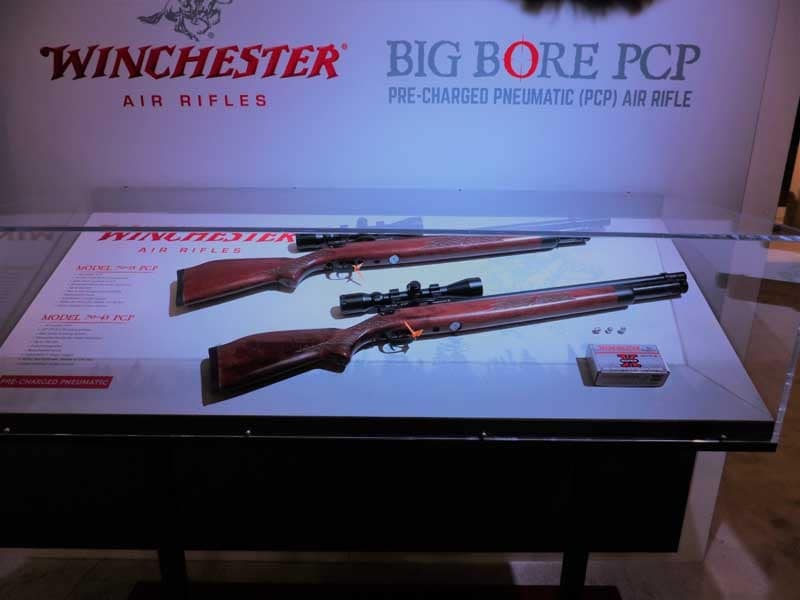 We found Winchester’s new pair of big bore air rifles under glass at the Gamo booth at SHOT.  When Gamo acquired the Daisy brand, Winchester came along for the ride, and 2019 is their year for updated big bores. This pair is shown in .35 and .45 calibers, top and bottom. They are PCP guns, with the gauge near the base of the pistol grip. We got our hands on the .45 caliber and it feels like a well-built hunting gun, but without some range time and more details, its all speculation. 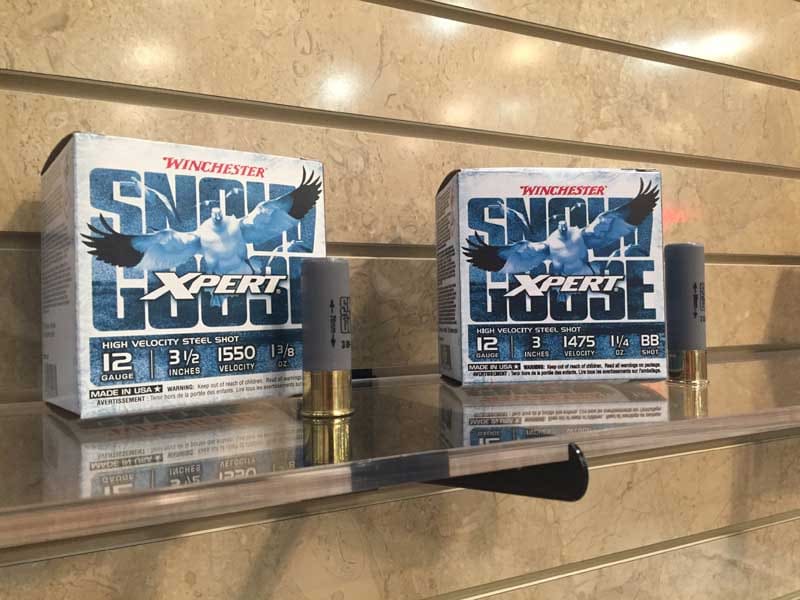 Winchester’s new Xpert Snow Goose combines the company’s popular Xpert Steel Shot with the tight patterning Diamond Cut Wad used in Winchester Blind Side. Payloads and shot sizes are optimized for hunting snow geese, with two offerings in 12-gauge three-inch shells and two in three-and-a-half inch. Shot sizes are either a 1&2 mix or BB.  Hunters will appreciate a purpose-built round for chasing those migrating white-wings. 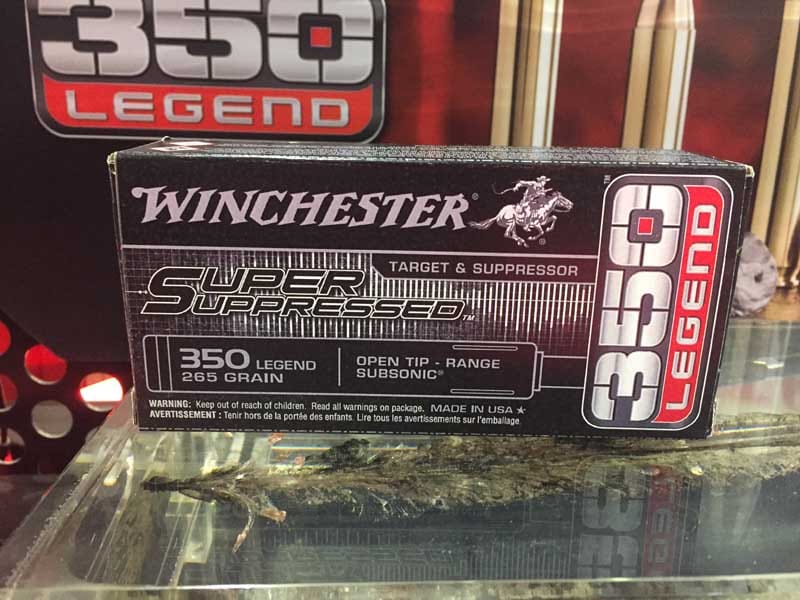 Winchester ups the ante by introducing not only the .350 Legend round and bolt action XPR rifle, but also, a suppressor-ready combination. The threaded XPR makes an ideal platform for the Legend, which we enjoyed shooting on the range. Though we fired target FMJ rounds, the company will soon be releasing Super Suppressed .350 Legend Subsonic in 265-grain Open Tip bullets. With the subsonic ammo and suppressor-ready XPR rifle, game animals will never know what hit them. 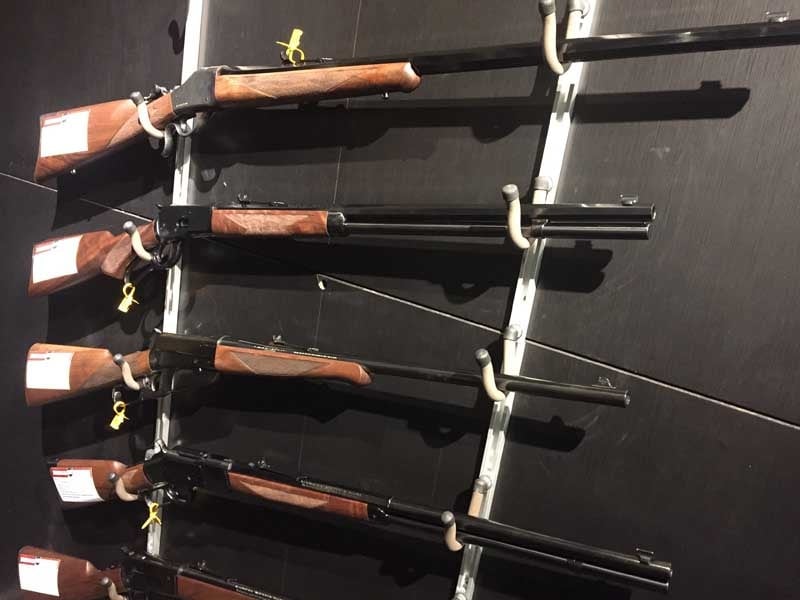 Winchesters was showing off a number of throwback, reproduction-type rifles at SHOT. A few of the more interesting versions, especially in terms of SASS or collector-shooters, include: Model 1885 Traditional Hunter High Grade in 38-55 and 45-70; Model 1892 Deluxe Octagon in .44-40 among other more modern chamberings; and the Model 1895 in .405 Win and .30-06.