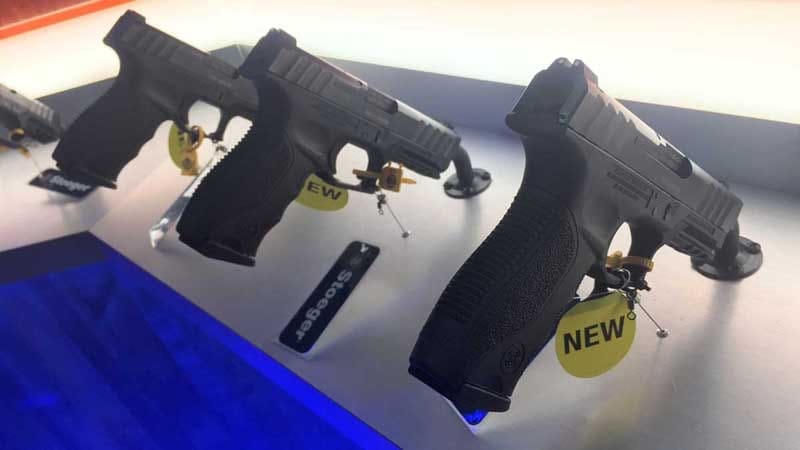 Though there is only one base model of the STR-9, it is available at three price points, varying by the number of magazines and backstraps included, with a Tritium sight version at the top end. (Photo: Kristin Alberts/Guns.com)

SHOT Show 2019 was ground zero for a major announcement from Stoeger. Though the company also debuted new versions of their shotguns and air guns, the clear star of the show was the company’s new 9mm pistol, the STR-9. I know what you’re thinking — not another 9mm pistol, but the Stoeger is worth a look for several reasons. Guns.com did a closer exam during the company’s launch party.

The company known for inexpensive shotgun manufacture is dipping their toe back into the world of semiautomatic, striker-fired pistols. The new STR-9 is based on a black synthetic polymer frame with a nitride hardened matte black slide. Specs include the 4.17 inch barrel, 15+1 round double-stack magazine, and an overall weight of 30.4 ounces. Stamping on the polymer frame indicates the pistols are made in Turkey and imported by Stoeger Industries through Accokeek, MD.

The drift-adjustable, three-dot white sight system is nothing new or exciting, but the pistol is well-thought out with snag-resistant rounded edges on the sights and entire frame. Ergonomic lines are built for both comfort in the hand and concealment. Aggressive slide serrations not only make the STR-9 stand out in a sea of nines with a more rugged look, but also make the slide easy to run with or without gloves. 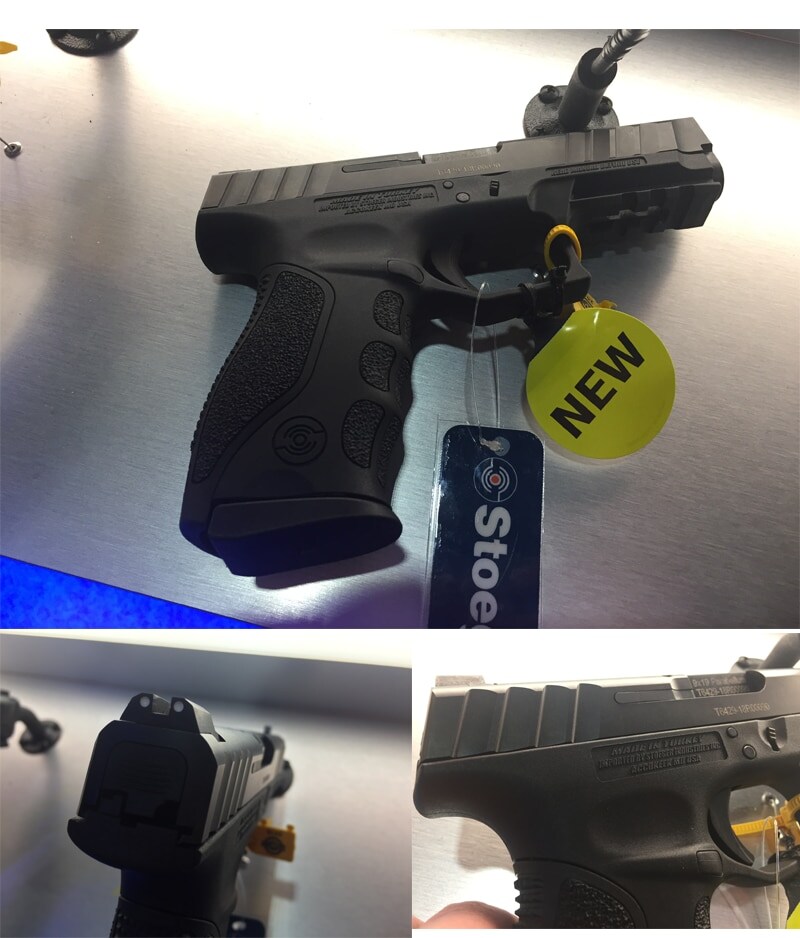 The Stoeger STR-9 is a striker-fired pistol with 15+1 round, double-stack magazine capacity and an MSRP starting at $329. (Photo: Kristin Alberts/Guns.com)

The company advertises a low bore axis, which seems to be the catch phrase for new handguns over the last few years. An integrated picatinny rail allows for mounting accessories. The pistol does not have the wildly unpopular magazine disconnect safety, meaning the STR-9 will still fire without the magazine. A tactile loaded-chamber indicator atop the rear of the receiver is noticeably raised whenever a round is chambered. While the company advertises easy takedown, we did not have the opportunity to tear down the STR-9.  In a nice move, the magazine release is reversible for left or right-handed shooters.

Interchangeable backstraps come standard on the STR-9, allowing a more customizable fit, a feature not often seen on more budget-conscious carry guns. However, the base model includes only one backstrap and magazine for an MSRP of $329. A version with a trio of magazines and all three (S,M, L) backstraps retails for $389, while the same package with added Tritium sights will carry an MSRP of $449.  The pistol does fit well in the hand, feels well balanced, and has some nice features for what should be a $250 real-world price base gun. Even if you doubt the quality of the brand, Stoeger touts a five year warranty for the original purchaser once warranty registration is complete, so that’s plenty of time to give the new pistol a fair shake.