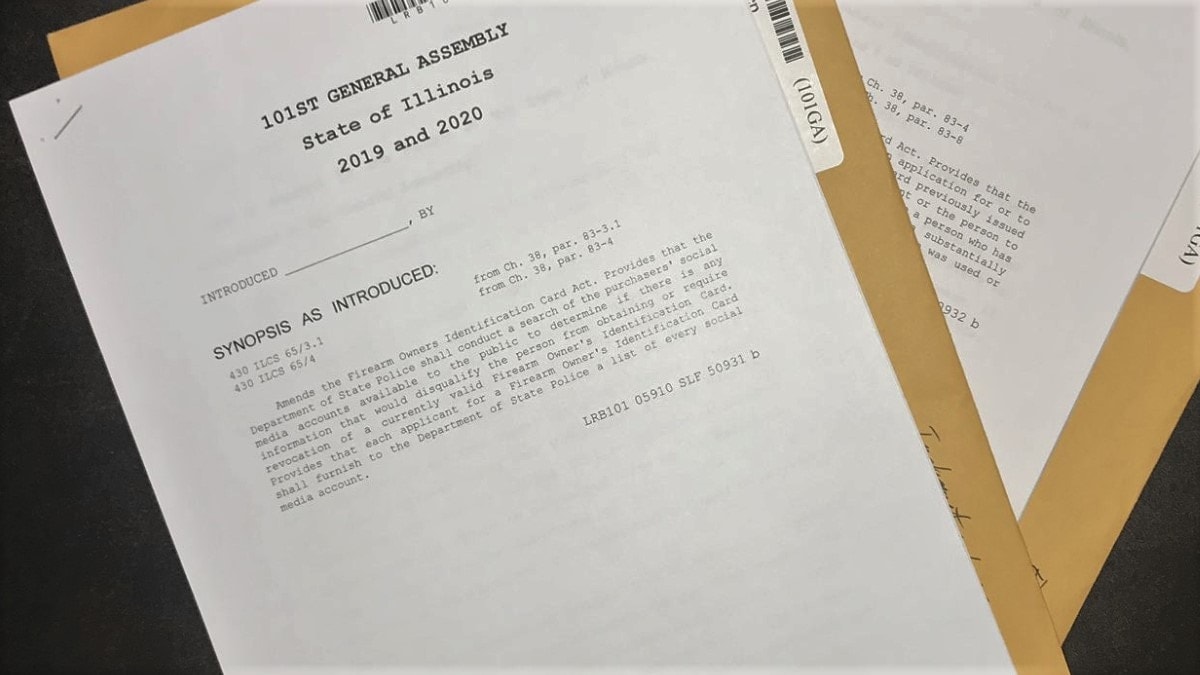 Bills filed last week in the Illinois state legislature would ban “assault weapons” and require those with FOID cards to turn over a list of their social media accounts (Photo: Rep. Daniel Didech,)

Democrats in the Illinois General Assembly are moving forward with proposals that would fundamentally change gun laws in the Land of Lincoln.

State Sen. Julie A. Morrison’s SB 107 would ban semi-automatic rifles and shotguns with a detachable magazine if the gun has one or more cosmetic features such as a muzzle brake, pistol grip or adjustable stock. Pistols with a similar list of features would be targeted as well. While exemptions are in place for law enforcement, grandfathering of existing firearms will only be allowed if they are registered with authorities, with a corresponding $25 fee.

Morrison said in a statement that, while a nationwide “assault weapon” ban was preferable, she and other like-minded Illinois lawmakers feel the time is right for them to act on their own.

Meanwhile, in the Illinois House, state Rep. Daniel Didech, D-Buffalo Grove, has filed HB 888 which would require those who apply for a state-issued Firearm Owners Identification Card– mandatory for legal gun owners– turn over a list of their social media accounts to authorities under threat of a Class 2 felony. The State Police would use the information to determine if the accounts have any “information that would disqualify the person from obtaining or require revocation” of a FOID card.

Civil liberties groups have decried the use of such vetting as a “grievous invasion of privacy” when required by governments, schools, and employers. Likewise, a similar bill in the New York State Senate, introduced by a Brooklyn-area Democrat last year, has received push back from Republicans, Libertarians and gun groups alike.

“This is the slippery search toward regulating all of our rights,” Tom King, president of the New York State Rifle & Pistol Association, said about the pending bill in that state. “Isn’t posting on social media protected speech? This would put a chill on your voice and add a chill to your First Amendment rights.”