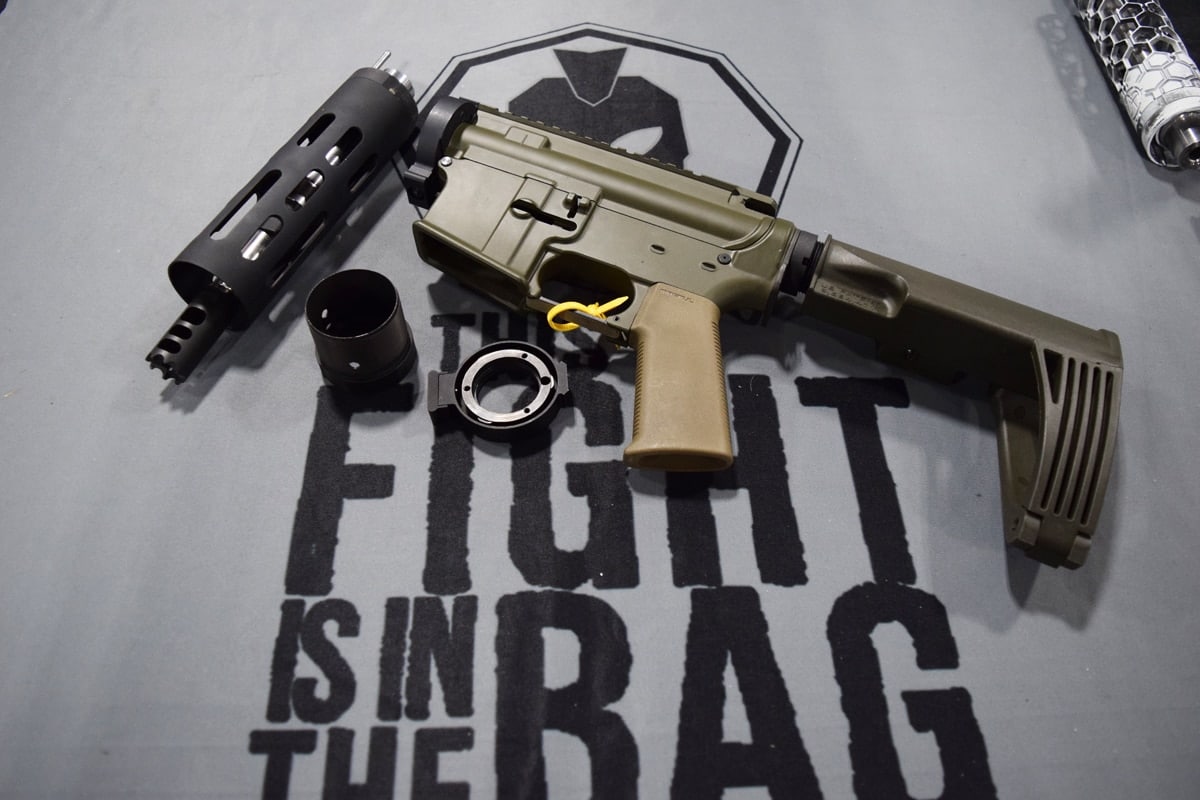 As a first-time exhibitor at SHOT, the Indiana-based Pantheon Arms showcased an AR-15 takedown system dubbed the Dolos. The company’s vice president of operation, Liz Boner, explained the Dolos — named after the Greek god of trickery — allows users to quickly attach and detach a rifle barrel from a receiver.

Preferred uses are “for ease of deployment, discreet carry, caliber changes, barrel length changes,” Boner said and added that many buyers equip the system to AR pistols. During her demonstration, she pulled out a small bag — like a tactical man purse — in which the gun fit.

Boner explained that the system, which comes as a complete kit, works by replacing an AR’s barrel lug with a tri-lug and putting a lock collar on the barrel. Then, with a short turn, the barrel fixes to the upper receiver. “The parts essentially just replace your barrel lug,” she said. 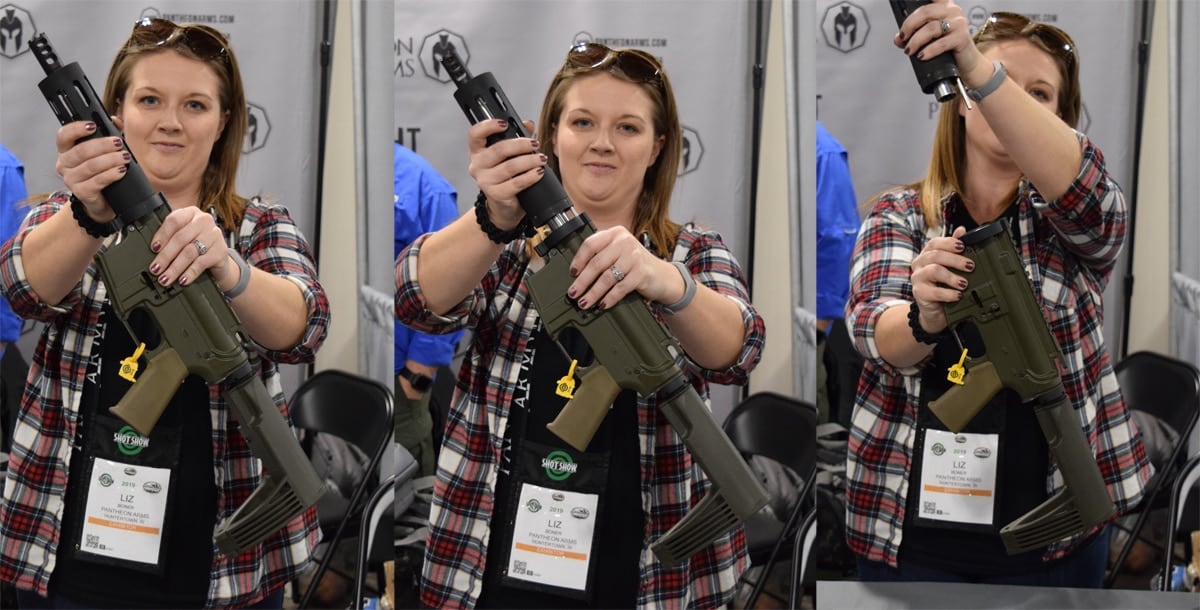 “After you’ve installed it with your castle nut, line your gas tube and your barrel. It drops right in. Rotate [ratchet sound]. It’s got a tri-lug system, much like a quick detach suppressor, for taking down,” Boner said. “And then when you’re ready to take it back off, you pull the pin, rotate the other way and just pull it right out.”

Pantheon rebranded from Huntertown Arms in 2015 and operates just outside of Fort Wayne in Huntertown, Indiana. Manufacturing some 10,000 units annually, Boner explained the company is not large but expanding.

The Dolos is available in a variety of calibers and lengths. Without handguards, the system retails for $185, but with handguards price is listed at $200.