A step up from the company’s popular REC7 5.56mm carbine, the new REC10 brings a .308 Winchester chambering to the line — a first for the Tennessee-based company.

Chris Barrett, president of Barrett Firearms, talked to Guns.com about the new direct impingement SR25-pattern semi-auto at the 41st annual SHOT Show in Las Vegas last week. Debuted on the commercial market just prior to the trade show, the REC10 has a carbine-length 16-inch chrome-lined barrel and machined billet receivers while accepting 20-round PMAGS.

Barrett emphasized that the 8-pound rifle has been through an extensive amount of military testing in the past couple of years that included a 6,000-round test fire with a suppressor attached. “So that’s a very tough test to get through but this rifle has been through it and is highly refined to live in those kinds of bad conditions,” he said. 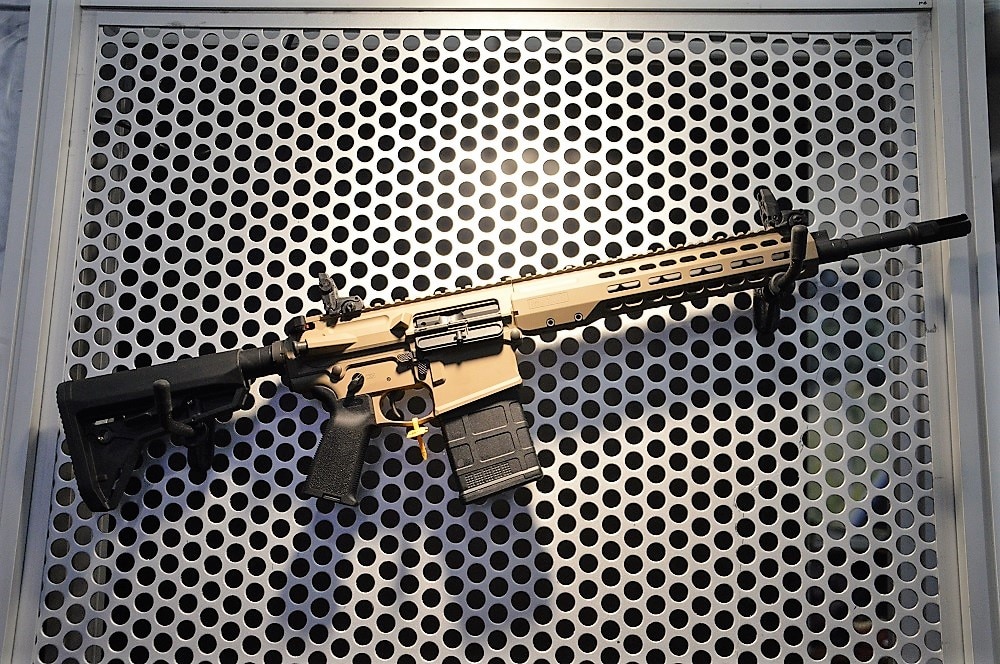 The rifle has a button-rifled chrome-lined barrel with a 1:10 twist. Overall length is 37.75-inches. (Photos: Chris Eger/Guns.com) 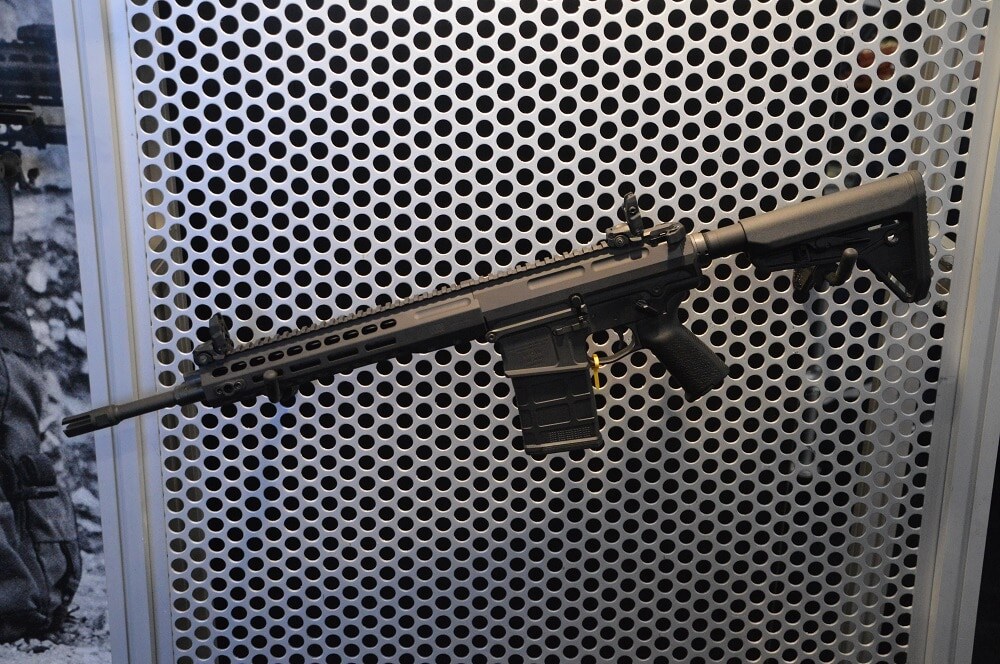 It is available in both Cerakote FDE and black.

Shipping standard with a free-floating M-LOK handguard and Magpul MBUSTM sights installed, the gun uses ambidextrous controls to include a Radian charging handle. MSRP is $2,750.