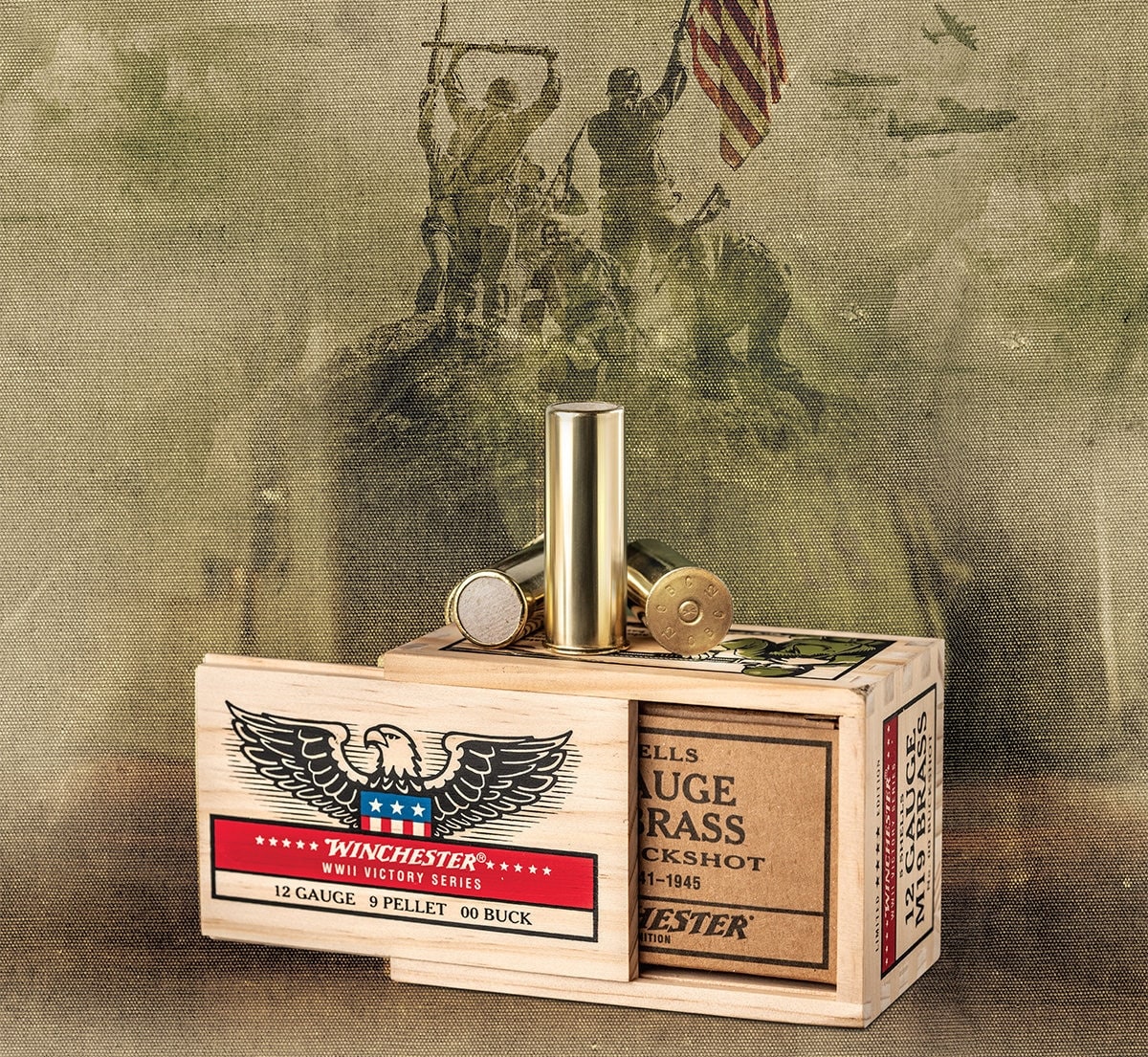 Winchester said this is the year its commemorative WWII Victory Series ammunition, paying homage to the anniversary of World War II, will finally meet consumers.

The ammo, .30 Carbine and 12-gauge, were announced last year at the 2018 SHOT Show but never quite reached customers. The ammunition looks to honor WWII by shipping in collector’s cartons and wood boxes. The ammo includes special head stamps as well as period correct load specs. Winchester says its 12-gauge offering boasts period correct brass hulls while the .30 Carbine is loaded to the same specifications that WWII paratroopers carried during Normandy on D-Day.

“During WWII, paper hulls commonly used for shotgun shells were inadequate in wet and rugged conditions on the battlefield. In response, Winchester provided full-length brass cased buckshot shells for use in clearing trenches and close fighting,” Winchester said of the 12 gauge. “Due to the advent of plastics, these shells have not been commercially available from Winchester for decades, but remain a very eye-catching piece of wartime history.”