During the Winter War in 1939, the masses of Red Army troops crowding into tiny Finland were met by a locally-produced sub gun that spoke 9mm with a universal translator.

Finnish firearm wonk Aimo Lahti crafted his Suomi submachine gun in the early 1920s in .32ACP, and it was adopted by the Finns in 9mm as the KP/-31 using either a 50-round coffin mag or a 71-round drum, and finally a 36-round double.

A simple blowback action in the open-bolt Suomi-konepistooli (Finn for or “Finland-Submachine gun”) kept the gun ticking like a clock while the 12.4-inch rifled barrel coupled with a one-piece wooden stock gave the gun an overall length of 34-inches.

A Tikka-made Suomi KP31 in all its glory. (Photo: RIA)

With thick milled steel parts instead of stampings and wood instead of plastics, the gun was heavy at just over 10-pounds unloaded. All that weight makes felt recoil in the Suomi a drean when compared to other SMGs.

The gun was well-liked and really successful– so much that the Soviets copied the drum for their PPD-40 and PPSh-41 after being on the receiving end of the Suomi’s 900 rpm burst during the white hell of the 1939-40 Winter War.

You know, in the hands of guys like this: 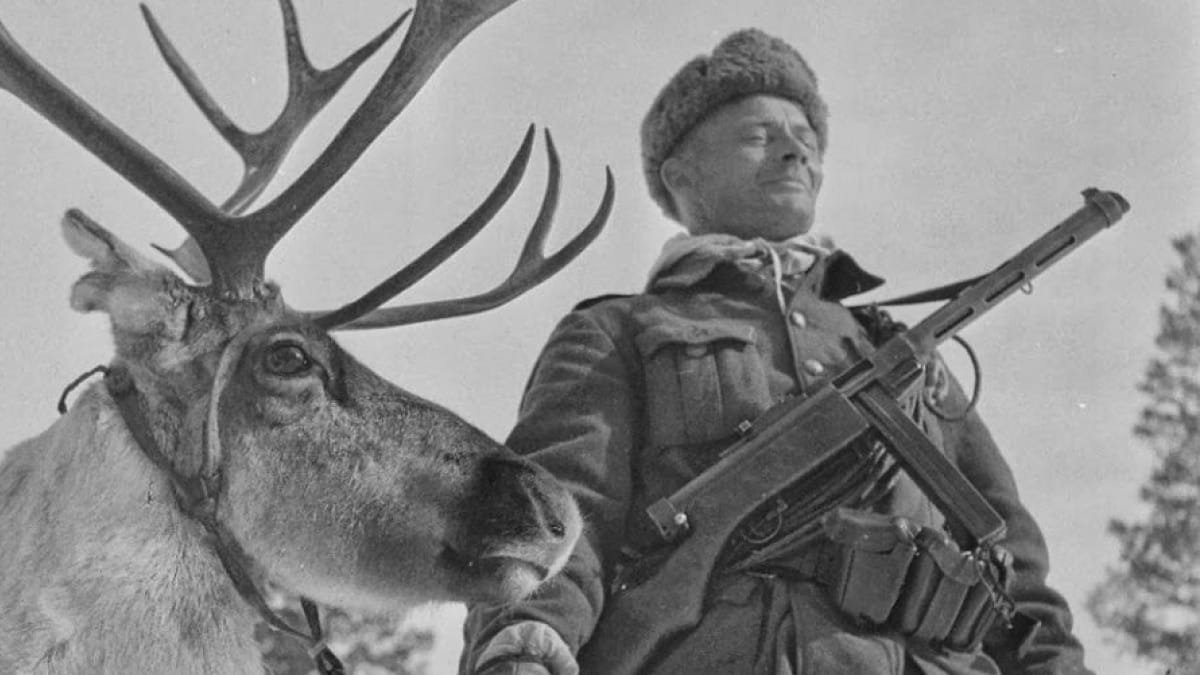 The popular expression in Finland about the conflict with the Soviets was “There are so many Russians, and our country so small, where will we find room to bury them all?” (Photo: SA-Kuva)

The guns were so popular the Finns kept them in service as late as the 1980s and they were widely used overseas.

Besides the Finnish-made variants, Hispano-Suiza made a licensed copy of the KP31 as the MP43/44 while the Finns’ Nordic neighbor, Sweden, produced the gun in both 9mm Browning Long and 9mm para as the M37/39.

Due to the Hughes Amendment, transferable Suomi’s that still are set to full-Helsinki run in the $20,000-range.

However, there are lots of semi-auto versions floating around by TNW et. al, typically made from Suomi parts kits.