For those wanting a bit more of a competition-ready top half to their VP9, complete with slide cuts and fiber optic sights, HK had their new long slide kit on display at SHOT Show.

While eventually the full-up VP9L pistol will be sold in standard paddle-magazine release and push-button VP9b formats in coming months, HK will have the loaded slide and barrel complete as a kit for existing VP9 owners who want to swap out. The overall length of the VP9L is 8.25-inches with a 5-inch barrel, offering a sight radius of some 7.25-inches. By comparison, standard VP9 models use a 4-inch barrel. 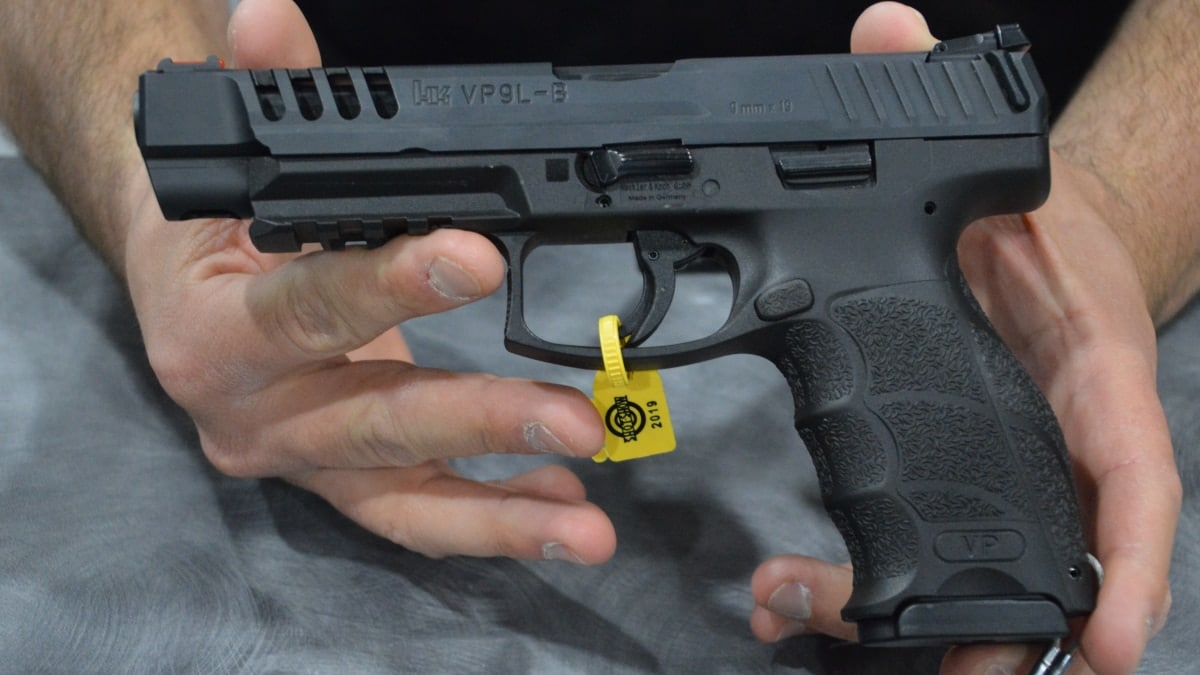 You can place the VP9L slide on any full-size VP9, shown on the new push-button 9b model at SHOT Show in Las Vegas last month. Caliber is 9mm on the striker-fired polymer framed gun. (Photo: Chris Eger/Guns.com)

While not on their site U.S. site, HK said they will have the Vp9L kit up for grabs “late this quarter,” although they have been quiet on the price. The model is timely when compared to Walther’s Q5 series.

Long offered overseas as the SFP9L model, the VP9L has been teased for the U.S. market since at least 2017. The timing of the offering is likely tied to increased production at HKs new Columbus, Georgia plant which boasts some 50,000 sq.ft. of manufacturing space. Sean Burrows from Team HK gives a mention that is where he first encountered the model two years ago — when it was still under wraps — in the above video. 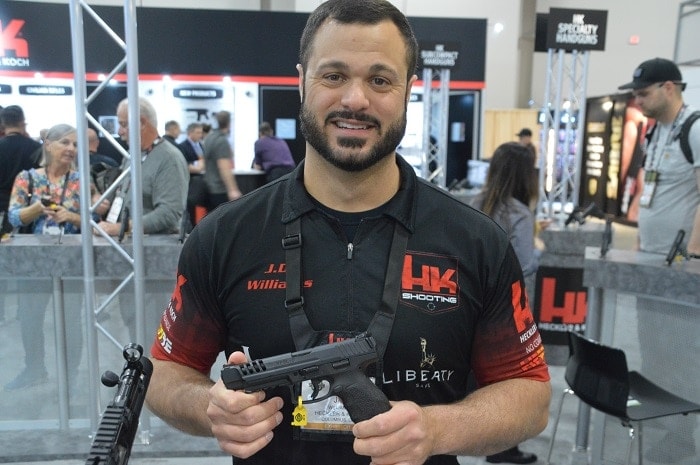