Just hanging out with some German snipers (VIDEO)

If you are a fan of Flecktarn and oddball German small arms, we have a video for you. The above English version of a video by the Bundeswehr, the German armed forces, shows a small team of air force combat control types moving around a simulated urban target to put rounds on a target at distance.

While the first couple minutes only show the slow-moving Teutonic troopers flagging their Klendathu -ready HK G36 rifles around corners, at about the 3-minute mark the true star of the short, the Scharfschützengewehr G22, drops in for a cameo. The G22, a version of the Accuracy International AWM-F, replaced the Bundeswehr’s Sturmgewehr G3ZF rifle, itself an accurized HK G3, in 1997 and has been the standard German sniper rifle ever since. 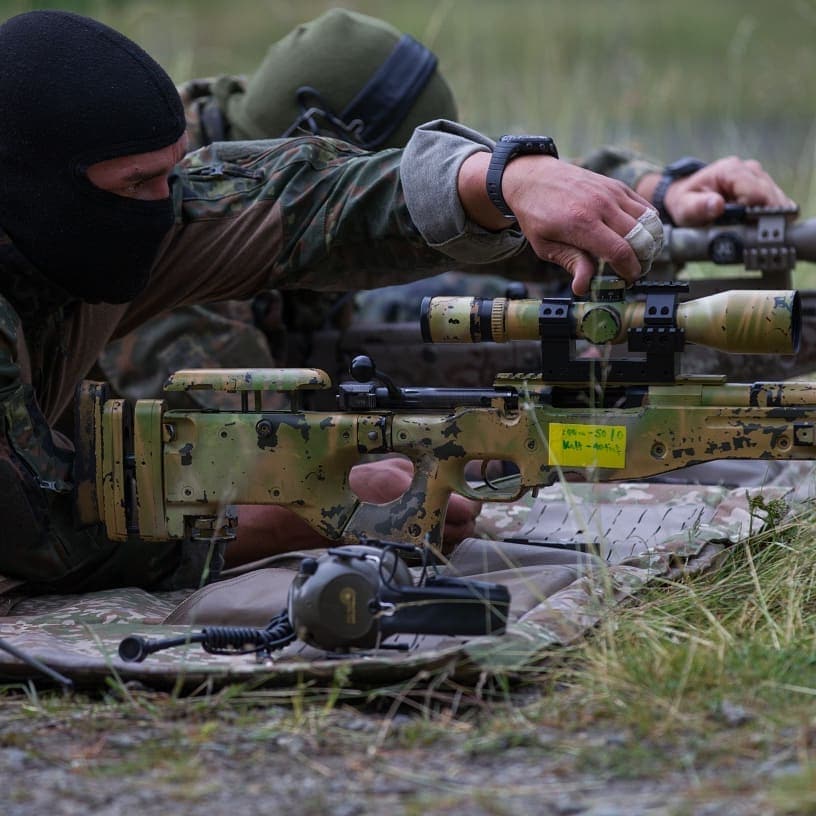 While AI has since replaced the AWM for their more modern AX series, the Germans are still using it around the world, although it is being augmented by the newer G29 rifle, made domestically by C.G. Haenel from their RS9 platform.

For more on the G22, in German, check out the bonus Bundeswehr video below.