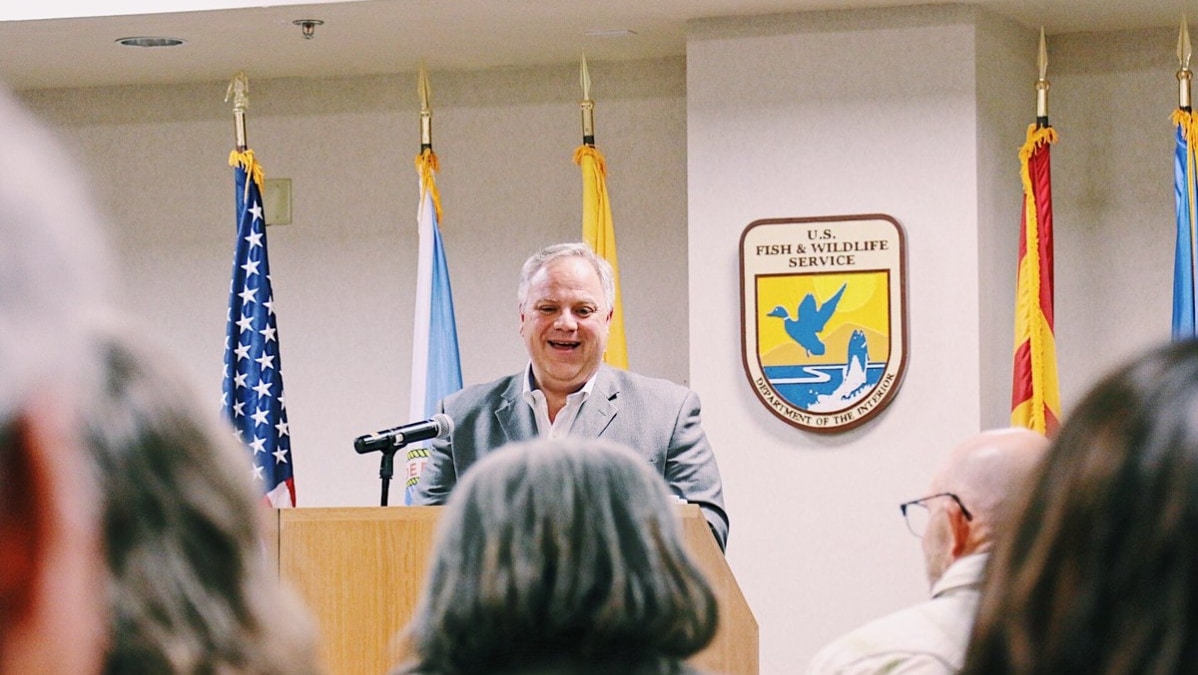 Bernhardt shown addressing U.S. Fish and Wildlife Service employees in June 2018 while he was Deputy Secretary of the Interior. (Photo: DOI)

President Trump on Monday nominated longtime Interior Department administrator David Bernhardt to head the Cabinet-level post charged with stewardship of most of the public land in the country.

Bernhardt, who currently serves as the Acting Secretary of the Interior since the departure of Ryan Zinke last month, had been confirmed by the Senate to the department’s number two position in 2017. The one-time lobbyist and outdoorsman who spent eight years in the Department in various high-ranking positions during previous administrations said, “It’s a humbling privilege to be nominated to lead a Department whose mission I love, to accomplish the balanced, common sense vision of our President.”

In the past two years the Department has expanded hunting and fishing opportunities on federal land, reversed a looming ban on traditional ammo, moved to protect big game migration corridors and attempted to swell the numbers of hunters and shooters through programs including designating August as National Shooting Sports month and October as National Hunting and Fishing month.

Since rejoining Interior two years ago, Bernhardt, who is an avid hunter, has worked with the sportsmen’s community to discuss policy priorities and has assisted with implementing recommendations from the newly-formed Hunting and Shooting Sports Conservation Council, an advisory group tasked with providing feedback to the Department to benefit wildlife as well as the hunting and shooting sports.

“I have known and worked with David Bernhardt for more than a decade and we are excited to continue to work with him as the new Secretary of the Interior,” said Dale Hall, CEO of Ducks Unlimited. “His integrity in following the law is beyond reproach. David Bernhardt is a champion of conservation and the right person for the job. We urge the Senate to swiftly confirm him.”

The Senate confirmed Bernhardt’s nomination for Deputy Secretary in 2017 by a vote of 53–43 while his appointment to the Department’s number three spot, solicitor of the DOI, was confirmed unanimously in 2006.