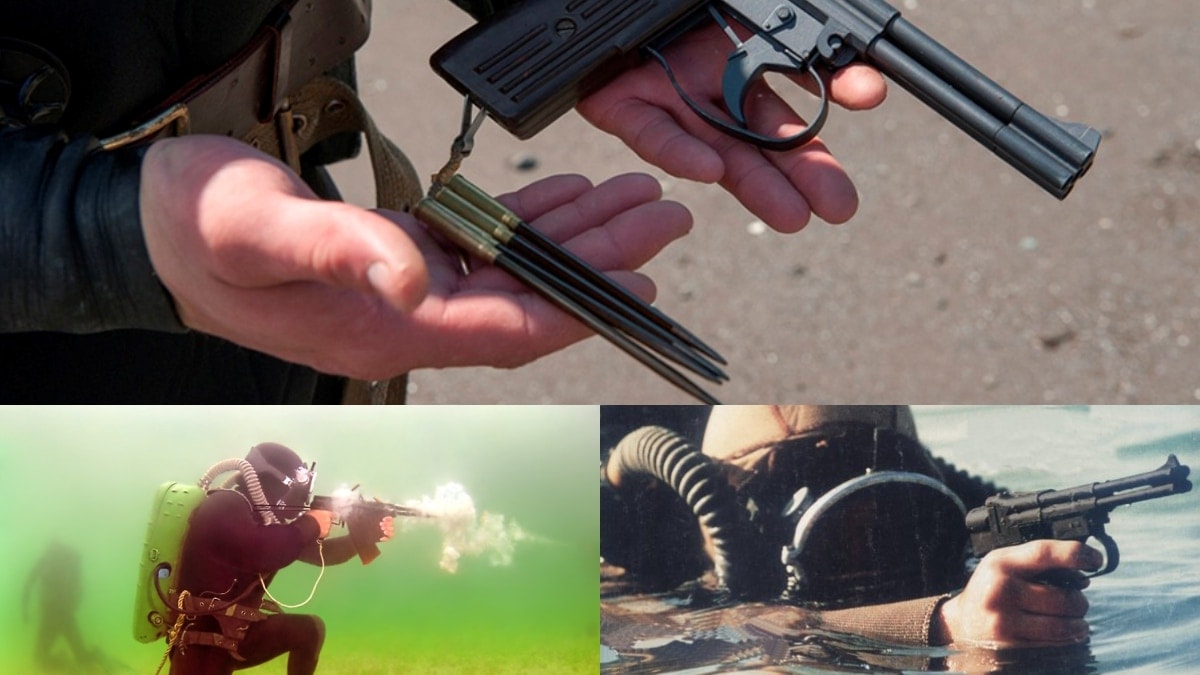 The Russians have been ready for undersea action since the 1970s and can now crank out as many as 10,000 dart-loaded rounds per day. (Photos: Russian Ministry of Defense)

Long considered essential beachwear for Russian frogman-types, production is ramping up for the special 4.5mm and 5.66 mm dart-projectile ammo used in the country’s underwater-capable guns.

Rosoboronexport, the state-owned arms trade company in Russian authorized to export defense goodies of all kinds, announced this week that their TSNIITOCHMASH engineering group has automated the process for cranking out the rather unique Cold War-era underwater cartridges, and can now make them at a rate of 10,000 daily.

Sergey Abramov, Rostec’s industrial director, said the new equipment would allow the output to “be enough to meet the demands of law enforcement agencies as regards this type of ammunition.”

The 4.5mm round fires a mild-steel flechette dart loaded atop a 39.5mm bottlenecked case and is used in the 4-shot SPP-1 pistol while the larger 5.66mm cartridge was designed for the APS rifle system.

Both the guns and the ammo they fire were invented by a team led by engineer Vladimir Simonov (no relation to SKS inventor Sergei Simonov) in the 1970s. They were specifically designed to perforate wetsuit-clad adversaries and their air tanks at close range with the pistol typically used at under 20m and the rifle at under 40m.

Although reportedly phased out by newer systems that fire dual-purpose 5.45x39mm ammo suited for both surface and subsurface targets, both the APS and SPP-1 still often appear in exercises with the Russian military and have been exported to Moscow’s allies who have concerns about things like harbor security, or sea monsters.

In the below (subtitled) broadcast from state-run Vesti News, reporting from Ryazan, which is home to the country’s airborne and commando schools, a really amped up reporter goes for a swim with a group of frogmen in training. Besides cruising around a pool designed to mimic a warship at anchor and leaping off a dive platform high enough to change your views on organized religion, the video shows off the loading and firing of an APS underwater rifle on a specially made submerged range.

The gun is readily identified by the “АПС” receiver marking seen at about the 2:16 mark in the footage.