Police in Sydney posted about a recent gun seizure that looks like nothing to brag about as they warn that it is now illegal to possess a so-called “Zombie knife.”

The New South Wales Police Force over the weekend announced the results of a “Firearms Prohibition Order search” conducted on the residence of a 51-year-old unidentified man that netted a “number of knives and blades, ammunition, an electronic stun device, and capsules believed to contain anabolic steroids” as well as two unlicenced guns.

The guns seem to be a pretty swag stainless Ruger Old Army black powder cap-and-ball revolver and something that looks like the love child between a staple gun and a modern art take on a Star 9mm. 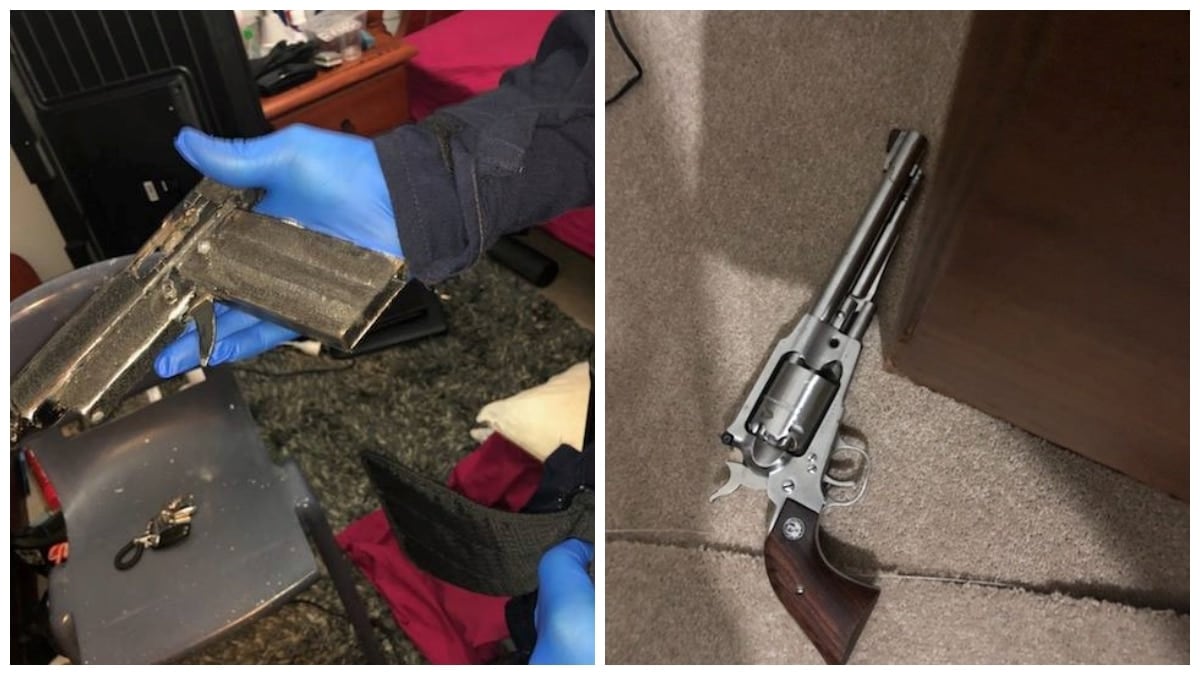 Maybe the first one identifies as a pistol (Photo: NSW Police Force)

The unidentified man was socked with a variety of charges and was refused bail.

Beginning at the end of February, the Weapons Prohibition Amendment (Zombie Knives) Regulation 2019 goes into effect (not a joke) in NSW. The maximum penalty for possession of one of these is 14 years in jail.

The law regulates a knife that:

a) is advertised or otherwise made available for sale using images or words that suggest the knife or device is intended to be used for violence, whether actual or threatened, against a person or fictional creature (such as a zombie), or

(b) has, on the blade or handle, images, words or markings that suggest the knife or device is intended to be used for violence, whether actual or threatened, against a person or fictional creature (such as a zombie), or has been used to inflict violence.

As there is no amnesty available for these green pieces of unevenly sharpened novelty metal, owners can only turn them over to police in an unconditional or conditional surrender, with the difference in the last one a 28-day wait while the owner tries to register the blade and obtain a prohibited weapon permit. There is no reimbursement.

“There is absolutely no place for these dodgy weapons in our community, which is why the NSW Liberals & Nationals Government has acted to keep people safe,” said Police Minister Troy Grant.