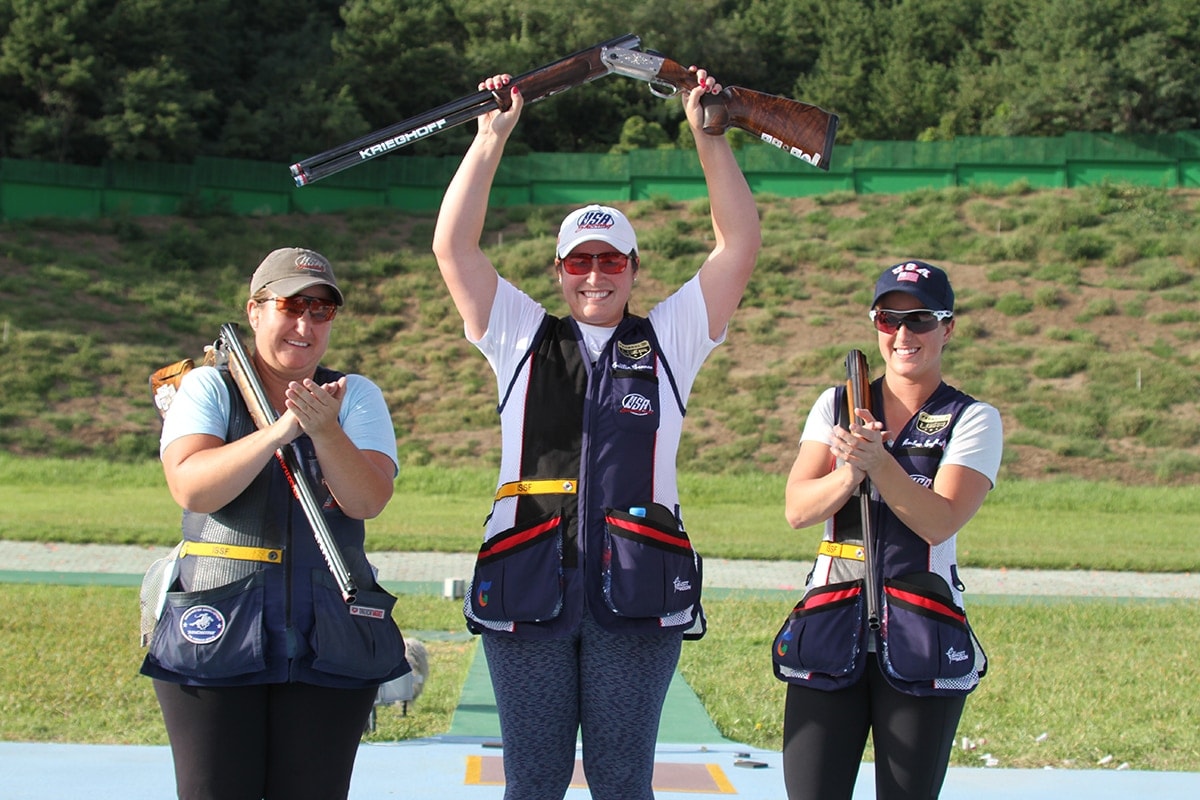 Glittering gold medals lay neatly across the podium. Every so often, a passerby walks up to admire the Olympic gold and speak to the owner, Kim Rhode. Rhode is friendly, happily answering questions, signing autographs and allowing those that stop a chance to see Olympic medals up close. Rhode, along with roughly 5,000 other athletes, belongs to USA Shooting.

Formed in April 1995, USA Shooting is the national governing body for Olympic and Paralympic shooting. Headquartered in Colorado Springs, Colorado at the U.S. Olympic Training Center, the non-profit organization plays its part to supports its current members and shooters while also encouraging new recruits. USA Shooting is responsible for organizing development programs and sanctioning events all with the goal of getting U.S. athletes to the top of the Olympic podium.

“We are a very small national governing body in the Olympic family so we work a lot with 4-H, Boy Scouts, Girl Scouts, Scholastic Clay Target Program, Scholastic Shooting Sports Foundation. We rely on those to get kids shooting because once you learn the basics of marksmanship, trigger control, focus, dedication, goal setting we can translate that into the more specialized Olympic style,” Jessica Delos Reyes, Associate Director for Media and Public Relations for USA Shooting, told Guns.com. “That’s basically what we’re trying to do is get on top of the podium for the United States.” 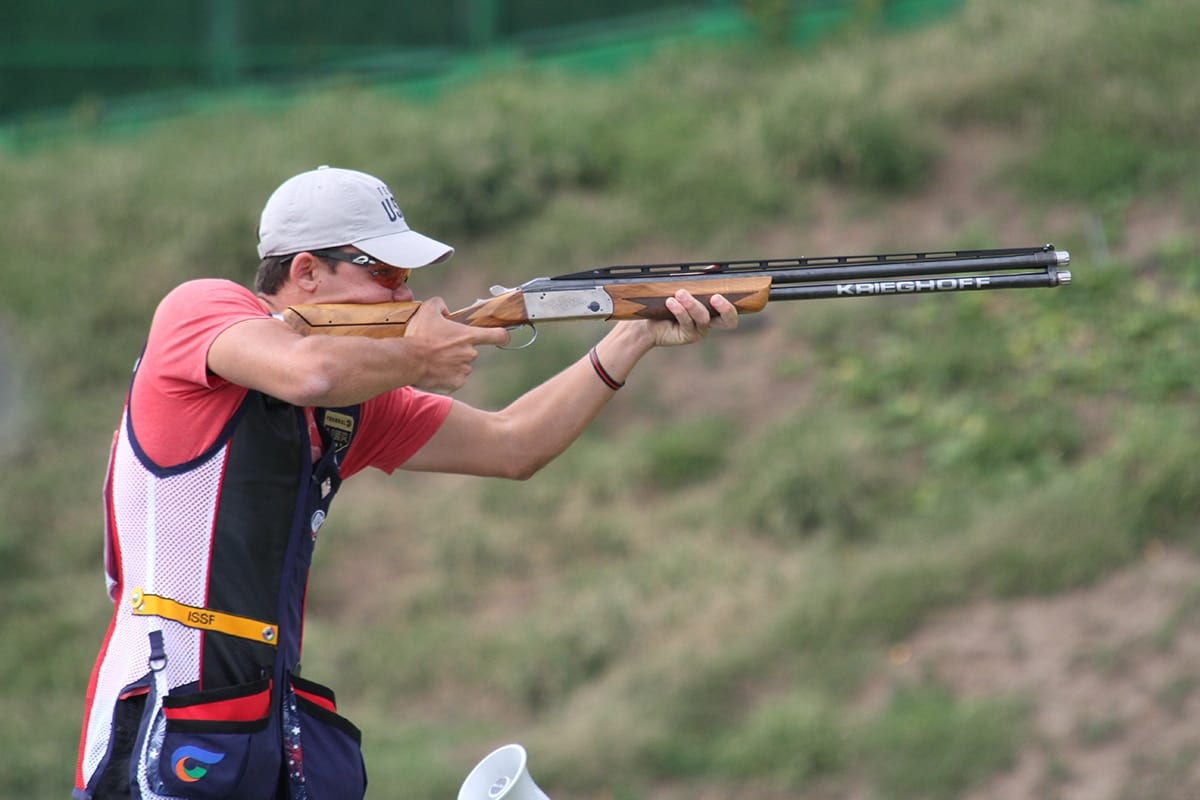 Though competition shooting, in general, is seeing an uptick in interest within the gun community, Delos Reyes says USA Shooting hasn’t quite experienced the influx of shooters it wants. Nevertheless, the group has been working consistently to raise awareness in the hopes that more interested gun owners will turn to Olympic and Paralympic shooting as an avenue to pursue their goals and dreams.

“A lot of our events they don’t have the loud bang bang but you can get an NCAA scholarship shooting Rifle. A lot of people don’t know that,” Delos Reyes explained. “You can turn that plinking into an Olympic dream.”

Unlike other Olympic sports, shooters are not limited in terms of how long they can participate or restricted by somatotype. Shooting opens the door for nearly anyone to work their way towards the Olympic dream. 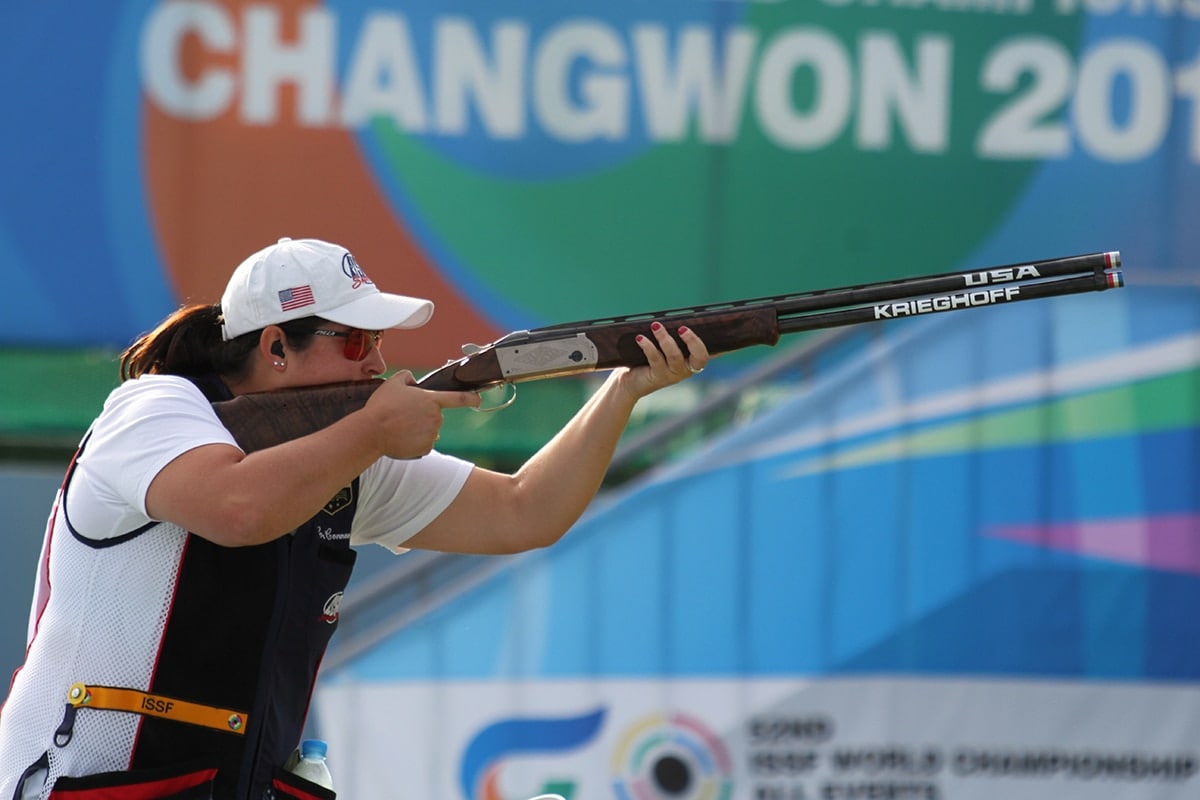 While USA Shooters focus on their sport, sweating it out in the summer months for practice and freezing in cooler climates in the winter, they share a similar attitude towards the sport. Never forgetting that they are the link between the public and the shooting sports, the athletes, like Rhode, are friendly, warm and approachable. Delos Reyes says this too sets USA Shooting apart from other high profile Olympic sports. USA Shooting athletes understand the part they play in encouraging participation and happily share the secrets to their Olympic success.

“It’s just people who are dedicated, focused, and willing to put in the work,” Delos Reyes added. “We’re trying to send that message home so hopefully people realize that with shooting they can have longevity in the sport.”

For more information about USA Shooting and how to get involved, check out their website.