The Boys: A .55-caliber rifle meant to snipe tanks (VIDEOS)

With the armor of the average 1930s tank being just past the thickness of a tin can, the .55-caliber Boys anti-tank rifle was the bees’ knees. The above segment from American Rifleman holds school on the outsized anti-material rifle.

Invented in the aftermath of World War I where the Germans used a 13.2mm bolt-action Mauser on steroids to take potshots at Allied tanks lurking around No Man’s Land, the similar concept designed by British Army Captain HC Boys was almost a no-brainer. Chambered in 13.9x99mm, Boys’s rifle was a 35-pound man-portable weapon capable of taking out a tank armored with 1-inch thick steel plate at 100-yards. 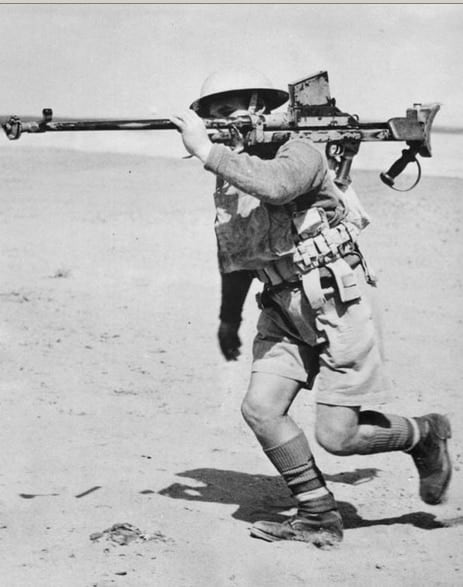 You had to be dedicated to hump a Boys around the deserts of North Africa looking for zee Panzers.

The overall length, with the standard 36-inch barrel, was just past 5-feet long, as tall as some of the men who would operate it. A five-round detachable box magazine gave the user an option for rapid follow-up shots if needed. Typically, a two-man crew would carry the rifle, spare parts, 8 magazines, and 40 rounds.

While useful in the early part of WWII, tank design left it behind as armor got thicker and the Boys was relegated to more of a support use as weapons such as bazookas and recoilless rifles were tapped moving forward.

If you have some time to kill, check out the classic Disney-produced training film on the gun, below.