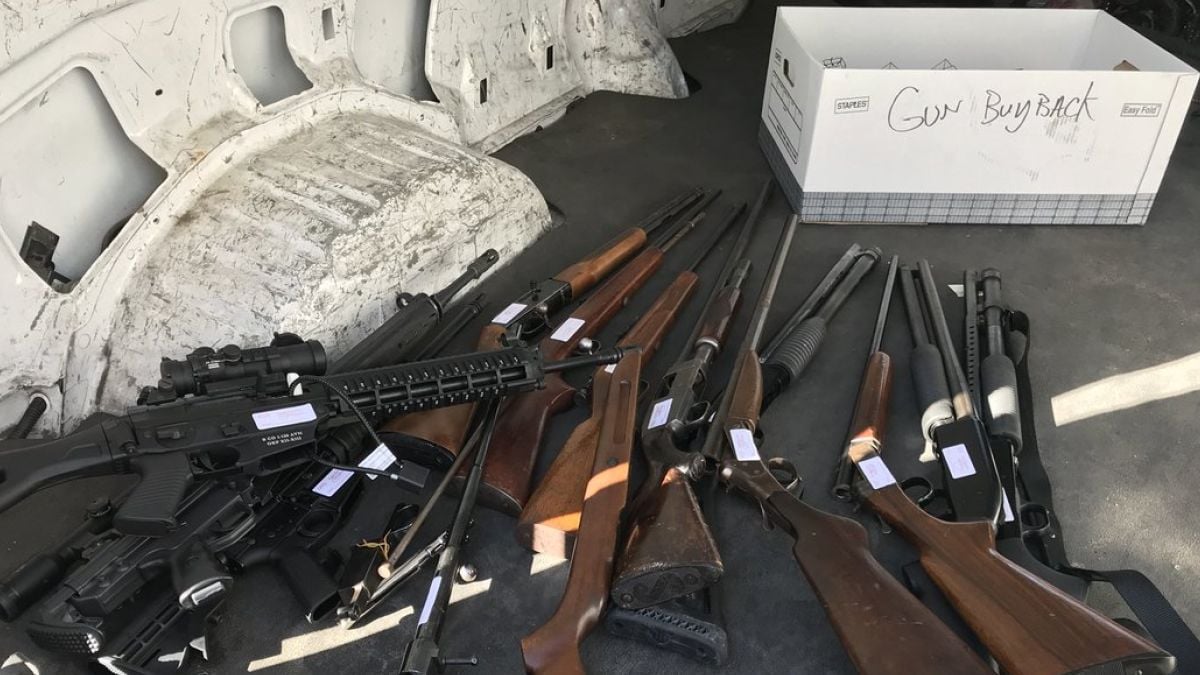 The results of a gun buyback in California. Such events, if using public funds or local law enforcement assistance, could be illegal in North Dakota under a bill passed in the state House this week. (Photo: SFPD)

Lawmakers in the Republican-controlled body sent a strong pro-gun message on Tuesday by making it illegal to use public dollars to buy private guns while turning away a so-called “red flag” bill.

Approved 66-26 was HB 1381, which both bars the use of taxpayer dollars for firearm “buyback” programs while at the same time making it illegal for law enforcement to support one. Violators face a misdemeanor penalty.

“The state should not be in the business of buying back guns. Ever,” Rep. Luke Simons, a Dickinson Republican and sponsor of the bill, told lawmakers earlier this month.

Scott W. Phillips, an associate professor of criminal justice at SUNY Buffalo State, researched a series of gun buybacks and concluded they do little to impact crime. “Does it work? No,” Phillips told The Buffalo News in 2017. “Should they keep doing it? I wouldn’t bother wasting their time.”

HB 1381 now heads to the state Senate for further review.

Rejected this week was a measure backed by gun control groups to institute a Public Safety Protection Order program that would allow police or family members of an individual thought to be at risk to petition the courts to have the individual’s guns seized for up to a year pending a hearing. The proposal, HB 1537, only drew 17 supporters while 76 lawmakers turned a thumbs down.

First implemented in Connecticut in 1999 and rapidly expanded after California instituted their own version in 2014, more than a dozen states have similar laws in effect to implement “Extreme Risk Protection Orders” or “Gun Violence Restraining Orders.” Opponents have characterized them as “Kafkaesque” and constitutionally suspect programs that allow those with sometimes little knowledge of an individual’s situation to obtain a gun seizure order without the person deemed “at risk” even being present in court.