Up close with the Croatian bullpup: The HS Produkt VHS (VIDEOS)

Designed and built by the same company in Croatia that makes the XD for Springfield Armory, the VHS bullpup rifle is seldom seen on this side of the Atlantic. Larry Vickers happened to stumble across one in his travels in Europe at the Sellier & Bellot ammo works in the Czech Republic and lights it up in the above short.

Introduced by gun maker HS Produkt in 2007, the VHS (Višenamjenska Hrvatska Strojnica—multifunctional Croatian machine gun) has nothing to do with a Blockbuster Video franchise and everything to do with a being a sweet 5.56x45mm short-stroke gas piston operated bullpup rifle. In 2013, an updated version, the VHS-2, premiered and has since replaced the original variant in production. 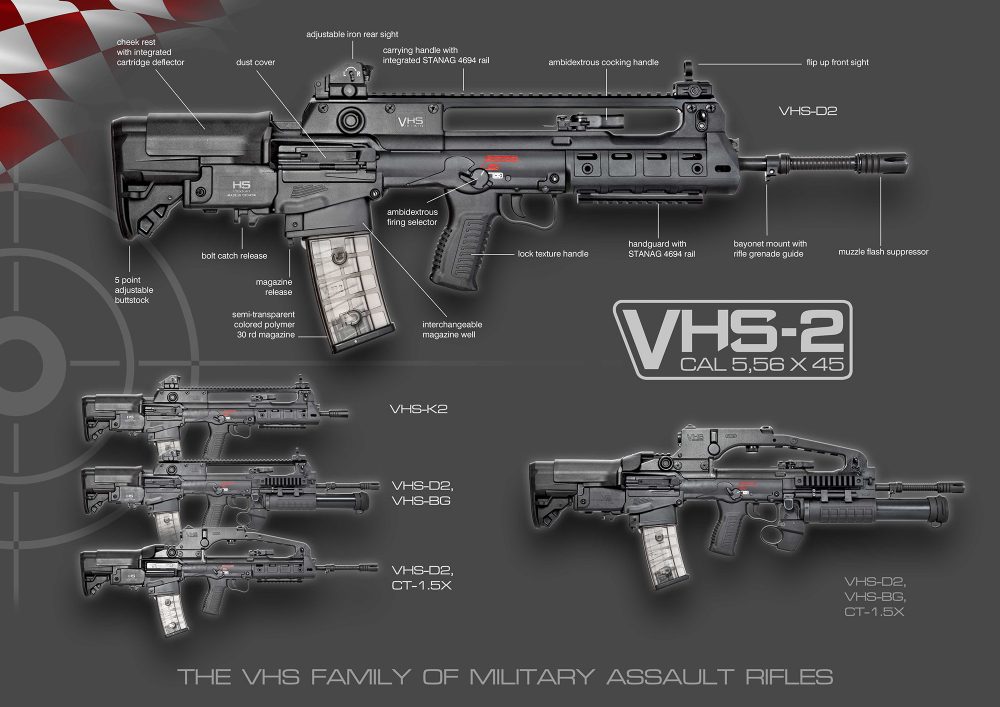 But where is the GRIP ZONE? (Photo: HS Produkt)

Overall, it is a pretty interesting design and the VHS has been adopted as the standard infantry weapon of the Croatian military (buy local, right?), as well as grabbing smaller contracts with neighboring Bosnia-Herzegovina and in Africa and the Middle East.

For some more footage of the gun in action, check out HS Produkt’s 2017 promo video below and be on the lookout for XDs!