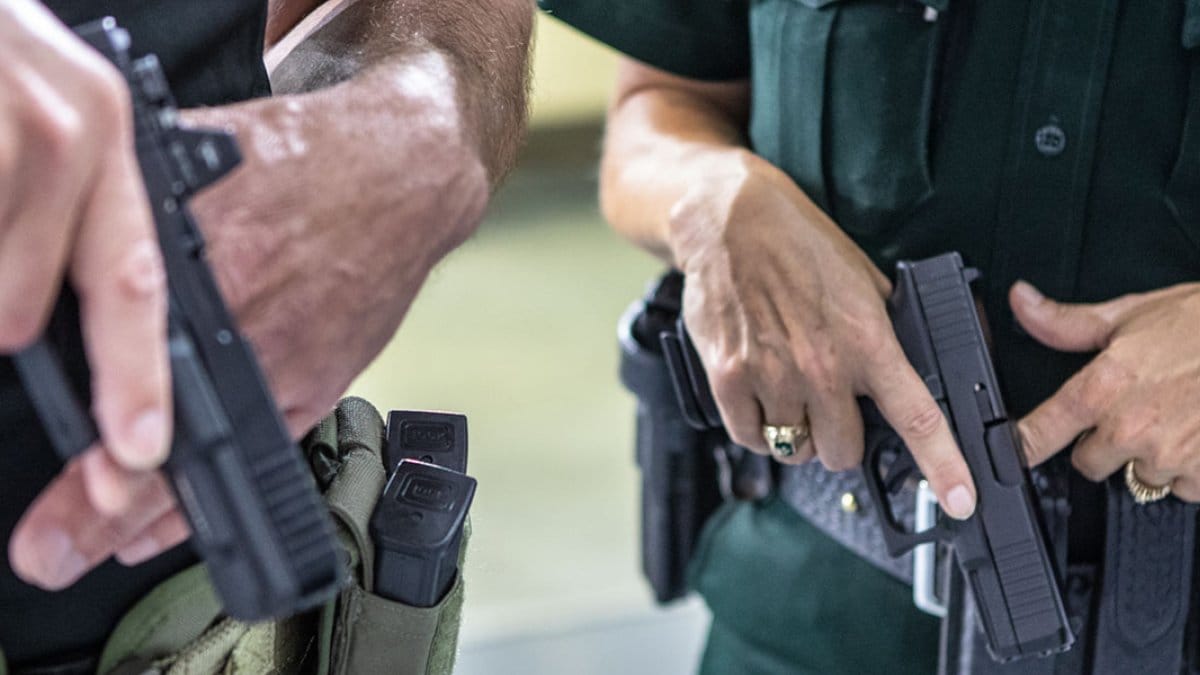 The polymer pistol powerhouse has announced that several agencies have gone with the latest Gen 5 Glocks, such as the G45. (Photo: Glock)

With their late model Gen 5 series and Glock 45 pistols new to the market, the company this week announced a number of police agencies are upgrading.

In a statement this week from Glock’s Georgia-based U.S. headquarters, the Baltimore County Police have made a high-profile switch from the FNS-40 to the Gen 5 G17 while Missouri’s Ste. Genevieve Sheriff’s Department has replaced their Sig Sauer pistols with Gen 5 G19s and G17 models. Meanwhile, in Washington, the Lynnwood Police Department has also swapped out their Sigs for Gen 5s and the Tennessee Department of Revenue is getting new Glock Model 45s in place of Sigs.

“The newest generation of Glock pistols demonstrate precisely engineered design enhancements that perform flawlessly to meet the demanding level of reliability, accuracy and durability required by those who go into harm’s way,” said Josh Dorsey, the company’s VP. “The continued adoption of the 5th generation of Glock pistols by those who swore an oath to protect and defend is a demonstration of trust and dependence in our pistols when seconds count.”

Glock introduced their 5th generation polymer framed striker-fired handguns in late 2017 with updated versions of the G17 and G19, and have moved to expand the models available since then. While legacy generations are still in production, the new Gen 5s delete the finger grooves found on prior versions while adding ambidextrous slide stops, an nDLC finish billed as reducing corrosion, a dehorned slide nose, and a redesigned trigger. Additionally, they carry the Glock Marksman Barrel which brings enhanced polygonal rifling and an improved barrel crown, which the company says promotes increased accuracy.

The Glock 45, a new Gen 5 model described as a crossover design that utilizes a compact slide and a full-size frame, was introduced last September. The 9mm features the same 17-round standard magazine capacity of the G17 while coming in a few ounces lighter and having a 7.44-inch overall length, which is about a half-inch shorter.