Getting to warm some barrels in the snow (VIDEO)

Far from home, some Tennessee Army National Guard troops are busy fighting General Winter in Eastern Europe. The citizen-soldiers of the 278th Armored Cavalry Regiment are currently part of Battle Group Poland and recently got to take part in a winter live fire during Operation Raider Lightning. BGP is a multinational force, made up of the Americans as well as troops from the U.K., Croatia and Romania soldiers who are integrated with the Polish 15th Mechanized Brigade as part of NATO’s deterrence mission in the area.

The above video is filled with gratuitous small arms and heavy weapons in the winter wonderland that is the Bemowo Piskie Training Area in Northeastern Poland. If you have quick eyes, you will spot M4s, M240s, Bradly fighting vehicles which pack their own 25mm cannon, and M1 Abrams main battle tanks drifting (literally) in the snow before kicking off their beautiful M256 120mm smoothbore guns. 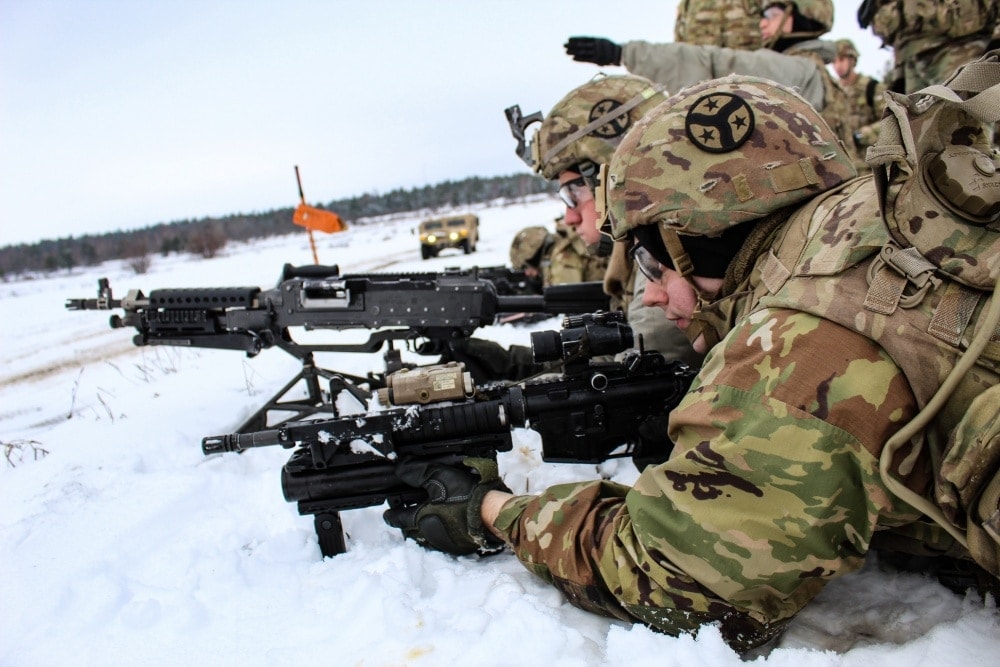 Notice the stubby M320 40mm grenade launcher mounted on the M4 carbine in the front. M240 party favors in the back. (Photos: U.S. Army)

Then come M109 155mm self-propelled howitzers and a Mk 19 40mm grenade launcher. You know, all the fun stuff.

The trenches in Bemowo Piskie are a historic throwback, as the region prior to 1945 was the German army’s Schlaga-Krug training center, near Arys, in what was then East Prussia and saw everyone from Napolean to Ludendorff and Zhukov pass through. 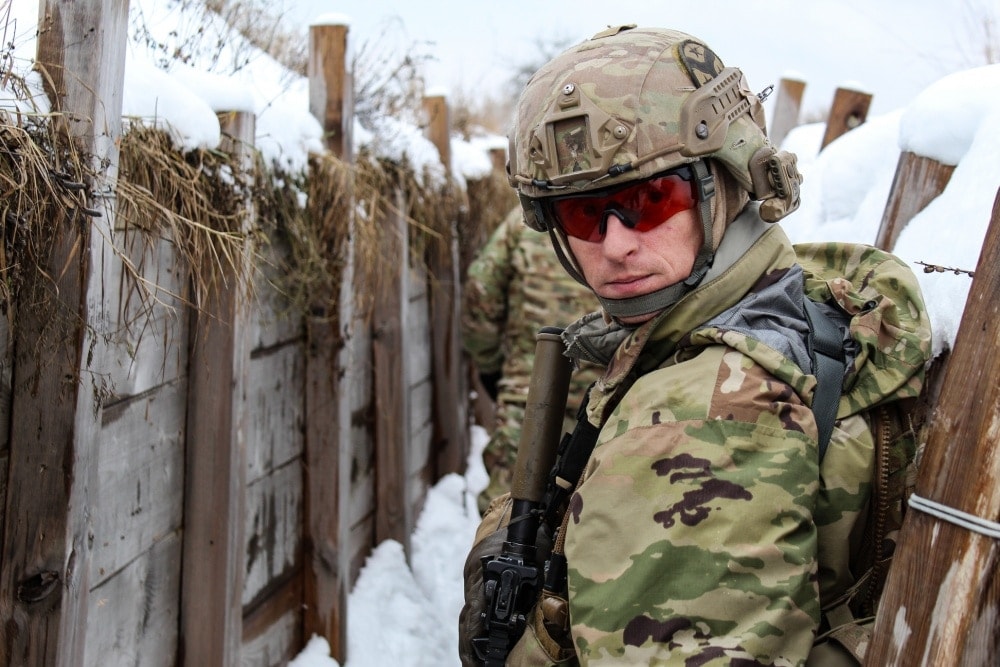