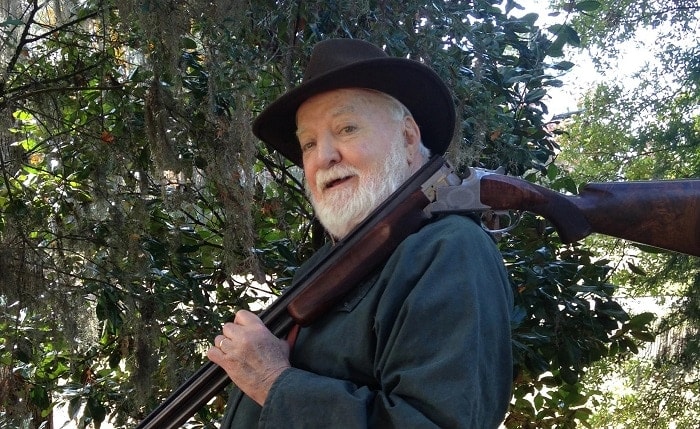 William E. Butterworth III, who published more than 250 books under W.E.B. Griffin and other pseudonyms, has died at age 89.

Butterworth, an Army veteran, was born in 1929 in New Jersey and enlisted in the military in 1946. Trained in counterintelligence, he served in the Army of Occupation in Germany before attending college. Recalled to the service for Korea, he earned a Combat Infantry Badge as a combat correspondent before he was released from active duty in 1953.

His novels included the nine-book Brotherhood of War series, 10-volume The Corps series, seven-book Men of Honor series, and others, concentrating on service in the Army, Marines, WWII-era Office of Strategic Services, and Philadephia Police Department. He also wrote under at least 10 other pen names.

“Nothing honors me more than a serviceman, veteran, or cop telling me he enjoys reading my books,” he said.

A cigar-smoking avid hunter and Lifetime member of the NRA, he met his second wife, Pilar, on a trip in Latin America that he largely retold in the semi-autobiographical novel, The Hunting Trip.

Butterworth, a resident of Daphne, Alabama, died of cancer and his surviving family– to include three sons and a daughter, his grandchildren, and great-grandchildren– request that in lieu of flowers, donations be made to Operation One Voice, Special Operations Warrior Foundation, and The Sanctuary International.