Northeast governors look to double down on gun control in 2019 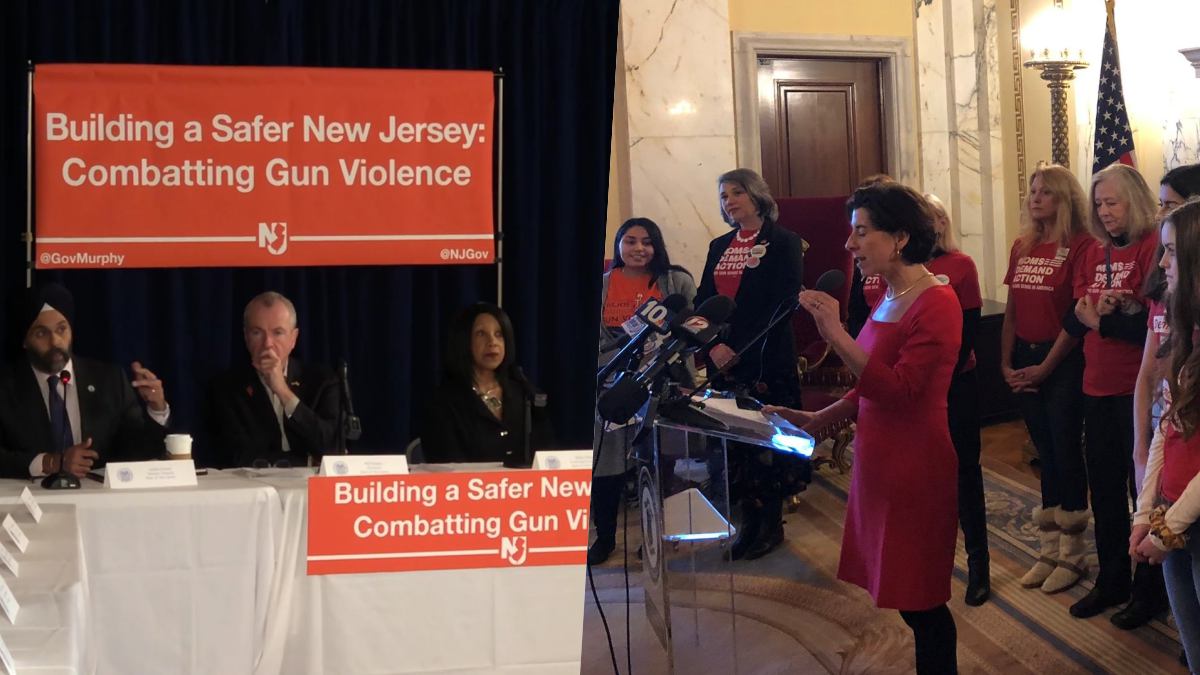 After shepherding new gun restrictions into law last year, Democrat governors in New Jersey and Rhode Island are back this year asking for more. On Tuesday, New Jersey Gov. Phil Murphy, joined by gun control advocates and state Dems, unveiled a push for what he termed “Gun Safety 2.0” after enacting a host of new gun laws in 2018.

On the list of measures advocated by Murphy and others included a crackdown on online plans to construct firearms, outlawing unfinished receivers and kits dubbed “ghost guns” by lawmakers and smart gun mandates. Further proposals are would require ammunition sellers to electronically record sales, mandate state-issued licenses to purchase ammo, establish duplicative state laws against “straw buyers,” and expand the pool of crimes that would trigger a lifetime gun ban. Another effort would require new gun buyers to pass a safety course.

Last year, Murphy, who ran for office with the strong support of gun control organizations, signed six new laws including a “red flag” seizure measure to remove guns from those believed to be threats, one to trim magazine capacity down to 10 rounds, enhanced background checks, a ban on “armor-piercing” ammo and a measure to make it harder to get a gun permit.

In addition, he took a number of executive actions on guns, issued a ban bear on hunting on public land. He also installed a former Giffords staffer to a newly-created position of a gun control czar. Finally, he supported a Giffords-allied effort to spend $2 million in state funds on gun violence research as a health care issue.

Fresh off a reelection win, Rhode Island Gov. Gina Raimondo earlier this month announced a legislative package of what she deemed “critical gun safety reforms” that would ban many common semi-automatic firearms, outlaw magazines capable of holding more than 10 cartridges, and bar school grounds to those otherwise legally carrying a concealed weapon. The proposals came from the findings of a working group of lawmakers, prosecutors, medical professionals and gun control advocates picked by the governor.

“We can’t sit back and deny our children the right to safe schools and safe communities,” said Raimondo. “We know that these reforms will save lives.”

Raimondo last year signed a statewide bump stock ban into law as well as a “red flag” bill to seize guns from those thought to be at risk. The ACLU of Rhode Island had blasted the latter proposal as being overly broad and by nature speculative, making it ripe for potential abuse while not meeting the mental health needs of someone potentially in a crisis.

Acting unilaterally, Raimondo also issued executive orders directing authorities in the state to use all legal steps to remove firearms from the home of those they feel are a danger and bar guns, except those carried by law enforcement, from public PK-12 schools.

Meanwhile, Raimondo’s budget proposal for 2020 would up the tax rate on guns and ammunition in the state to 17 percent.