John Clark, the editor of the Cowboy Chronicle Quarterly and cowboy action shooter for 25 years, shares the techniques used in the sport of Wild Bunch Action Shooting — a subset of Cowboy Action Shooting.

Originating from the Sam Peckenpah film The Wild Bunch, the sport, like the movie, focuses on wild west firearms. In specific,  the 1911 Colt takes center stage. Broken up into two categories — modern and traditional — Wild Bunch Action shooters tackle a course of fire with a 1911 pistol.

“In the traditional category, you use a standard mil-spec 1911 pistol, exactly as they used by the army in the early 1900s. No modifications to the sight, hammer or any of the safeties. You must shoot that one-handed,” Clark said. “You can also shoot in the modern category for those who have more modern firearms. In the modern category, you can have enhancements. You can have extended safeties, skeletonized hammers and better sights. You can also shoot two-handed.” 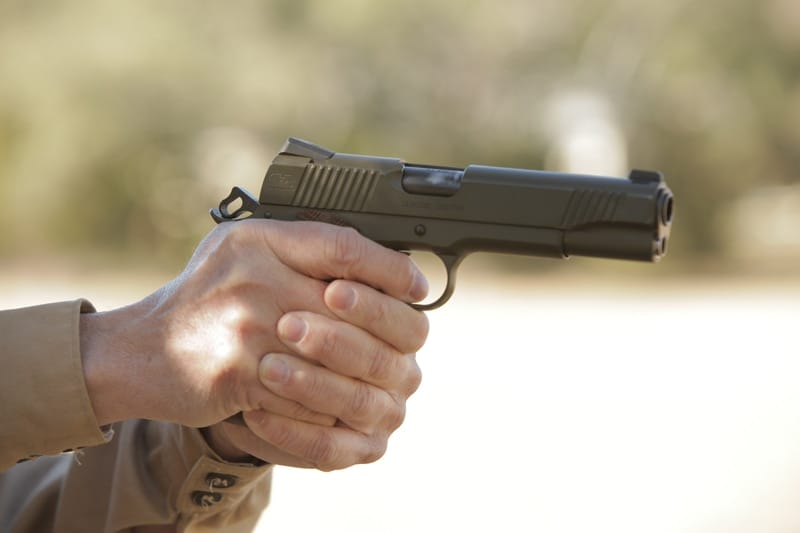 The 1911 Clark shoots in the modern category of Wild Bunch Action matches features a skeletonized hammer and a beavertail safety. (Photo: Don Summers/Guns.com)

In addition to 1911 pistols, Wild Bunch Action Shooting also permits the use of any legal Single Action Shooting Society cowboy action shooting rifle, 40 caliber or above, and a pump-action shotgun in “trench gun” configuration. 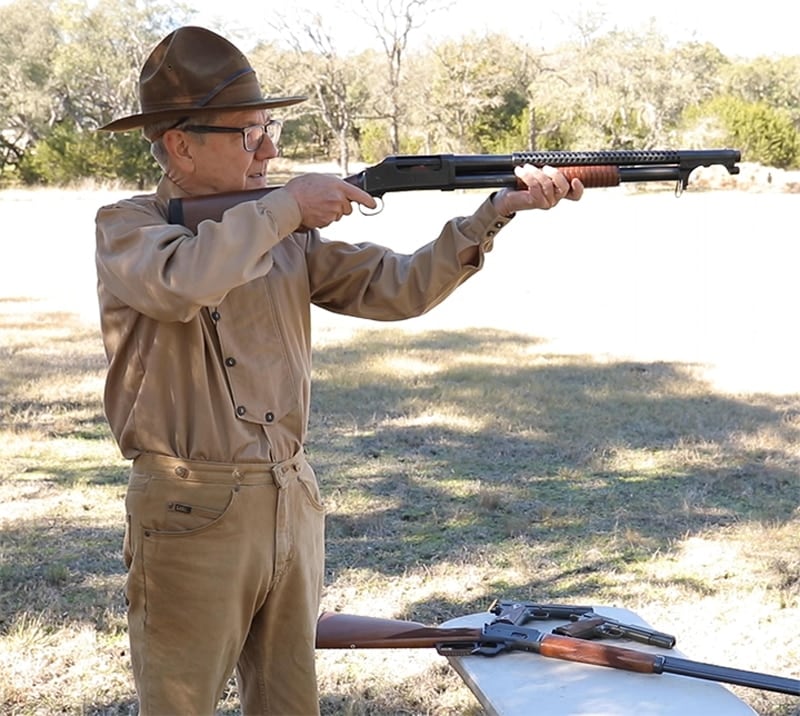