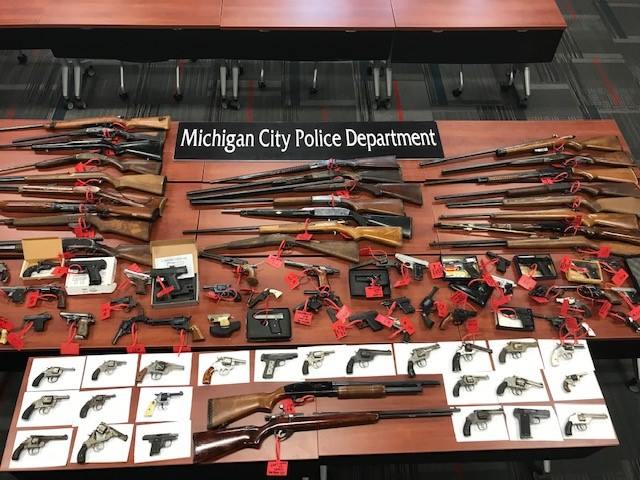 If you squint hard, you can see one or two nice pieces– such as the Spanish Eibar Ruby pistol in the bottom right corner. As for the other 143 “guns,” well, beauty is in the eye of the beholder (Photos: MCPD)

Police in Indiana hosted a two-day event in which the community could fork over unwanted guns for a $100 gift card. It looks like the cops got robbed.

The results posted of the Michigan City Police Department’s collection of odds and ends amounted to 145 guns, all of which the agency says will be destroyed. However, many thought the effort was misplaced, largely due to the meager accumulation of low-value guns shown off by the department.

“Congratulations, with those antiques off the streets, the pony express is sure to make their deliveries,” said one.

“Some of those guns were older and more worn out than my grandpa’s buckskin rubber,” remarked another. 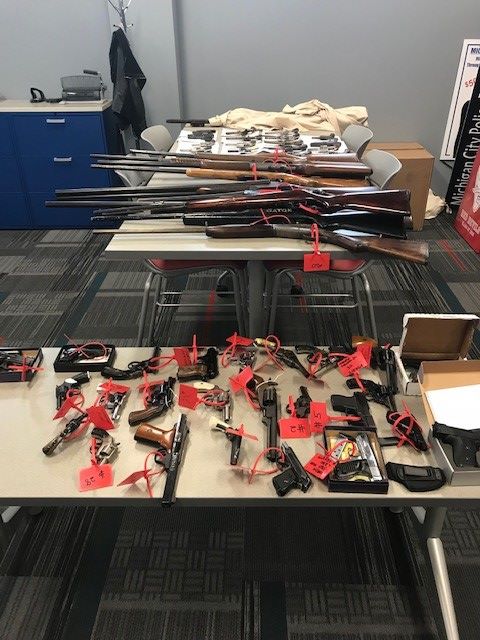 “Michigan City PD finally broke up the infamous Metamucil gang. They committed most of their crimes between 6 AM and 1 PM, before nap time.”

“I heard they got a sick muzzleloader with a bump stock on it.”

“Did they really turn in a black powder revolver? I’m so glad they were able to stop John Marston from robbing any more trains with it.”

The agency, about 60 miles from downtown Chicago, also posted a number of photos of gun owners forking over unwanted hardware– a move many slammed as potentially dangerous as it showed often elderly members of the community who may no longer have firearms but definitely had a $100 gift card among their possessions. 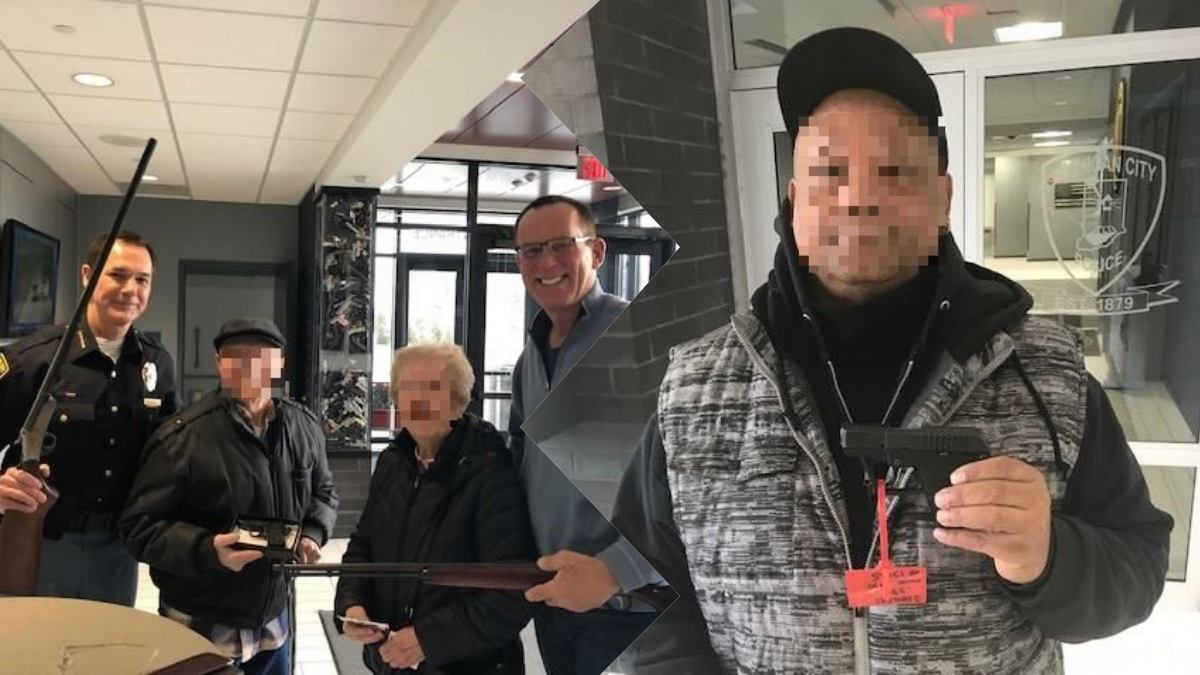 A senior couple brought in a single-shot 12 gauge, a .22 rifle and a small semi-auto handgun while another man sold police a Grendel P10, a somewhat obscure stripper-clip-fed .380ACP that predated the more successful Kel-Tec P3AT.

The $100 cards were paid for by Horizon Bank and MCPD’s Community Outreach Donation Fund.

Incidentally, Guns.com is a Federal Firearms Licensee and offers money for guns you’re looking to sell. We promise to find it a forever home.

*Updated from the original to reflect that Michigan City is in Indiana, not Michigan, as originally reported.*