Started in July 2018, the group brings together leaders in the gun industry all working towards reducing gun violence, negligence and suicide. Michael Sodini, President of Eagle Imports, is an instrumental part of the organization’s development. Pouring his heart and soul into the project, Sodini’s mission is to better serve those in the gun community.

The stigma surrounding mental health is the very reason why so many gun owners opt to remain silent, internally struggling instead of seeking help. Genevieve Jones, social influencer behind the Instagram handle Beyond The Unknown, knows first hand what it’s like. Jones is a vocal mental health and gun rights activist using her own experiences with anxiety, PTSD and OCD as a means to encourage others and break the stigma around mental health.

“It is really difficult to come out and actually talk about this stuff especially when it affects us personally,” Jones explained. “To have to hide that from everybody out of fear really does suck. Changing the stigma is a must.” 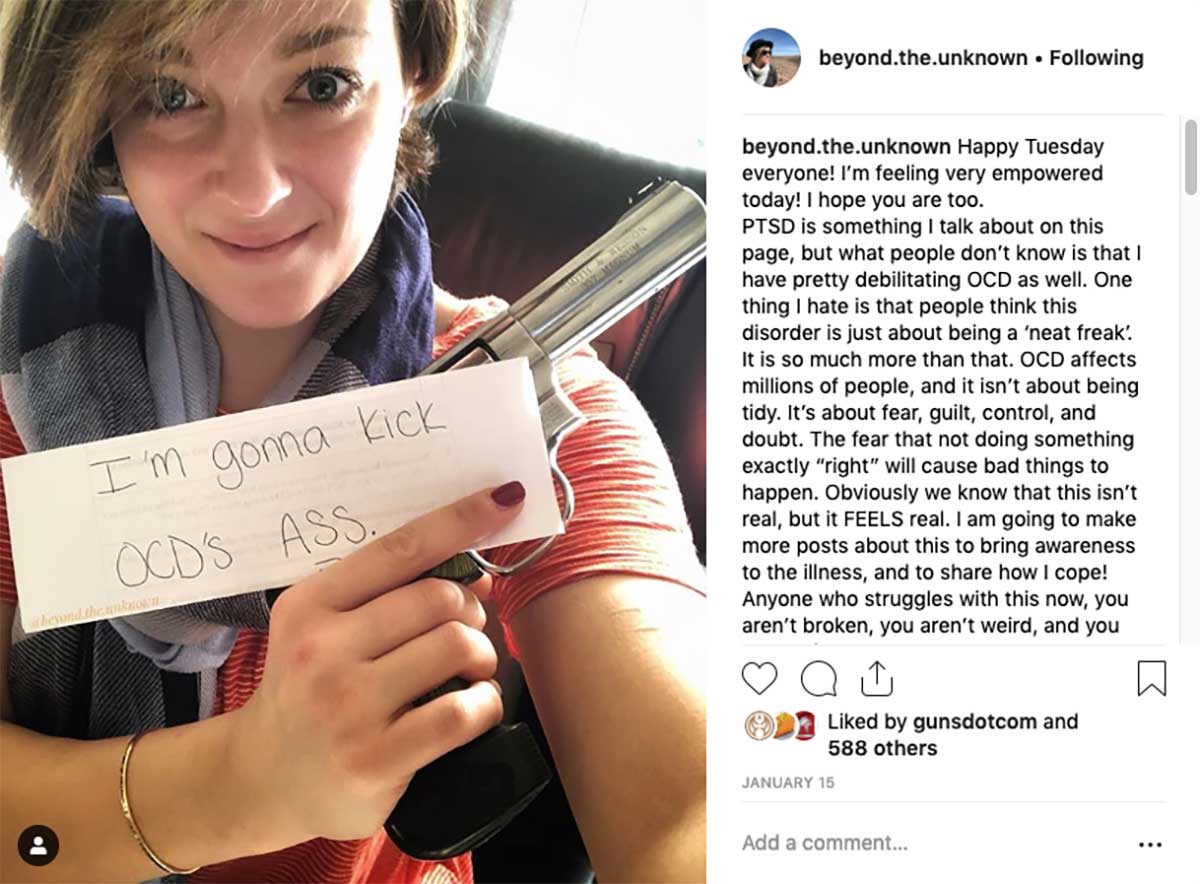 Jones regularly posts to Instagram sharing her own struggles to inspire and encourage others. (Photo: Beyond The Unknown)

Central to its approach, WTTA partners with Mental Health America — one of the nation’s oldest mental health advocacy group. The organization focuses on prevention, early intervention and recovery as its main goals. Using online mental health screenings, Mental Health America alongside WTTA ditches the blame game and instead uses resources and tools to better help those in the gun community.

“We’ve been talking past each other. We’ve been pointing fingers at each other. It hasn’t been constructive and we want to open a dialogue,” Debbie Plotnick, Mental Health and Systems Advocacy at Mental Health America, commented. “We want folks to reach out and see what’s going on with them before things reach crises.”

In addition to teaming up with Mental Health America, WTTA also partnered with the National Shooting Sports Foundation to provide unique programs to gun owners in the midst of mental health crises. The NSSF alongside WTTA set up safe ranges for gun owners in crisis to drop off their guns at local ranges for safe keeping. Ranges are vetted and offer a safe space to store guns until gun owners feel healthy again. Sodini said this service proves especially important to gun owners in states with restrictive gun laws.

“That’s important in the states where you can’t just hand your gun to your friend and walk out the door,” Sodini said. “We can police our own and a lot of people want to do that.”

The passion surrounding WTTA and its mission is palpable. Sodini’s worked tirelessly to bring on sponsors and advocates all in the name of awareness. Ultimately, he wants guns owners to understand that mental illness is not a death sentence for gun rights and seeking help should never be the last resort.

For more information on WTTA and to access free mental health tools and screenings, check out the group’s website.