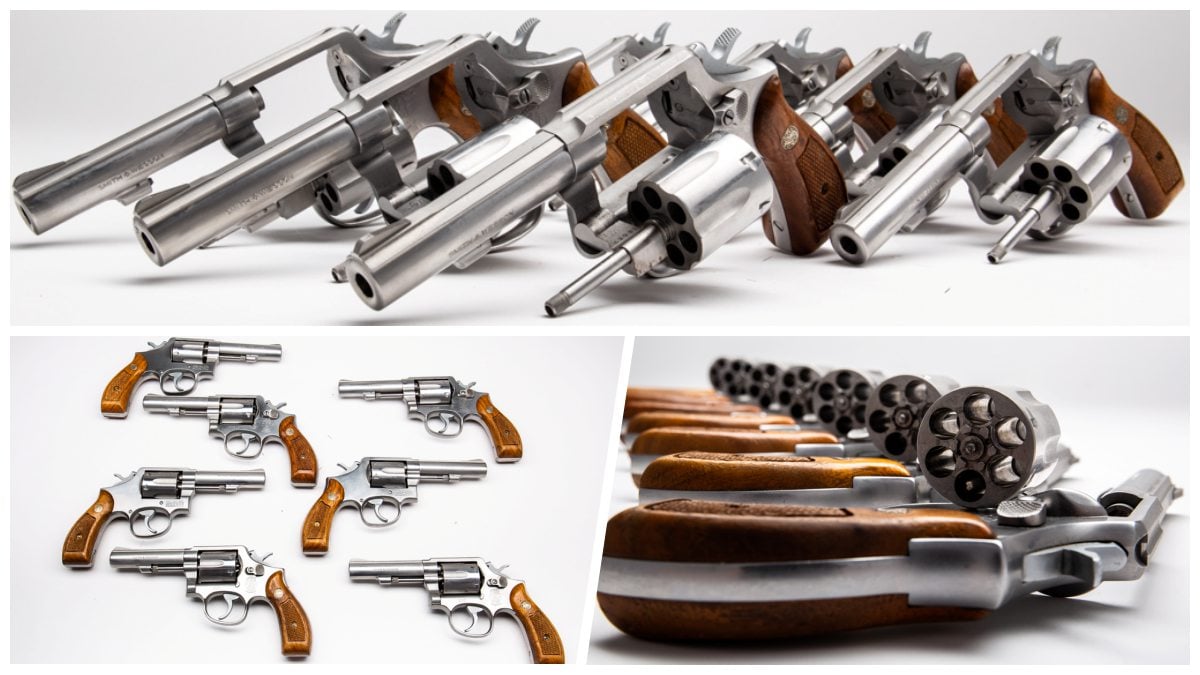 Besides the Walkman and Rubik’s cube, one of the most iconic things about the early 1980s were stainless S&W Model 64-3s, and we have a stack of round butt Magna grip models in the warehouse. (Photos: Richard Taylor/Guns.com)

From the wide range of options in the Guns.com Warehouse, we bring you one of the best-made classic 1980s “cop guns” there was. The mega gun making concern started by Horace Smith and Daniel B. Wesson back in 1852 has long been synonymous with revolvers.

Smith & Wesson’s first gun, the Model 1, was a wheelgun and the company still makes dozens of both classic and new model revolvers today. The bastion of their modern K-frame six-shooters, the Model 10 Military & Police, sprang on to the scene originally as the “.38 Hand Ejector” in 1899 then went on to become such a standard bearer for police use that it was a staple commonly seen in the holsters of lawmen throughout the 20th Century. 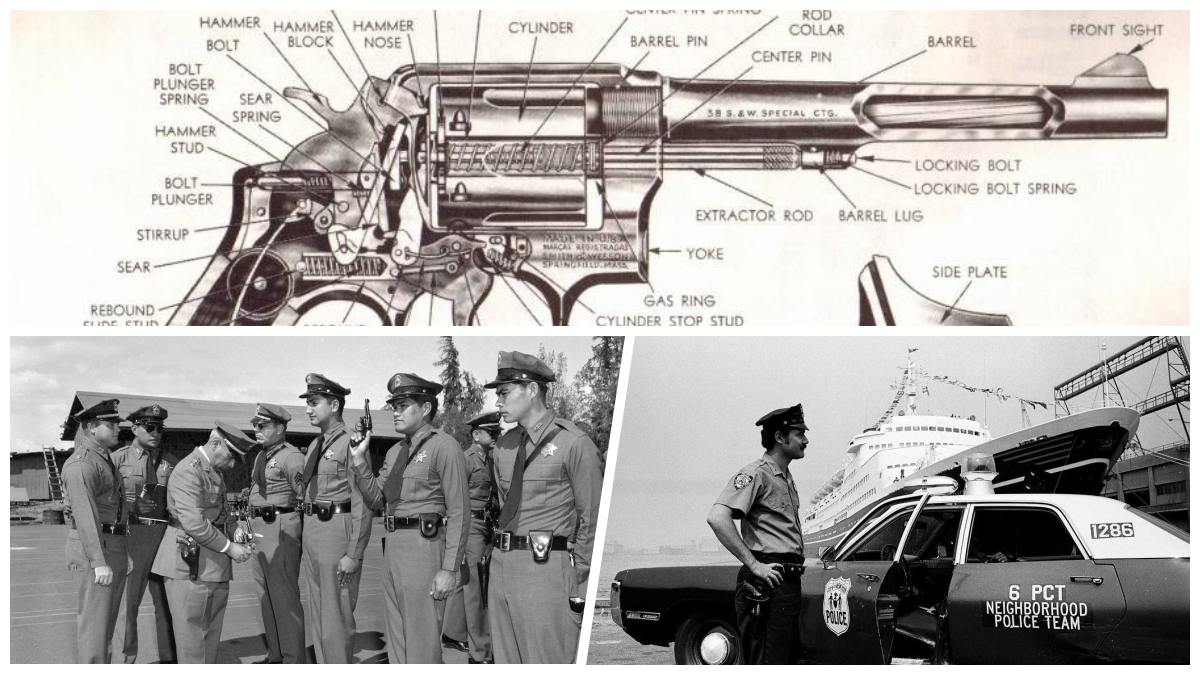 From Hawaii to New York, S&W Model 10 .38s were extremely common, as more than 6 million were produced. After 1970 the stainless Model 64, still in the same caliber, was an obvious choice to backfill the ranks (Photos: Library of Congress, Honolulu Police, NYPD)

In 1970, Smith & Wesson introduced an updated Model 10 in a hard-wearing stainless steel finish and dubbed the new handgun the Model 64 moving forward. Riding along on the beat or walking the streets in the snow, rain and humidity took a toll on the blued steel finish of legacy guns and the move to stainless was a no brainer for many departments.

As any Smith collector knows, the company uses a series of dashes after the model number stamped on the crane to mark engineering generational changes in their modern revolvers and the table full of Model 64s currently in the GDC Warehouse are all 64-3 variants. Introduced in 1977, they are heavy barrel stainless versions that roughly correspond to the Model 10-8. 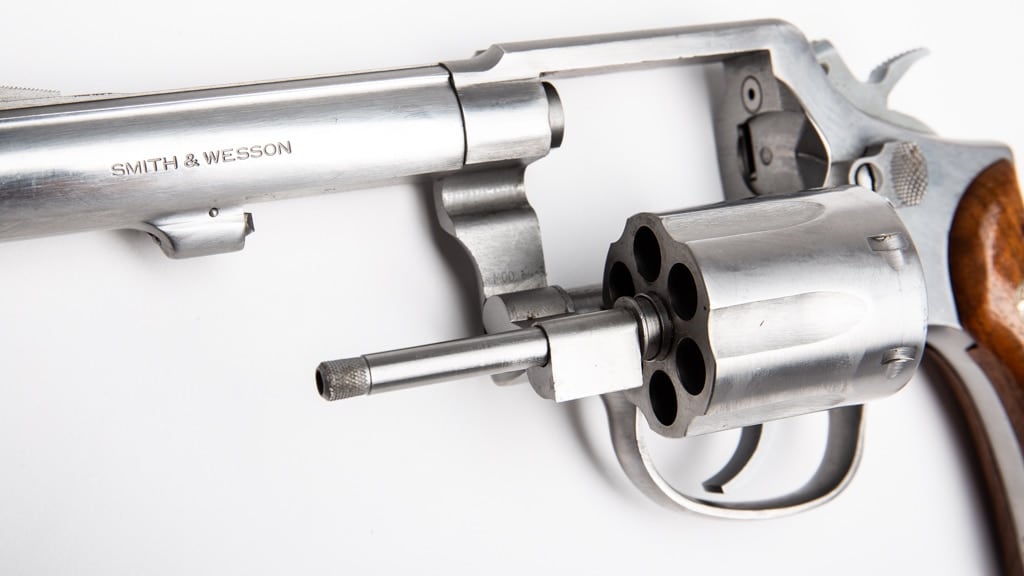 In many ways, the 64-3 series, which remained in production until 1988, was in the sweet spot of the line’s run. These older Smiths are DA/SA, not the more common DAO models you often see, or the newer models with the cylinder key lock in the frame and MIM parts.

What they do have are classic Smith & Wesson factory Magna wood grips and a full checkered hammer as well as a two-piece barrel. Model 64s made after 2007 have a one-piece barrel. 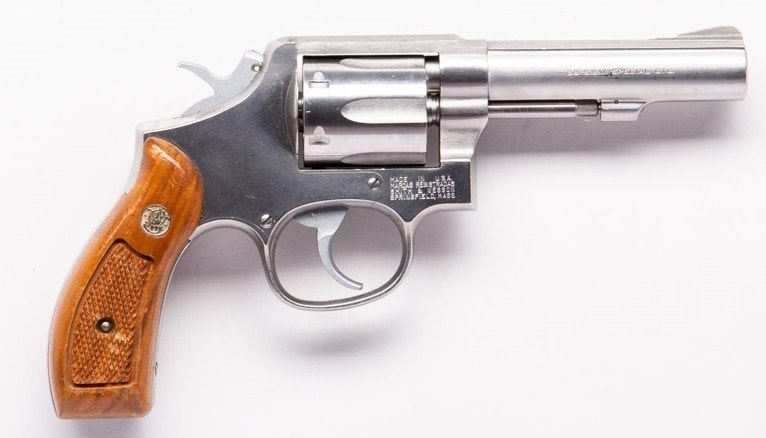 Now that is a pretty 4-inch HB Smith with a nice, round butt. (Photos: Richard Taylor/Guns.com)

No frills guns, they have fixed sights but are still plenty accurate. While they aren’t marked on the barrel as being +P, a rollmark that started with the 64-4s, Smith says +P is fine in any K, L or N frame revolver built after 1957.

Most of the current inventory is marked “CDC” on the frame, which collectors point to often meaning they spent time in the armory of the California Department of Corrections. We don’t hold that against them. Nonetheless, if guns could talk… 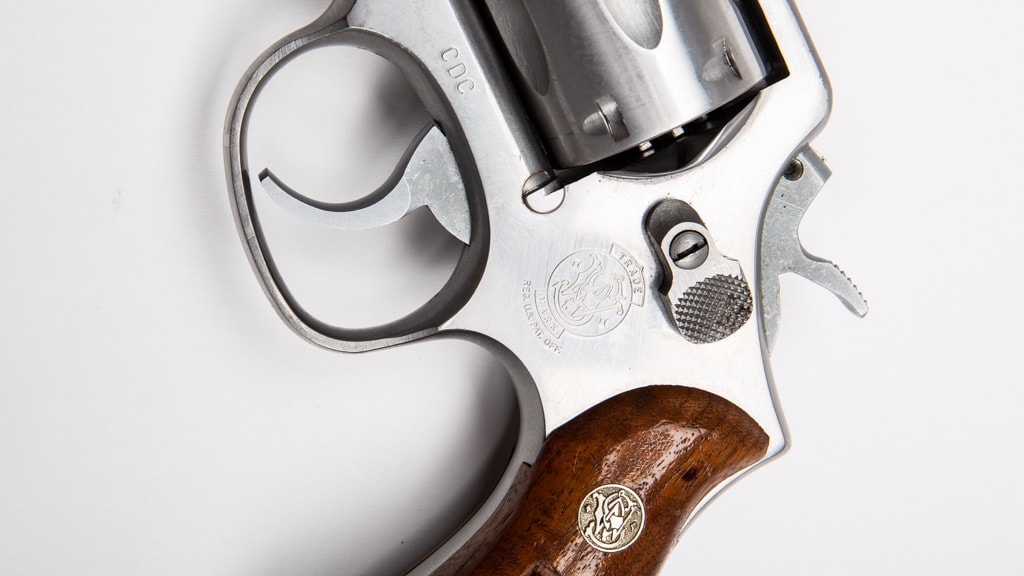 Price on the ones in stock, depending on the condition, range from $349 to $449 for really nice specimens. As with many former trade-ins, they often seem like they had little actual range time. For a utility gun that shoots a wide range of common .38SPL ammo, they are hard to beat.

Of course, for those who would rather a brand new current production model, we have those as well for a skosh more. 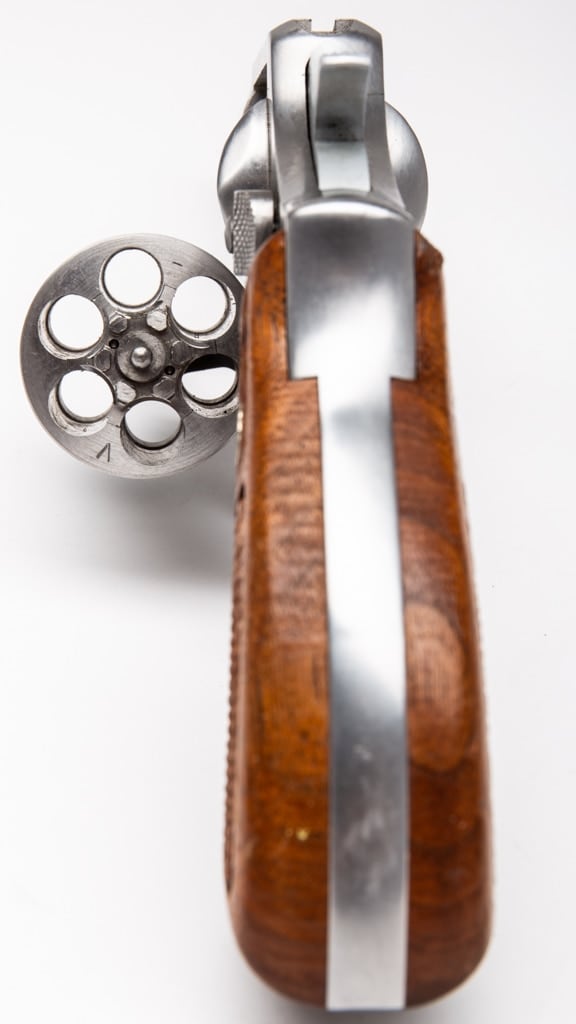