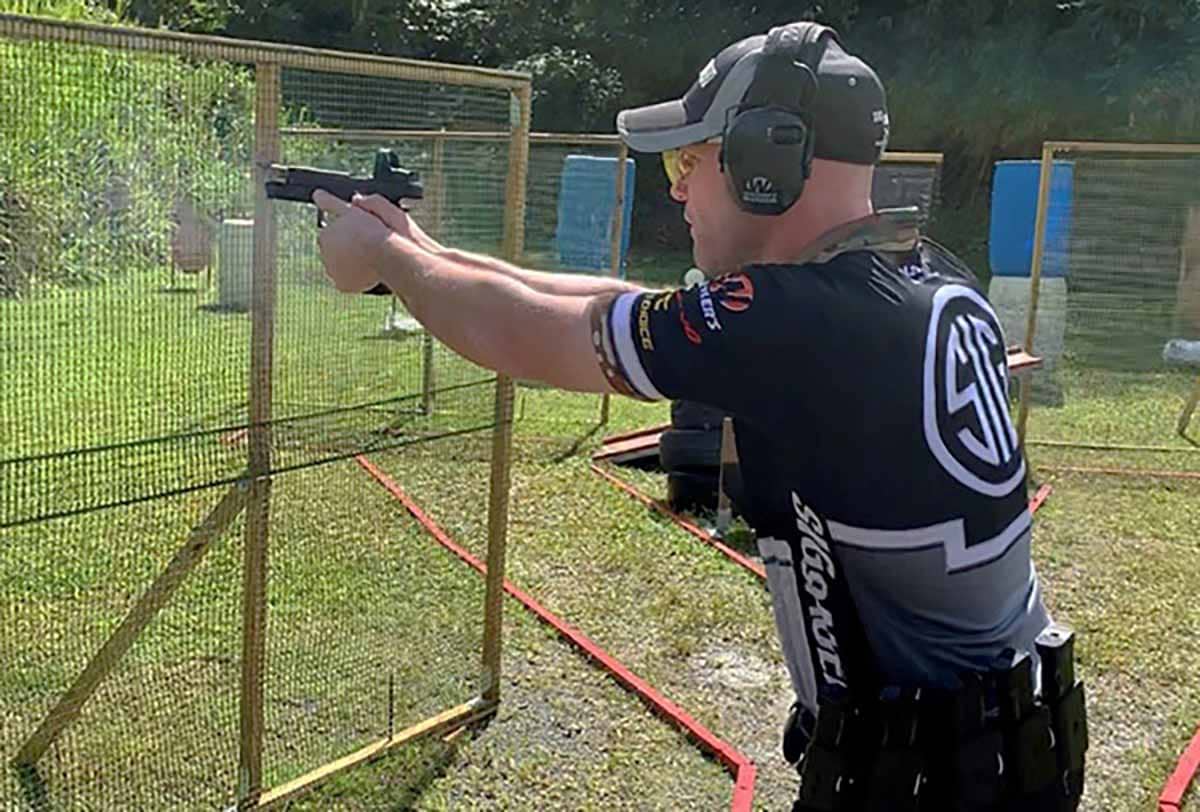 Max Michel pulls in another win at the Caribbean Open. (Photo: Sig Sauer)

“Once again I ran the ROMEO3MAX Open Reflex sight throughout the Caribbean Open and it performed flawlessly. The weather conditions throughout the competition were intense and the functionality and capability of the sight were impressive as I was able to easily transition through the stages,” Michel said in a press release.

The ROMEO3MAX features a compact, open reflex sight design with a 30mm max round lens for a better field of view. The optic boasts a special red-notch filter for a more impactful red dot display and 6 MOA dot size. The reflex sight tops its design off with 12 illumination intensity levels, MOTAC activation and 20,000 hours of runtime. Made from aluminum and coated in a matte black finish, the ROMEO3MAX is waterproof. Sig Sauer says the ROMEO3MAX is not yet available to consumers but is slated for release mid-summer.

“I am really looking forward to the commercial release of the optic in July and have no doubt it will quickly become the premier optic of the action shooting sports,” Michel added.