How to Safely Store Your Concealed Carry Gun in Your Car 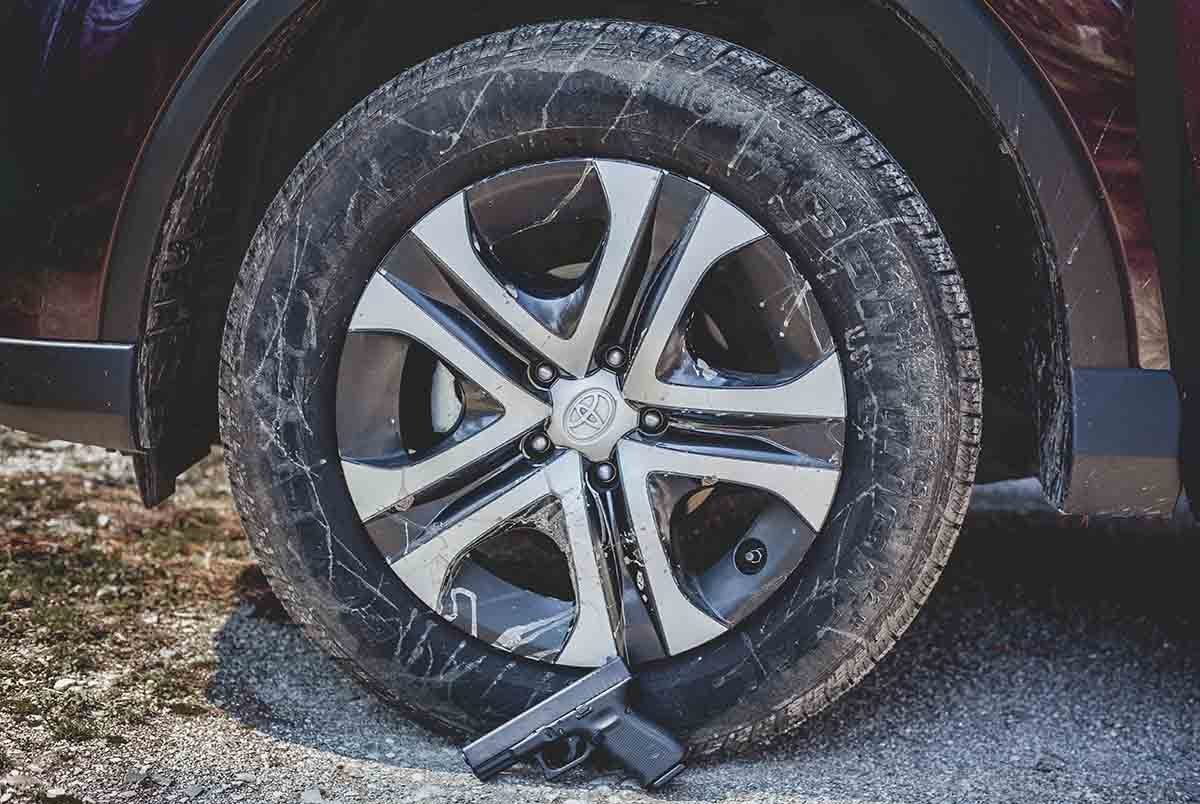 Knowing how to safely secure your gun in the car is a must for guns. (Photo: Jacki Billings/Guns.com)

Responsible gun ownership dictates knowing how and when to store firearms. In a perfect world, gun owners always would keep their guns at the ready, but that’s unrealistic. Sometimes there’s no way to avoid gun-free zones. A trip to the post office or a forgotten lunch box that needs to go to school dictates no guns, so where do you stow your piece when all you’ve got is a car?

With nearly 380,000 guns stolen per year, according to a Harvard study, and a 40 percent increase in guns stolen from cars in 14 out of 15 cities, prospering storing a gun in the car decreases the chances of guns falling into the wrong hands. Though the most appetizing solution might appear to be the glovebox, this compartment proves less than ideal. Though most come with a lock and do cloak the gun, glovebox locks are easily jimmied with a crowbar and a little force.

The same goes for the center console. Another popular gun destination, the center console boasts even less safety as most don’t feature any sort of locking mechanism. Additionally, the glovebox and console are so overused by drivers, these locations tend to be the first areas criminals look through after busting into cars.

Storing a gun in the glovebox or console is not optimal for gun owners as these locations tend to be the most sought after by criminals. (Photo: Jacki Billings/Guns.com)

Ruling out a standard glovebox and console, the best bet for most gun owners is a small safe residing in the car. While most of us cannot afford to install a full safe setup in our trunk, a compact travel safe often does the trick.

Easily purchased online, these safes work for air travel as well as car travel. Boasting space for one gun in holster, the safe tethers to the actual passenger or driver’s seat, preventing criminals from a grab and go situation. Equipped with a compact, slim design, these safes nestle under car seats to remain out of sight while safely stowing the gun.

Dedicated console safes provide another option for gun owners who are serious about stashing gun. These mount inside the car, replacing the standard console. Built with tougher, reinforced materials, these consoles often use a locking mechanism to ensure all valuables remain safe inside the container.

Knowing the best means to safely store the gun in the car is as important as where you stow it. Excessive handling of loaded firearms often results in mishaps, so it’s imperative that handling is kept to a minimum. For this reason, I suggest leaving the gun in the holster and removing them as one whole unit from the belt. This tactic ensures the trigger remains covered, therefore, preventing any accidents.

From there, the holstered gun tucks into the safe, locked up until time to return to the belt. The steps for placing the gun and holster back onto the body are the same, again, keeping the gun in the holster while placing it on the waistband for greater safety.

Though not difficult in execution, planning to store your gun in the car requires the right tools and the know-how to ensure safety. Purchasing a small safe to affix to the car offers the best means for concealed carriers requiring secure storage on the go.