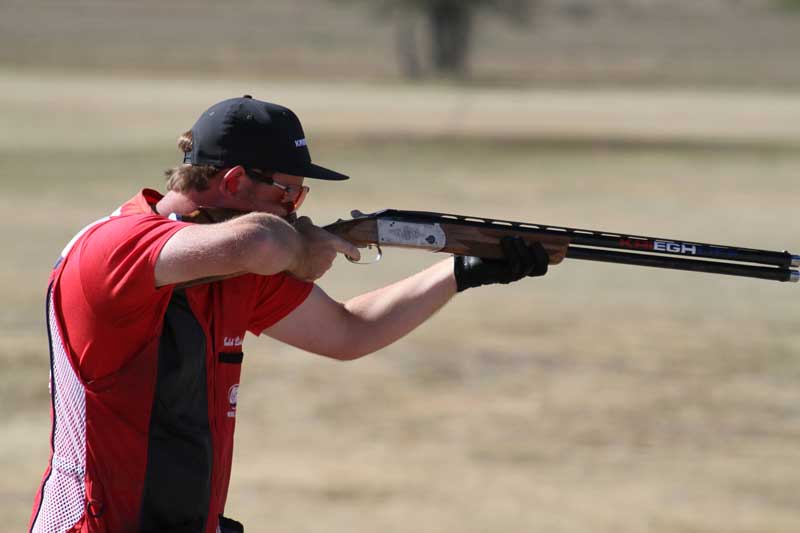 Despite Team USA’s position as shotgun shooting powerhouse, Men’s Trap has alluded the team in the Olympics since Beijing in 2008; but USA Shooting looks to change that heading into the 2020 Olympics.

Jessica Delos Reyes, associate director of media and public relations for USA Shooting, told Guns.com that the lack of men in the last two Olympic games has been a concern for the organization. With only a year left to work towards an Olympic slot, the men of USA Shooting continue to work towards the goal of Japan.

“So we haven’t had a man in the Olympics in the men’s trap event since 2008. That’s kind of been the monkey on our back,” Delos Reyes said. “Our shotgun team kicks butt and takes names. Our women shooters are the best in the world. Our men are getting there too but that’s been something that bothered us because we’re so good at shotgun sports.”

The road to the Olympics is paved with quotas which the U.S. must vie for in order to gain a position to compete in Olympic events. The shooting sports has 15 total events with each country capable of earning two quotas per event.

The race for quotas for the 2020 Olympics began in 2018 at the World Championships in Korea and will end sometime in early 2020. Competitors earn quotas through major competition like World Cups held throughout the year and the Pan-American Games held in Lima, Peru. Delos Reyes said while the US shooting team is already ahead of where they were going into the Rio Games, there’s still work to be done and quotas in Men’s Trap to be nabbed.

Delos Reyes said a contributing factor to the lack of medals was the International Olympic committees decision to eliminate certain events via Agenda 2020. Under Agenda 2020, men and women now must have equal opportunities to compete at an equal amount of sports. This means that men’s only shooting events like Men’s Prone Rifle, Men’s Free Pistol and Men’s Double Trap no longer exist. These events were instead replaced by mixed team events.

“We were some of the best double trap shooters in the world in the men’s side. So those guys are converting over to essentially a different game,” Delos Reyes added. “Double trap is more spot shooting whereas trap is that quick read and react. Anyone who shoots shotgun will tell you it is the hardest of the shotgun sports.”

The team is stacked with names vying for that Olympic spot but one up and comer looks to challenge the Men’s Trap drought. Caleb Lindsey, a trap shooter based in Pulaski, Tennessee is poised to take on the Men’s Trap quota system. Lindsey maintains a spot on the U.S. National Team in addition to claiming the title of 2018 National Champion.

“I’ve been in competition shooting since I was in eighth grade and I’m a senior in college. I’ve been with USA shooting for about six years,” Lindsey told Guns.com. “ I go to all sorts of matches and I’m trying to better myself and achieve my main goal of getting to the Olympics.”

Delos Reyes says USA Shooting is hopeful Lindsey will turn the tide for Team USA. “We need to win those quotas,” she said. “But I feel very confident that this is our games. We’re finally going to get a gun in the event.”