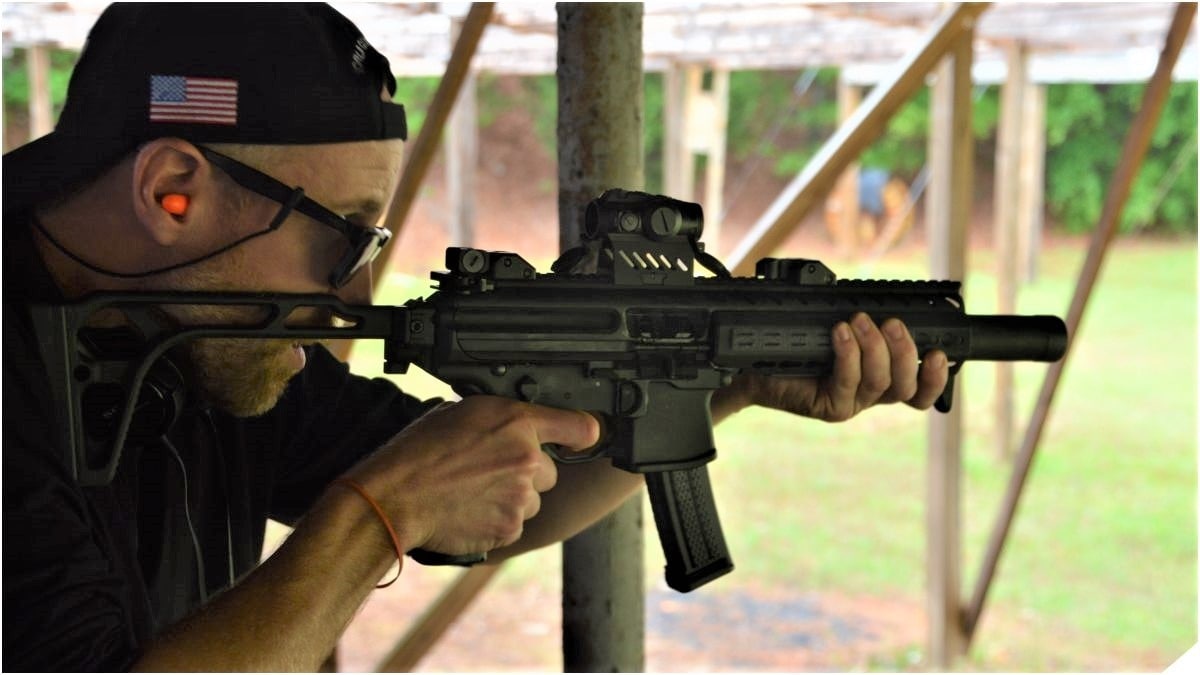 A Sig Sauer MPX series, with a suppressor. Such sound moderators under the Hearing Protection Act could be transferred just like regular rifles or shotguns rather than with a $200 tax stamp and lengthy wait times required under the NFA. (Photo: Chris Eger/Guns.com)

The Hearing Protection Act, to remove suppressors from the layers of regulation required by the National Firearms Act, was reintroduced to the Senate on Thursday.

Proposed by Idaho Republican U.S. Sen. Mike Crapo and 12 co-sponsors from a dozen red states, the bill is a repeat of one submitted to the last Congress that failed to gain traction despite GOP control of both chambers. The proposal would reclassify suppressors as firearms rather than NFA-regulate weapons, which would allow them to be transferred after a simple background check rather than current much more extensive process.

“It just makes sense to ease federal regulation of suppressors, which are already legal in most of states,” said U.S. Sen. Cindy Hyde-Smith, R-Miss, one of the co-sponsors. “Some of the most liberal European nations require their use to reduce hearing-related injuries. This bill would make it easier to offer the same protection to law-abiding American sportsmen.”

Introduced this week as S. 817 the HPA would simply reclassify suppressors to regulate them like traditional firearms. It would not change any laws in states such as California and New York that already prevent suppressors, nor does it get rid of the requirement of a background check. There are currently more than 1.5 million suppressors in circulation nationwide.

The bill has the support of pro-hunting and gun rights groups such as the National Assembly of Sportsmen’s Caucus, Gun Owners of America, and the National Rifle Association as well as industry organizations like the American Suppressor Association and National Shooting Sports Foundation.

“This firearms safety legislation will enable gun owners to have better access to hearing protection accessories and improve safety for the shooting sports,” said Lawrence Keane, NSSF’s senior VP and general counsel. “These accessories have been unfortunately stigmatized and wrapped up by duplicitous background checks, extensive wait times and burdensome paperwork that doesn’t contribute to public safety.”

The measure will now go to the Senate Judiciary Committee for consideration. Meanwhile, a companion piece, U.S. Rep. Jeff Duncan’s H.R. 155 has 59 GOP co-sponsors in the Democrat-controlled House.

Duncan’s original Hearing Protection Act garnered 166 co-sponsors in the House last session and was rolled into a larger package of pro-hunting legislation, the SHARE Act, which was reported out of committee but never made it out of Congress.