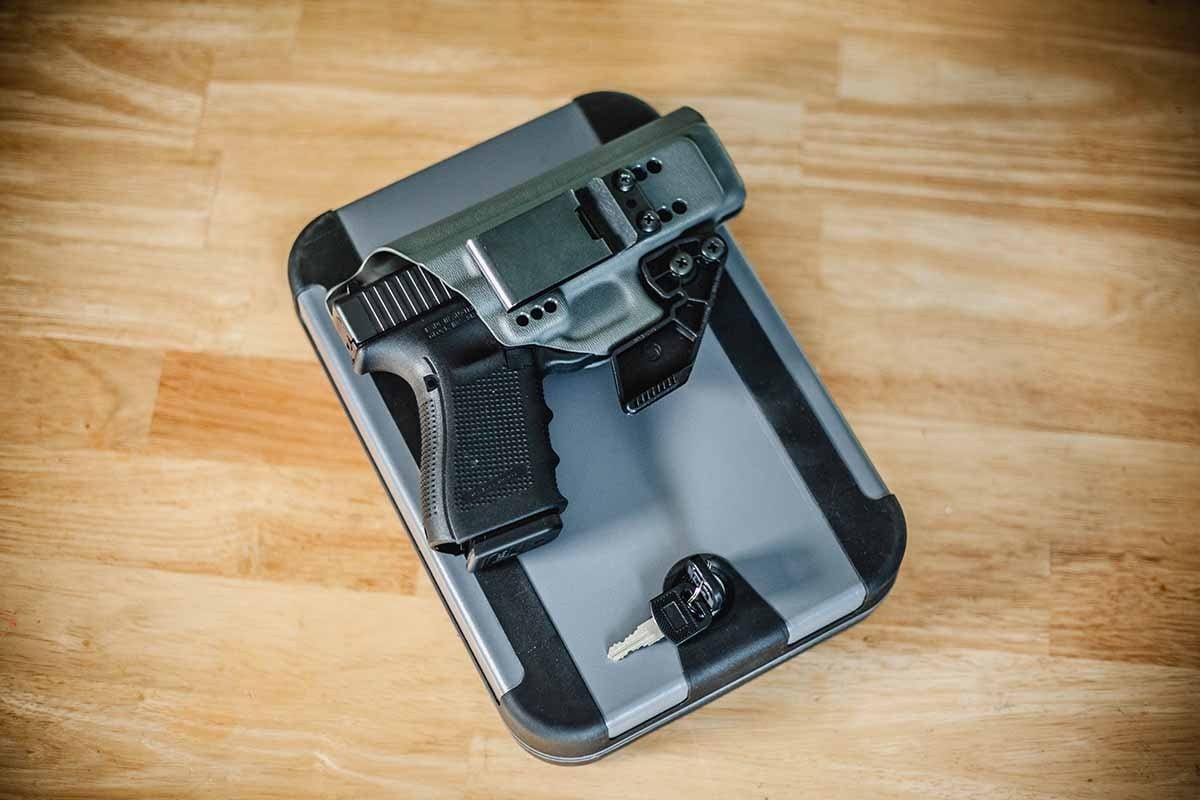 While gun owners would like to tote their carry gun on body everywhere, often times that’s not practical. Whether impending air travel or errands around town in firearm unfriendly places prevent carry, gun owners need a place to stash their carry gun. For times like these, a heavy, bulky safe is out of the question. So, what’s a gun owner to do? Procure a lightweight, compact, portable safe of course.

The SnapSafe TrekLite Lock Box provides one such option. Billed as a means to easily carry a gun on the go, the SnapSafe TrekLite appears, on the surface, to be just the option gun owners need. Does it hold up and more importantly is it a viable means to stash guns? Guns.com took a closer look to find out.

The SnapSafe TrekLite Lock Box features a portable design centered around gun owners on the go. The extra-large container measures 10 x 7 x 2 inches, tipping scales at just over a pound. The SnapSafe TrekLite comes in two models – a TSA combination lock and a standard key lock. Both options do meet TSA requirements and can be checked in luggage. For the purpose of this review, I took a look at the key lock option.

The SnapSafe TrekLite stows guns but also has the means to secure other valuables like jewelry or medication while out and about. Made from impact-resistant polycarbonate, the portable safe looks to bring a sense of security to owners. In addition to providing a locked box design, the SnapSafe TrekLite also employs the use of a security cable. Capable of wrapping around furniture legs, or car seats, the security cable comes rated up to 1,500 pounds for added security. 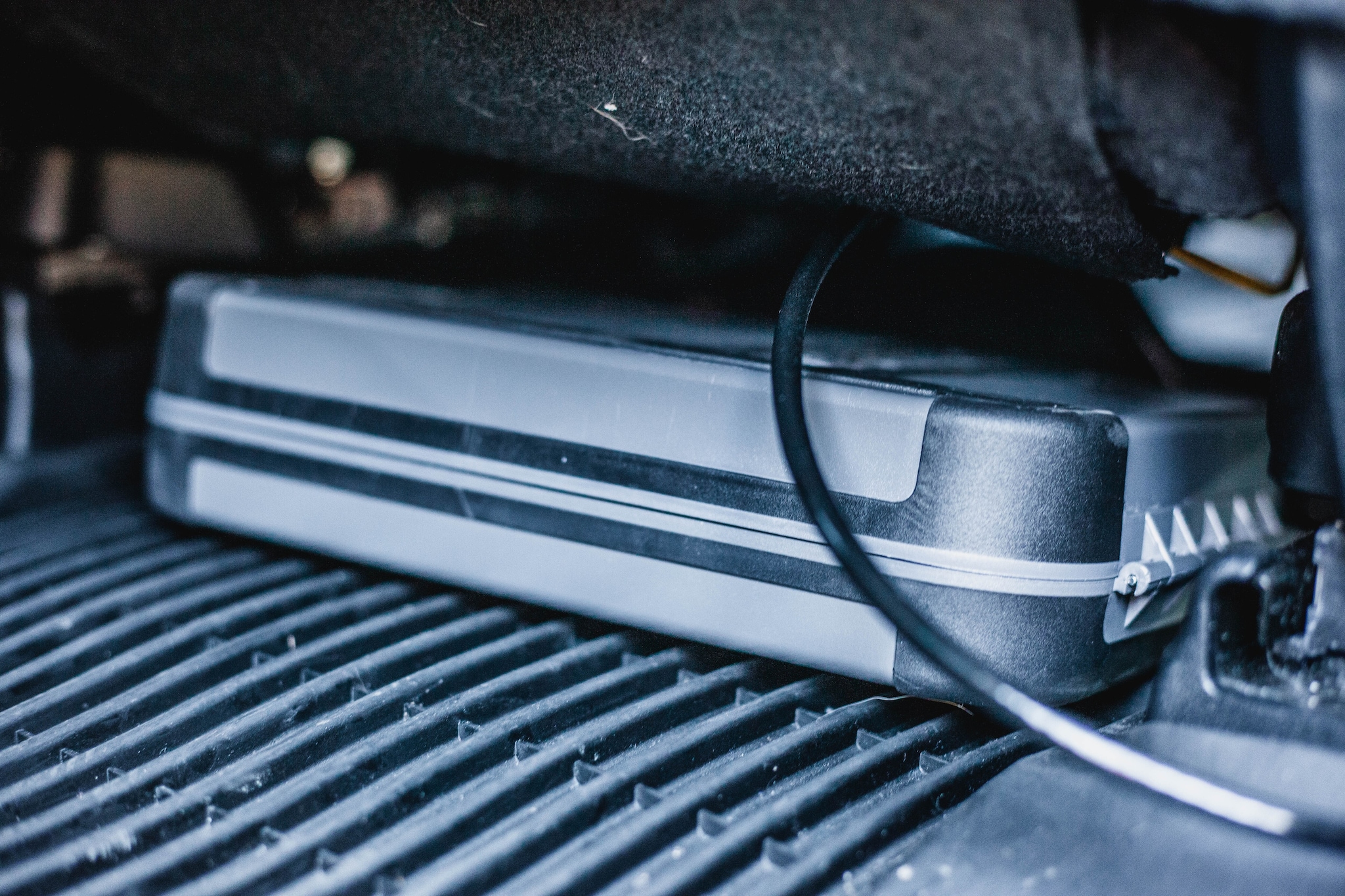 The SnapSafe TrekLite offers both discreet protection and security, making it a solid option for car storage on the go. (Photo: Jacki Billings/Guns.com)

Inside the safe, the unit offers foam lining designed to cradle valuables and protect them during transit. The lining can be removed for larger firearms or if protection is not required for the trip.

On the go storage

The SnapSafe TrekLite appeals to the traveling gun owner or, at the very least, the gun owner who occasionally stores their gun in their vehicle. I first came to know the SnapSafe while looking for a lightweight option to house my Glock 19 during airplane travel. The SnapSafe, weighing just over a pound, felt like a decent option.

Accompanied by two keys and a cable, the safe fills that no muss, no fuss void. A simple portable option, the SnapSafe elects to forgo fancy RFID or fingerprint tech for the reliable keyed solution – of course, that’s assuming you don’t lose the keys. Though it feels lightweight and easily stows inside a suitcase, the SnapSafe has an air of security to it. It’s not flimsy and definitely doesn’t feel as if it will cave the second it tumbles to the ground. In fact, it won’t. Having taken a few tumbles off my bed to the ground, the SnapSafe was no worse for wear. 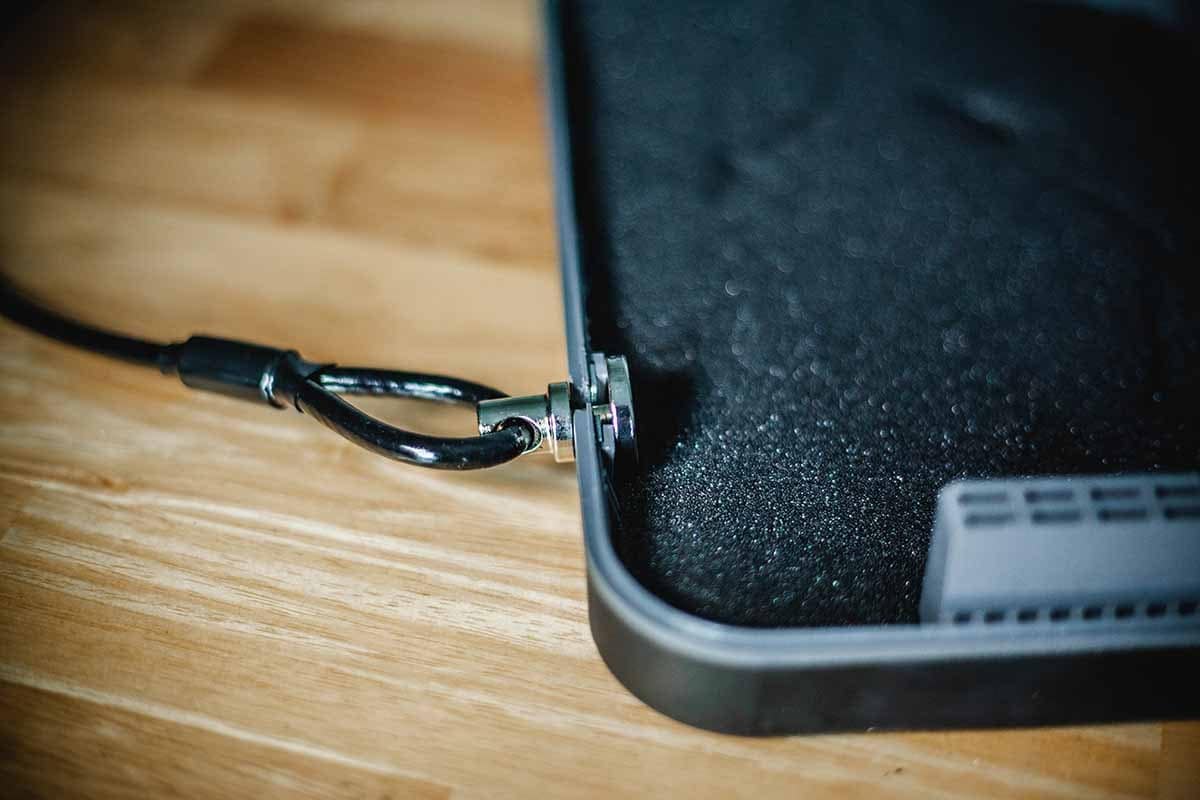 The safe provides a notch for the security cable to rest. (Photo: Jacki Billings/Guns.com)

The safe outfits itself with interior foam lining placed to protect valuables. At first glance, I was skeptical of all the foam. It seemed to take up too much room, not to mention I often store my Glock 19 in its holster on the go. Luckily, the SafeTech TrekLite offers removable foam inserts. I removed one insert from each side of the holster and voila! Holster and gun fit perfectly.

Though I originally intended the SnapSafe to act as a lightweight solution for airplane travel, it quickly became apparent that it would also work as a car storage solution. While I do not advocate stowing guns in cars, there are times when a quick errand necessitates no gun. In those instances, it’s imperative to have a storage solution at the ready in the car. 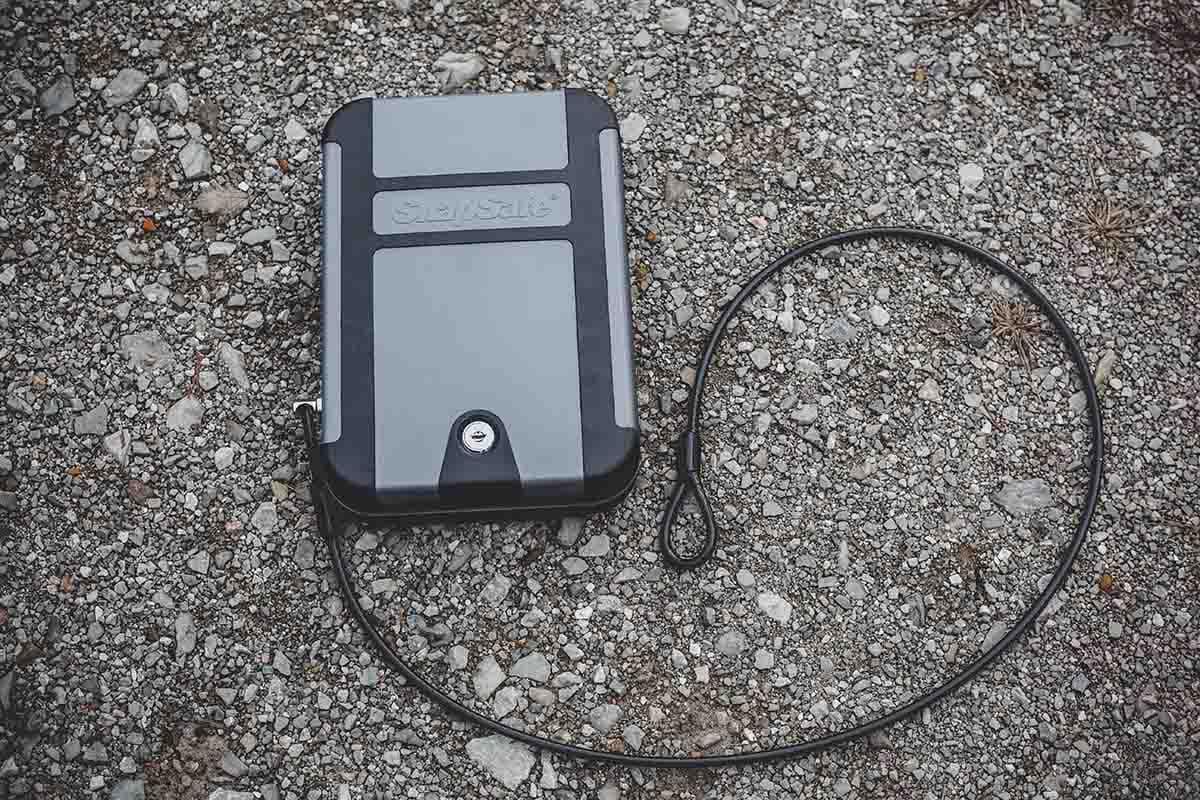 The SnapSafe TrekLite’s cable is long enough to secure it to beds, car seats or other pieces of furniture for extra security. (Photo: Jacki Billings/Guns.com)

The SnapSafe TrekLite’s compact size and included cable fit the bill when it came to car storage. The thinner build fit neatly under my passenger seat, out of sight, while the cable wrapped around the passenger seat leg securing the safe to the car. If someone wanted the safe, they’d have to deal with removing the cable. The cable itself, has a notch that allows it to rest inside the safe; but it’s not a permanent solution. Once the safe is opened, the cable can be removed if it’s no longer needed.

The SnapSafe Treklite is best suited for travelers looking for a lightweight option or concealed carriers in need of a storage option for their car. While the SnapSafe TrekLite is light and easy to tote, it’s not a unit that I imagine could withstand a heavy hammer or a crowbar. Some tools and the safe would most likely open. It’s not a permanent solution, but for those looking for a simple, straightforward option for on the go storage the SnapSafe TrekLite fits the bill. Retailing for under $50, it’s an affordable option.