Alana Barricks brings a bubbly quality to the Semi-Armed Life podcast, which she and fiancé Mike Marion host. With a background steeped in the political world, joining the 2A movement in college and even serving as president of her university’s College Republican organization, Barricks uses her knowledge and zeal for firearms to educate listeners and answer questions on the monthly podcast.

Guns.com caught up with Barricks to delve into her love for conspiracy centered entertainment, death metal bands and her favorite guns.

GDC: You co-host the podcast Semi-Armed Life with Mike and as someone who produces a podcast I imagine you listen to a lot of podcasts. What are some of your favorites?

Barricks: So definitely I’d say my number one favorite is Hardcore History with Dan Carlin. Another one right now is actually Tinfoil Hat Conspiracy Theory Podcast. It’s so interesting. Then, of course, the entire Firearm’s Radio Network is always on play in my car — Gun Funny, We Like Shooting, This Week in Guns and Civilian Carry Radio. I’m super into podcasts!

GDC: What do you think makes a podcast good?

Barricks: I would say, more than anything, the ability to educate people. Teaching people something and you know providing information from a different perspective. The reason I (listen) a lot is just because I’m always trying to learn more about everything and anything — specifically about history and firearms and politics too.

Barricks: A movie called Conspiracy. I’m going to make myself sound like a tinfoil hat crazy person. Like I’m going to be the next Alex Jones or something. But the movie is a cool World War 2 film about Hitler’s top 12 cabinet members and their planning for the final solution to World War 2. It’s really interesting because it exposes how governments can be disgustingly corrupt and evil. Highly recommend the movie.

GDC: While we’re on pop culture, what music gets you pumped for the day?

Barricks: Oh man, I don’t know where to begin. I can listen to anything from Cardi B to Cannibal Corpse. Eclectic is a good word. 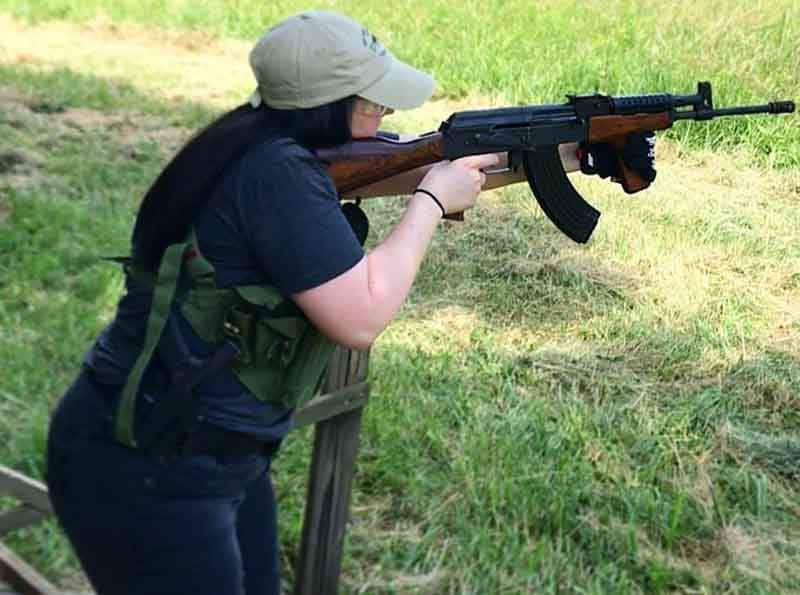 Barricks loves the AK platform and routinely discusses the platform on the show. (Photo: Alana Barricks via Instagram)

GDC: Speaking of Cannibal Corpse and death metal, I heard a rumor you were the lead singer in a death metal band in high school. Tell me more about that.

Barricks: Oh my gosh! That was so long ago. It was a crappy little band, just me and a couple of guys in a garage, you know, being losers. I bounced around and was kind of in two bands, but it was mostly just jamming. I was the vocalist so I was the one screaming. It’s a fun party trick more than anything now. People will be like, “Wait, you were in a death metal band?” I’ll say, “Yeah you want to hear me scream?”

GDC: That’s hilarious. Every death metal band I know of has an epic name, so what was yours?

Barricks: I’m trying to remember. One was called Over Taken. I know we argued over names for forever. Another name was Field of Slain. We wanted to sound really bad-ass but we weren’t.

GDC: What was the last gun related item you purchased?

Barricks: I bought a Glock 19 for carry.

Barricks: Going very well. I feel so much safer knowing I have more capacity and a higher caliber. It’s pretty cool. Before I got the 19, I was carrying a 42 so now I can switch back and forth depending on what outfit I am wearing.

GDC: So that’s your newest gun, what’s your favorite?

Barricks: I’d say, right now, it’s my Romanian Paratrooper. That’s one of my AK-47s. It’s my favorite because it’s one of the only guns that I have had work done to. With my Paratrooper I had the barrel chopped down and a Dead Air flash hider pinned and welded to it. It’s got surplus wood furniture on it, RS Regulate mount on it and a Holosun optic. It’s really cool. For me, it’s the absolute perfect AK-47. 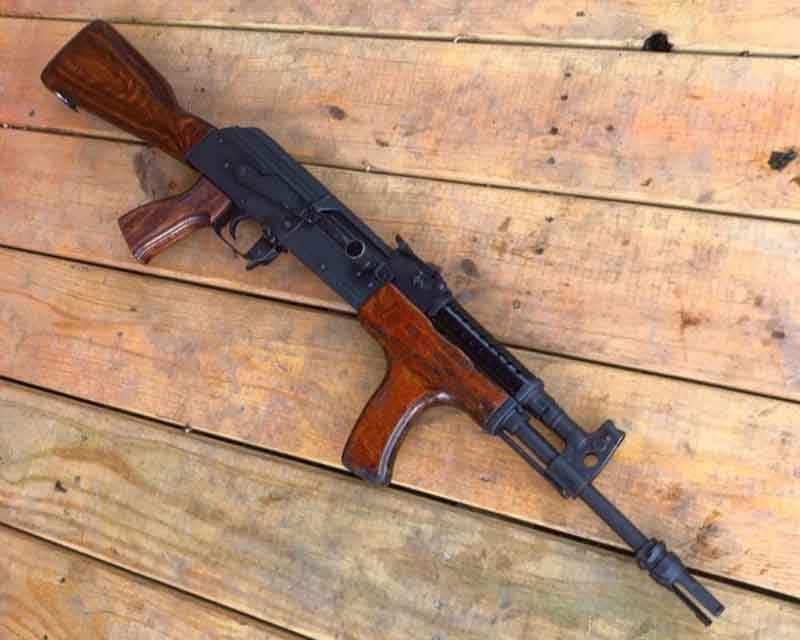 GDC: So you and Mike are big AK fans and you talk about that on your podcast in addition to a wealth of other topics including politics and news. What was the evolution of the podcast?

Barricks: I posted a video on Facebook telling people that if they had any questions at all about guns, the Second Amendment, gun politics or anything like that to email me. It was an open invitation for them to e-mail me and I created an e-mail address for it and everything; because I was really sick of all the misinformation that I heard in the news and everything. I got a lot of responses from people. That was the first stepping stone.

Then a month later my sister-in-law was robbed at gunpoint while she was holding my niece and nephew. They were two and five at the time. Afterward, she told me I need to learn about guns. I need to know how to defend myself. She had a lot of questions and so those two things pushed me into doing a podcast. I wanted to answer all the questions she had. I bought it up to Mike and he thought it was awesome and he wanted to get involved. We just went from there.

GDC: How do you choose the topics you cover each show because you do hit on everything from the basics to history to more involved topics like politics?

Barricks: It depends. We try to play to our strengths. My strengths are in firearms policy and politics in general. Mike is more into history, gear and the technical side of firearms. We try to take a few items from each area. We try to balance it out so we’re each happy with the episode.

GDC: So final question, if you had to build the ultimate zombie killing squad, who would you want on your team?

Barricks: So definitely Mike, my fiancé. I would say Pat McNamara. I’m pretty sure he could kill all the zombies. Denny Ducet, he’s on Instagram. He’s not as popular but that dude is really into survival type things. He’s going out into the woods for like a week or something so I feel like I’d want a survivalist. Then I would say, Reid Henrichs because I feel like he doesn’t take anything from anybody. You need that kind of person around. Then I would say Angel of Verdun, Ashley, because she’s just an all-around badass lady. I feel like I could name so many more people, but I’m just going to leave it at that.