Missouri Bills Would Require AR-15, Handgun Ownership For Most Adults 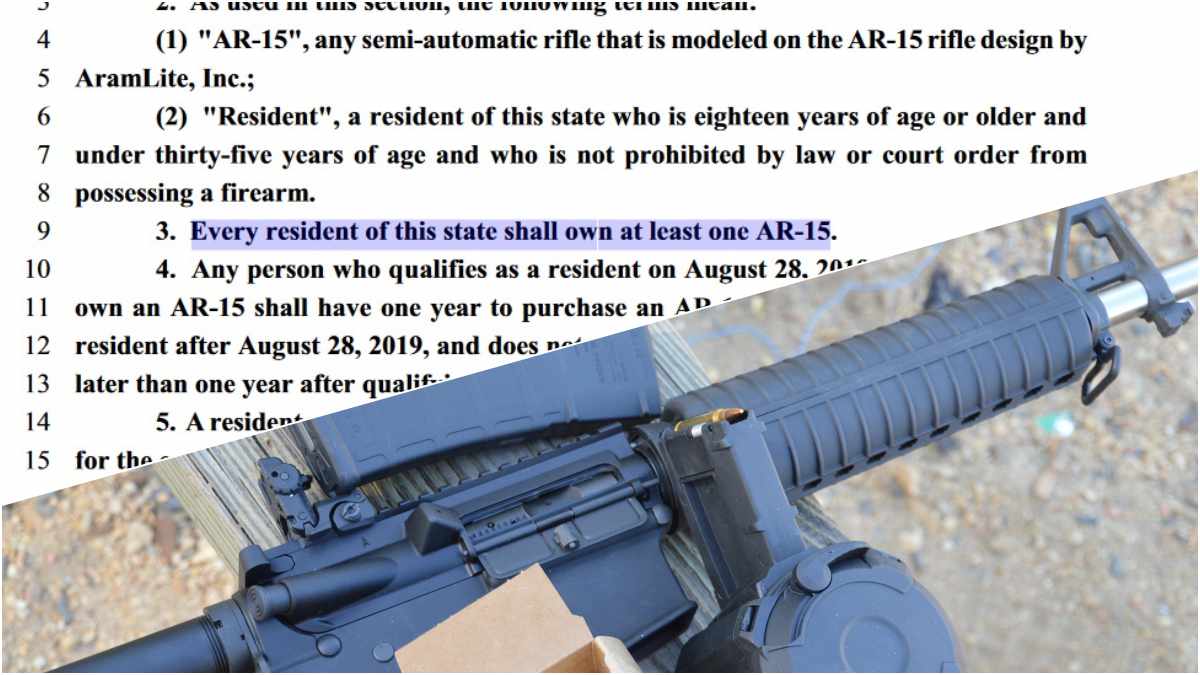 State Rep. Andrew McDaniel’s bill would require most residents between 18 and 35 to get an AR-15, although he admits the plan has little prospect of passing.

Measures introduced in the Missouri House of Representatives last month require many residents who can legally possess a firearm to own both a handgun and an AR-15 and authorizes a tax credit to buy them.

Introduced by state Rep. Andrew McDaniel, R-Deering, his “McDaniel Militia Act,” is a short, two-page bill that would mandate AR-15 ownership in the Show-Me State for adults aged 18 to 35. The bill would allow those residents required to own such a semi-automatic rifle a year to acquire one. The tax credit, which would be first-come-first-served, would be paid for out of a $1 million allocation to the state budget.

A companion bill, the “McDaniel Second Amendment Act,” would make much the same provision for mandatory handgun ownership. Adults over the age of 21 who are able to legally possess a firearm would have to obtain a pistol or revolver capable of firing .22 caliber ammunition or larger. Like the AR-15 proposal, it has the same $1 million tax credit in its language.

McDaniel, a former sheriff’s deputy who has been in the House for five years, told local media he has little expectation the measures will pass. The lawmaker says he is open to focusing on the tax credits in the bills while deleting the mandates.

A handful of cities in the country have mandatory gun-possession ordinances, most notably, Kennesaw, Georgia. However, the local laws have numerous exceptions and potential violators who do choose not to own firearms are rarely prosecuted.