The Kansas City Missouri Police Department is trying to get a fairly uncommon English shotgun back to its owner. The gun, a C.G. Bonehill side-by-side, dates from the late 19th to very early 20th Century and was recovered by authorities after they served a search warrant at a suspected burglar’s residence. 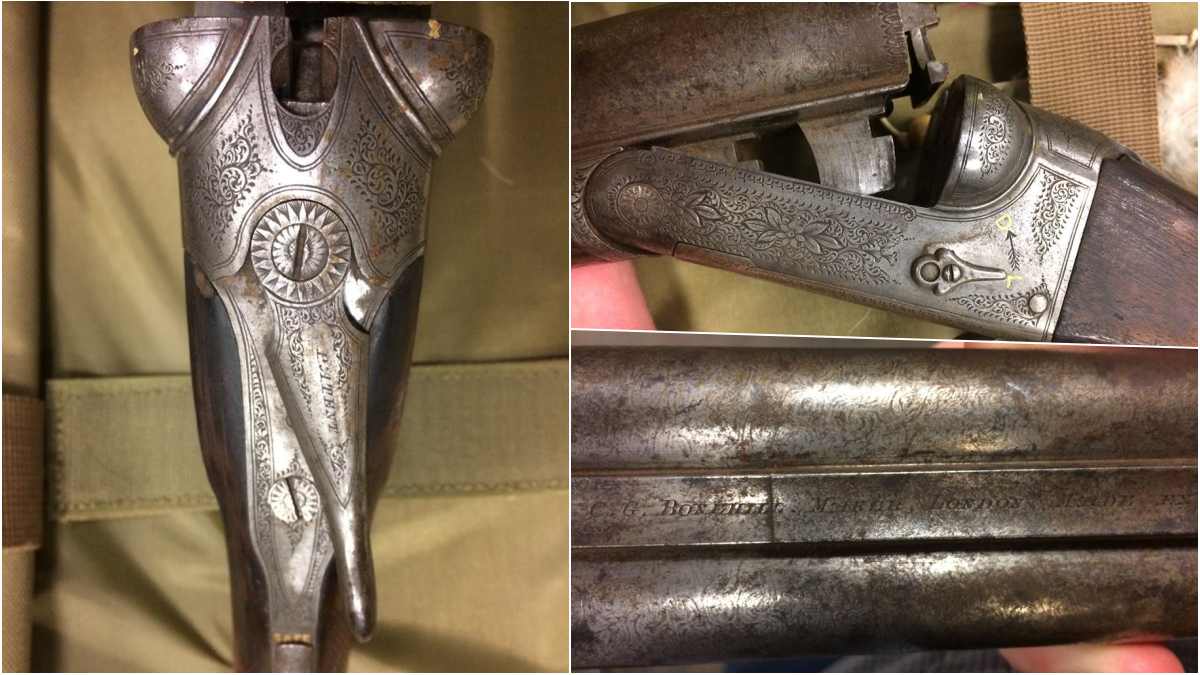 The C.G. Bonehill SXS is more or less complete, other than the fact that the buttstock is broken off (Photos: KCPD)

Local media reported the engraved double-barrel is marked to a Will H. Cruttenden out of Cazenovia, New York, but police say they have not been able to make contact with an owner. Cruttenden, a jeweler, is believed to have died in the 1920s.

“It is a very beautiful shotgun; We’re just trying to find an owner for it,” KCPD Det. Robert Martin told KSHB. “I’d hate to see it melted down or destroyed with it being such a nice piece of history and the history it has behind it.”

The shotgun maker, Christopher George Bonehill, was a Birmingham gunmaker who established his firm in the 1850s and filed numerous firearms patents under his name. His firm, located in Birmingham’s Belmont Row, went out of business in the 1960s. While many Bonehills in circulation fetch low prices, an Old West-era coach-length double inscribed to Wells, Fargo fetched nearly $10,000 at a 2016 auction.

Kansas City police say they will need proof of ownership to return it. Those who feel they have a link to the gun should call the Metro Property Crimes Section at 816-581-0679.