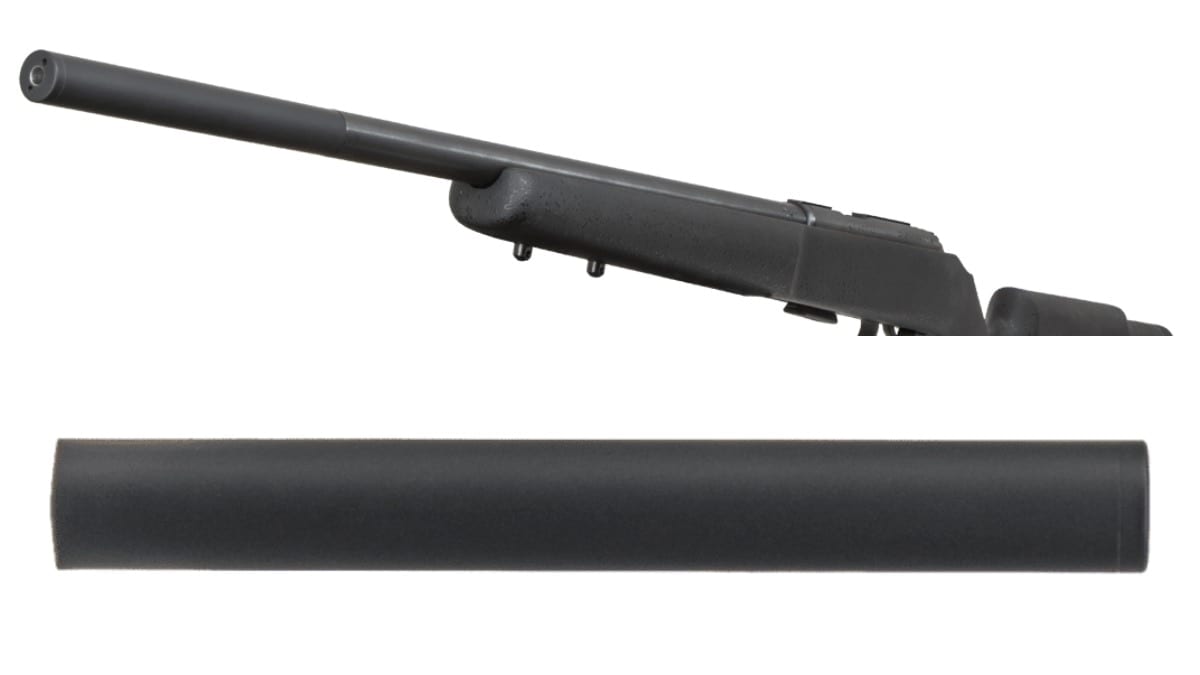 With an outside diameter that matches CZ’s 455 Varmint line of rifles, their new Rimfire suppressor is 6.9-inches long and, due to its aluminum body construction and screw-in baffle system, only weighs 2.5-ounces. (Photos: CZ-USA)

Kansas-based CZ-USA announced an expansion to their suppressor line with a new Rimfire model that comes standard with a user-tuneable baffle system.

The 2.5-ounce can uses a screw-in baffle system which the company says translates into a lighter weight when compared to competing mono-cores or baffle stacks. Some 6.9-inches long overall with an outside diameter of 0.866-inches, the end-user can tune the four internal baffles for performance with different loads and calibers. Notably, the diameter of the new suppressor matches the barrels of CZ’s 455 Varmint series rifles.

Retail on the CZ Rimfire suppressor is $339.

CZ’s suppressor line also includes the Rimfire Integral in both .22LR and .17HMR as well as the $1200 Ti Reflex series of centerfire rifle cans in calibers up to .338 and the S2 Ti Reflex optimized for the Scorpion EVO III S2 Micro.