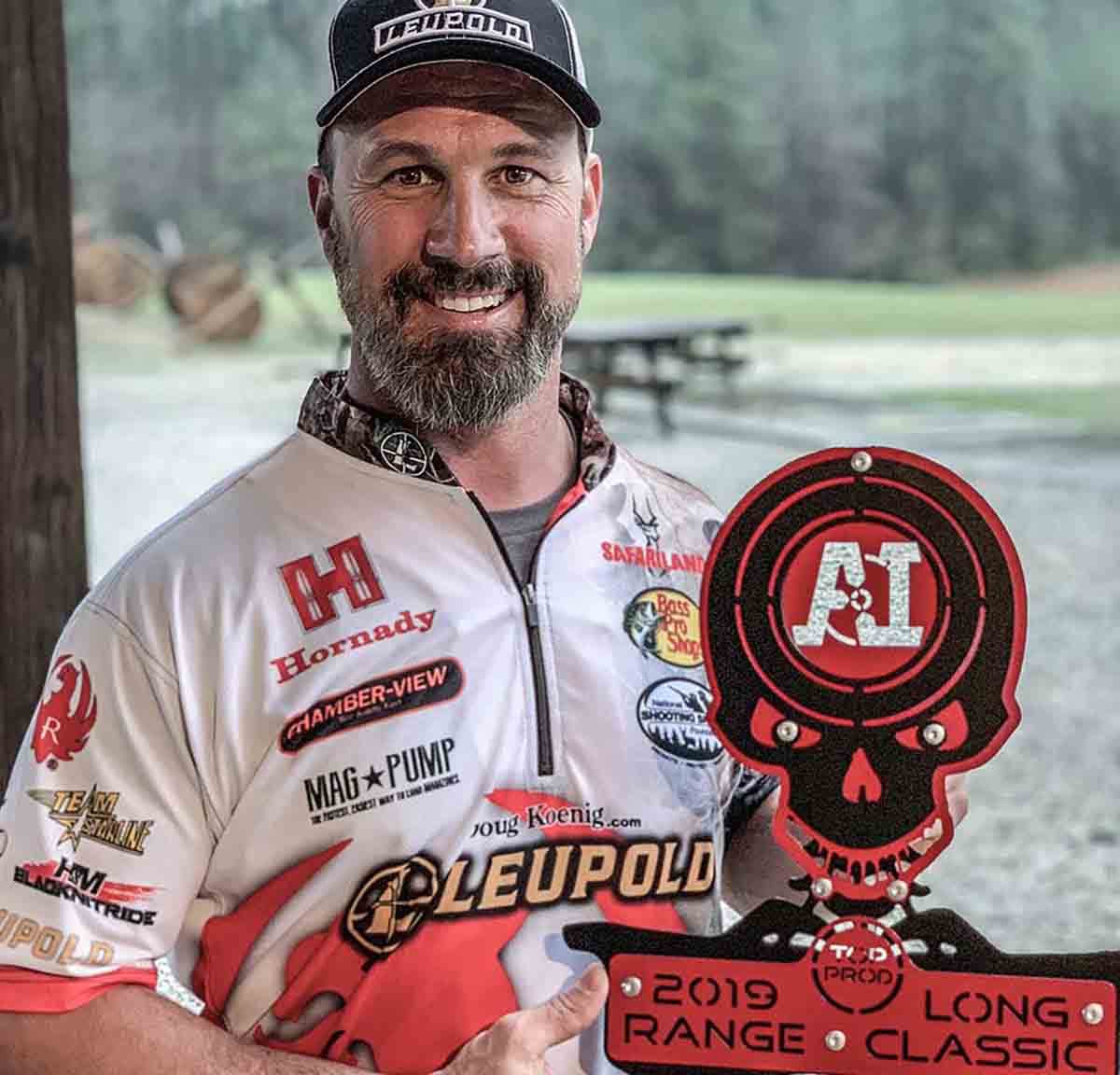 The precision rifle competition pushes competitors through a 16-stage course of fire with reactive and moving steel targets ranging from 300 to 850-yards. The match is designed to test competitors’ skills on accuracy, time and gear management.

Koenig took first in the production division which, according to Precision Rifle Series standards, feature rifles in original factory configuration with no added alternations or improvements. The rifle is also required to come priced under $2,000.

The Ruger Precision rifle is priced under $2,000 qualifying it for Production Division competition. (Photo: Guns.com)

Koenig scored 133 points in the production division with a Ruger Precision Rifle chambered in 6.5 Creedmoor, earning him first prize. The Ruger Precision Rifle offers a cold hammer-forged, chrome-moly steel barrel with 5R rifling and held in an aluminum free-float handguard. The handguard boasts Magpul M-LOK attachment slots for additional accessories. The rifle also sports a 20 MOA Picatinny rail. The rifle rounds out its features with a Ruger Marksman Adjustable Trigger and price tag of $1,599.

Precision rifle is a newer venture for Koenig with the competition shooter taking it up fairly recently.

“I started shooting PRS a little over a year ago and I really love it,” Koenig said in a news release. “The movement and diverse shooting positions that you encounter in this sport always keep it fresh. There is a steep learning curve whenever you start another shooting discipline, but I’m having a great time shooting my Ruger Precision Rifle.”