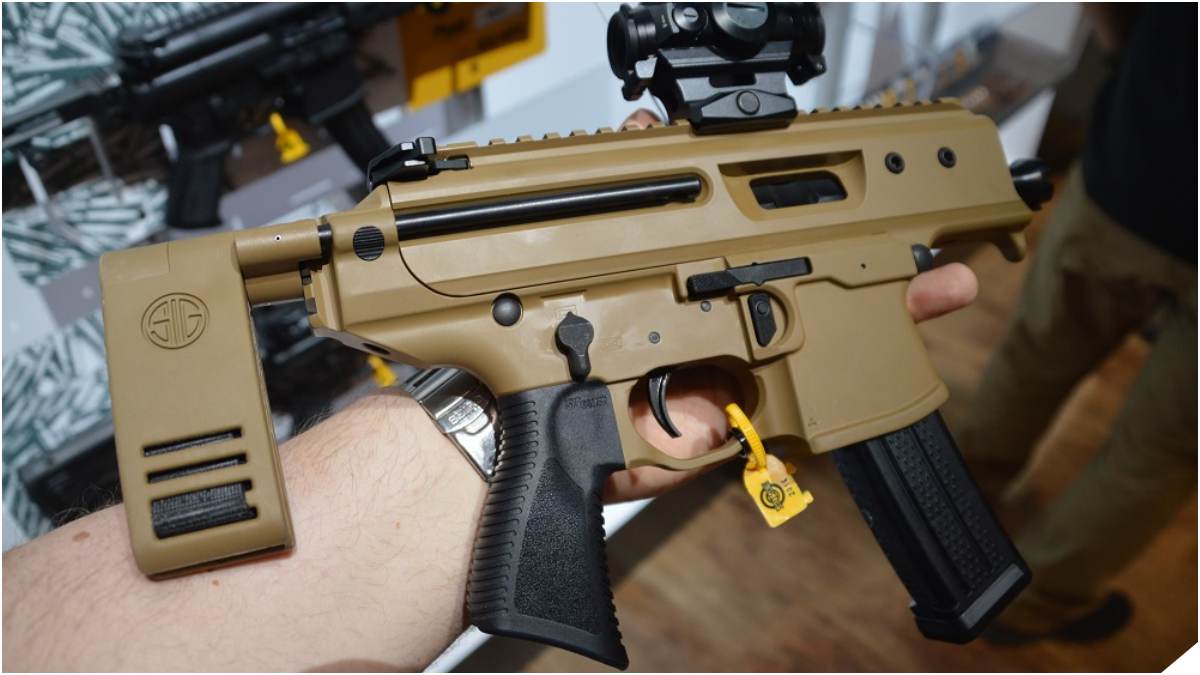 The Copperhead, first announced in January, is available on the commercial market as a standard pistol, with no stamps required. (Photo: Chris Eger/Guns.com)

An ultra-compact version of the MPX, Sig Sauer’s Copperhead variant is legally a pistol new for 2019 and is now shipping to dealers. Featuring a 3.5-inch barrel with an integrated muzzle brake, the 4.5-pound Copperhead comes from the factory with a two-position pivoting brace that Sig advertises as contouring and adapting to the movement of the shooter’s arm. Finished in FDE Cerakote E190, the pistol runs 14.5-inches overall with a top-mounted M1913 rail. First announced in January, the gun was a hit at SHOT Show. 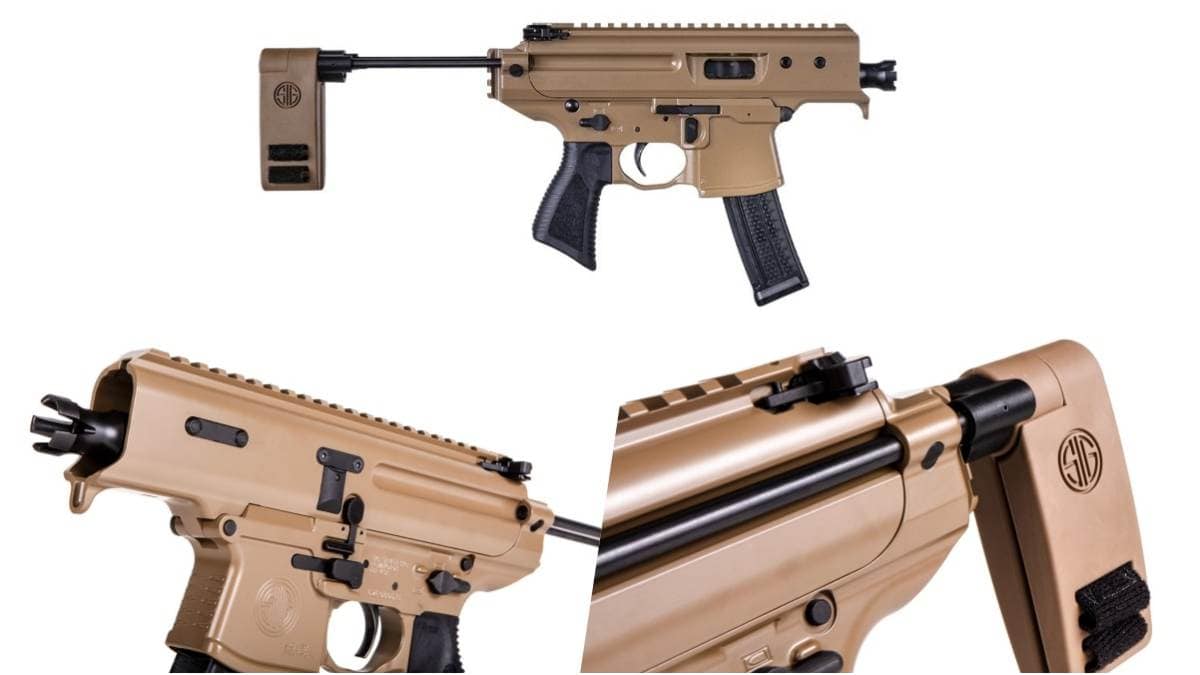 “The SIG MPX Copperhead redefines the sub-gun category with a new level of operator safety, in-field adaptability and proven reliability in the harshest environments with an unconventional design, unmatched performance, and familiar AR handling,” noted the New Hampshire-based company on Wednesday.

We caught up with Daniel Horner, a U. S. Army Reservist and Team SIG Shooter, at SHOT Show earlier this year to talk about both the Copperhead and the M400 Tread, below. Of note, SFC Horner just won the All-Army Championship in Fort Benning, Georgia– with a SIG M17.