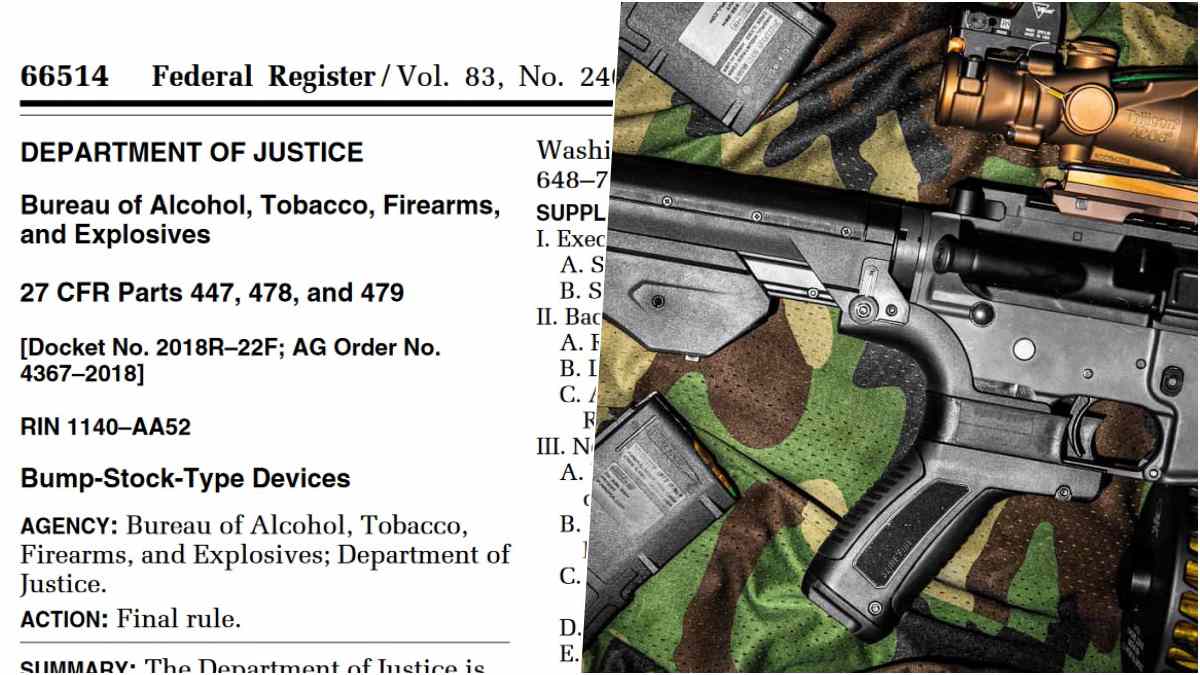 “The final rule clarifies that the definition of ‘machine gun’ in the Gun Control Act (GCA) and National Firearms Act (NFA) includes bump-stock-type devices,” says ATF about the ban.

With the exception of a number of parties engaged in lawsuits against the ban, the federal government’s prohibition on bump stock devices is set to become active on Tuesday.

As gun rights groups and Second Amendment advocates sought a nationwide injunction against the move with the U.S. Supreme Court on Monday, the pending rule change by government regulators to reclassify bump stocks as “machine guns” was set to become effective on March 26. In response, RW Arms, the leading retailer of the devices, announced they would seek to turn in their remaining inventory of bump stocks to the Bureau of Alcohol, Tobacco, Firearms and Explosives.

“RW Arms will transfer 60,000 bump stocks to American Shredder in Fort Worth, Texas, to be shredded and recycled under the supervision of ATF agents,” said the Veteran-owned distributor in a statement.

The ban, signed by Acting Attorney General Matthew Whitaker last December, was endorsed by newly confirmed U.S. Attorney General William Barr earlier this month. The move came at the direction of President Trump, who in February 2018 issued a memorandum instructing the Attorney General “to dedicate all available resources to … propose for notice and comment a rule banning all devices that turn legal weapons into machineguns.”

The public comment period on the rule last summer garnered over 186,000 submissions, fueled by those on both sides of the hot-button issue. Pro-gun groups such as Gun Owners of America, the Madison Society Foundation and the Firearms Policy Coalition argued the ban was an unconstitutional overstep. Anti-gun organizations such as Everytown and Giffords, in turn, urged their followers to visit the federal regulations site to log comments of their own, going so far as to pay for ads on social media to help drive traffic.

In the final days before the ban went into effect, courts swatted away efforts to grant a nationwide injunction to let litigation play out but rather handed down limited orders to protect individuals as well as members of involved groups from the March 26 deadline.

Otherwise, owners of the estimated 520,000 devices currently in circulation who do not destroy their stocks or abandon them at an ATF office could face federal weapons charges that carry up to 10 years in prison and $250,000 in fines for each violation.