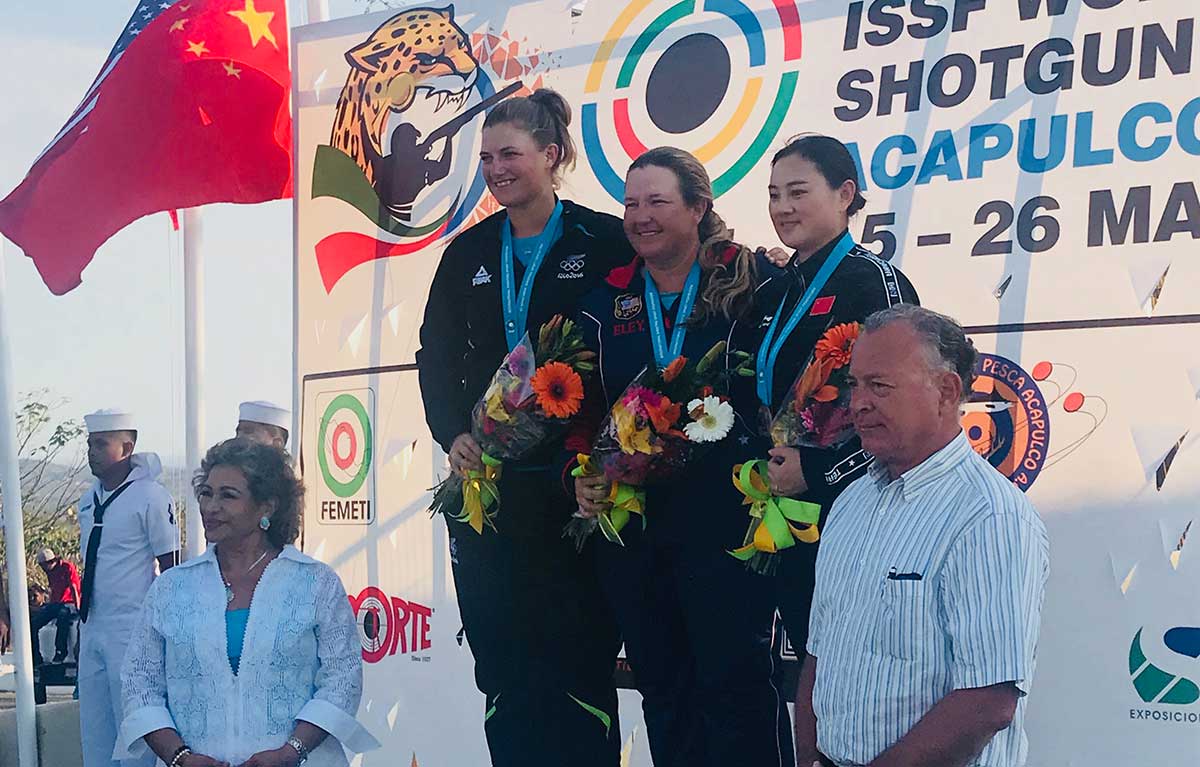 Held in Acapulco, Mexico, the World Cup brings shooters from all over the world together to compete for the title of the best. Rhode began the competition with 50 targets in qualification, entering the final in third place with 121/125 targets over two days. Despite holding the third spot, Rhode hustled and pulled out a gold medal win taking 57/60 targets in the final.

“I had an ‘old school power 50’ going into the Final today,” Rhode said in a news release. “It was super hot and windy, but I was able to win the gold!”

This is Rhode’s fourth World Cup gold, taking home the top prize in 2017, 2015 and 2010. Chloe Tipple of New Zealand took silver while Donglian Zhang of China took bronze. Team USA continues its march towards the Olympics, earning quotas it needs to compete in the games.