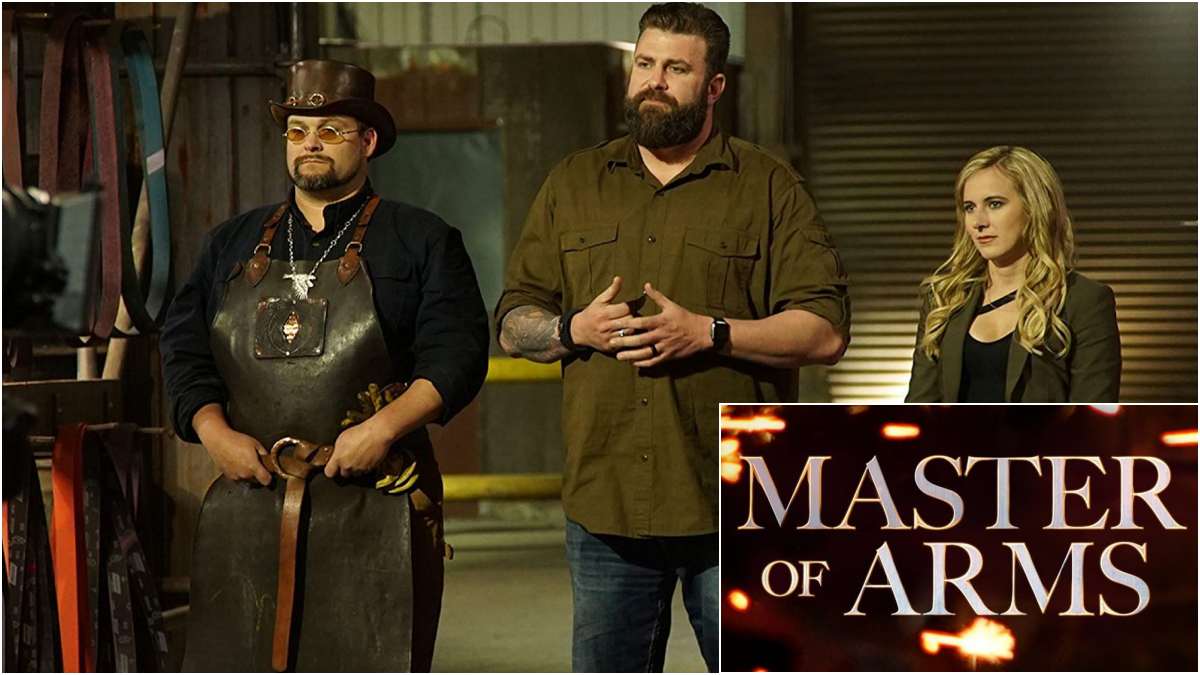 Master Of Arms ran for one season, which premiered last Fall. It was reportedly not renewed for a second (Photos: Discovery)

Master Of Arms, the reality competition that featured a variety of weaponry crafted to impress a panel of gun experts, was not renewed for a second season.

The eight-episode Discovery Channel show first aired last November and on Tuesday judge Ashley Hlebinksy announced on social media the program would not be returning to the network after its initial run. “It was an amazing experience getting to work with so many talented cast and crew,” said Hlebinksy, a noted firearm historian most frequently associated with the Cody Firearms Museum in Cody, Wyoming.

Across its run, the show featured a series of competitors who vied for a grand prize of $10,000 and the title of “Master of Arms,” by completing selected weapon systems that would, in turn, be evaluated for their functionality and historical accuracy. Among the firearms appearing were the blunderbuss, the Elgin Cutlass pistol, American Long Rifle, a flintlock grenade launcher, and a flintlock battleax/pistol.

Master Of Arms was produced by Matador Content for Discovery. The company’s stable includes a wide range of shows for other channels including the History Channel, NatGeo, and Spike.

Half Knife + Half Gun = One Wicked Weapon

Watch as the battle continues on #MasterofArms this Friday at 10p. pic.twitter.com/rkK1ylgOPP