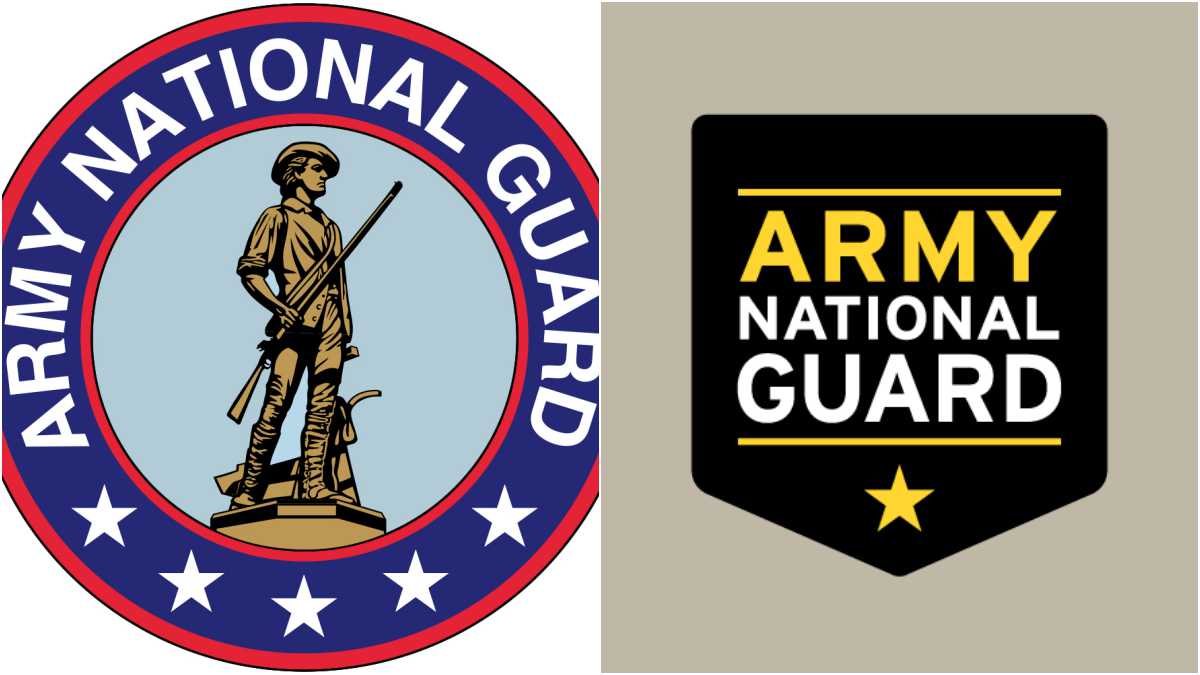 Gone is the traditional flintlock rifle and armed citizen soldier, a move one publication chalked up in part to “no tolerance” policies on the display of images of firearms in schools.

The familiar National Guard Seal and Emblem has long featured a likeness of the famous Concord Minute Man statue in Concord, Massachusetts. The statue, first unveiled in 1875 by sculptor Daniel Chester French, symbolizes the local militia that stood to in an effort to halt the British Army’s 1775 seizure of arms and powder that sparked the Revolutionary War. The man, a farmer rather than a soldier, is holding a flintlock in his right hand while his left hand is still resting on a plow. The National Guard holds that its history predates the country, stemming from the Massachusetts Bay Colonial Militia which was founded in 1636.

The previous design, last approved by the Army in 1989, was used as far back as the 1950s in similar forms. However, it was recently phased out for most applications in favor of a new “brand identity” for all 54 States, Territories and the District of Columbia. The new logo, a gold star on a black background that simply says “Army National Guard,” was adopted according to the branch to more closely tie the service to the U.S. Army in the public’s mind in recruiting materials.

According to Small Wars Journal, a Bethesda, Maryland-based organ of the non-profit Small Wars Foundation, which analyses modern military conflict, the move stems from a “failure of the American Public Education system,” due to poor knowledge of the original symbol’s meaning.

“Furthermore, due to ‘no tolerance’ policies concerning the display of images of firearms in schools, the traditional Minuteman logo could not be displayed due to inclusion of an 18th-century flintlock rifle,” said Franklin C. Annis for SWJ. “Now the National Guard will be represented by a lackluster shield-shaped black logo with white and gold lettering.”