California Mag Rush on as Ban Set to be Restored 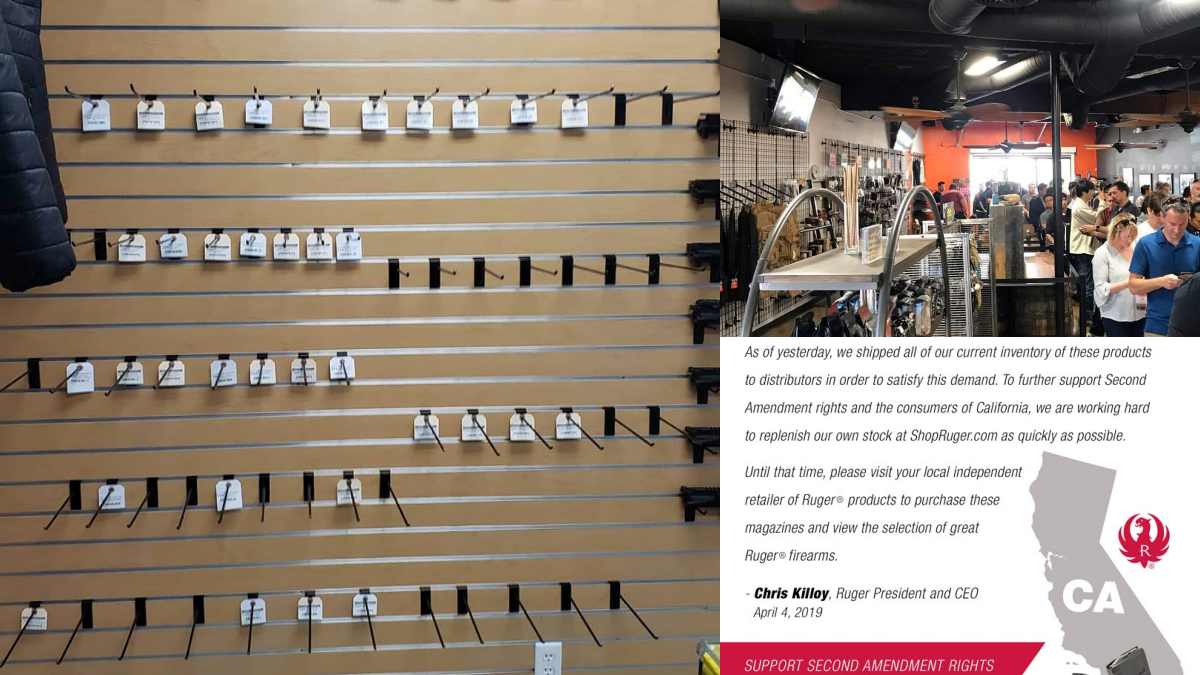 California gun owners for the last week have been able to legally buy magazines that have been banned for non-law enforcement sales since 2000, sparking a rush on gun shops and efforts by manufacturers to speed the devices to the state. (Photos: Sacramento Black Rifle, San Diego County Gun Owners, Ruger)

Eager California gun owners are rushing to get their hands on magazines capable of holding more than 10 rounds as a temporary break from the state’s mag ban is coming to an end.

The ruling that suspended the state law was put into place last week by a federal judge, who in turn granted a stay to California officials while the case continues on appeal. The new order, which becomes effective Friday at 5 p.m., has an allowance for the potentially thousands of new magazines that have been sold in the past week.

In short, on Friday evening California can restart their enforcement of state law prohibiting what are classified as “large capacity magazines,” which includes a ban on making, importing, giving, lending or buying such devices, while the case is in the courts. Likewise, people and businesses who have made, imported, sold, or bought such magazines in the recent window between March 29 and 5 p.m. on April 5, will be able to keep them while the case is still underway.

Many have pointed out this likely means previously ordered mags that arrive after the Friday deadline are illegal.

In the past week, major gun manufacturers and magazine makers have made efforts to ship the devices to the West Coast state, often announcing special deals and sales. On Thursday, Ruger President and CEO Chris Killoy said the company had shipped all their current inventory of such mags to California distributors “in order to satisfy this demand.” Brownells posted a video of boxes of 30-round PMAGs heading down a conveyor with a tag “the Freedom train is coming.”

On the ground in California, local stores have posted images of “batches of Freedom” in the form of pallets of magazines arriving from out of state and many adjusted their hours to accommodate long lines with reports of “hundreds of people” queuing up to buy what in many cases are standard capacity magazines that have been banned from non-law enforcement sales for two decades.

The legal challenge which triggered the ruling, Duncan v. Becerra, was brought two years ago by the National Rifle Association and its state affiliate over a new California law that outlawed magazines grandfathered under the state’s 2000 ban on mags capable of holding 10 or more rounds. The judge in the case, Roger T. Benitez, had previously stayed enforcement of that law, which remains in effect.