This sweet Swedish sub gun proved that better things came from the Scandinavian country than IKEA and Stockholm Syndrome.

Produced by Carl Gustav for the Swedish Army, in its day the M/45 submachine gun was well received and considered the top of the line when it came to compact power. It was designed during World War II, put into production in 1945 (thus the M/45 designation) and labeled Kulsprutepistol, which in later service with the U.S. simply became known as the “Swedish K.”

Taking a cue from the STEN and M3 sub guns of the WWII-era, the M45 was made primarily from metal stampings to make it as inexpensive and light as possible. Its 8.37-inch rifled barrel and folding rectangular buttstock gave it an overall length of 21.7-inches when collapsed. Its weight, at 7.37-pounds unloaded, is on par with the UZI, which it predated.

A straight-blowback action weapon that fired from an open bolt, it hummed out NATO standard 9x19mm rounds from a 36-round Suomi-style stick mag at a controllable 600-round per minute cyclic rate. It had no option for select-fire and was full-auto-only.

The Swedes liked the simple bullet hose so much that they kept it in service for nearly 70 years, only putting it to pasture around 2007. 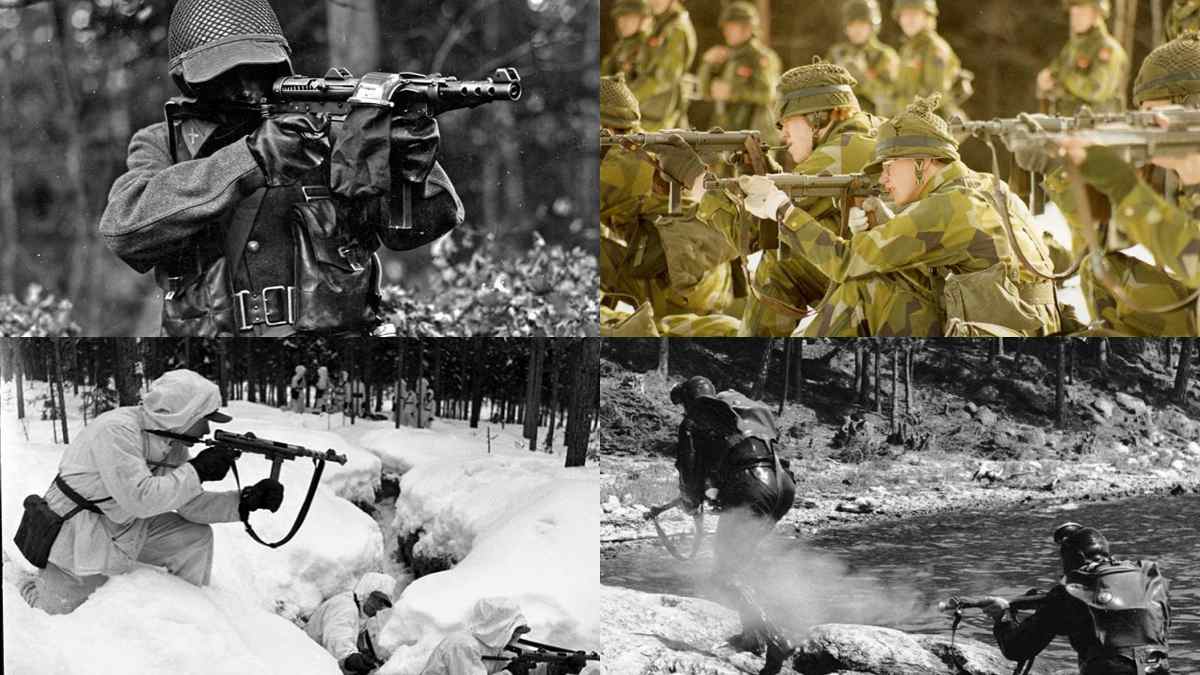 Simple and effective, the gun was popular in Sweden– and would also prove so elsewhere

Not only used by Sweden, the M45 was loved by countries as diverse as Egypt — who made them locally as the Port Said — as well as Paraguay, South Vietnam, and Algeria. Even the Irish used them.

During the Vietnam War, the U.S. Navy’s SEAL teams and Army’s Green Berets. especially in the early days of the conflict, liked the gun and it was issued extensively, crossing over to be utilized by the CIA and MACVSOG operators in places that were lost to the official record. 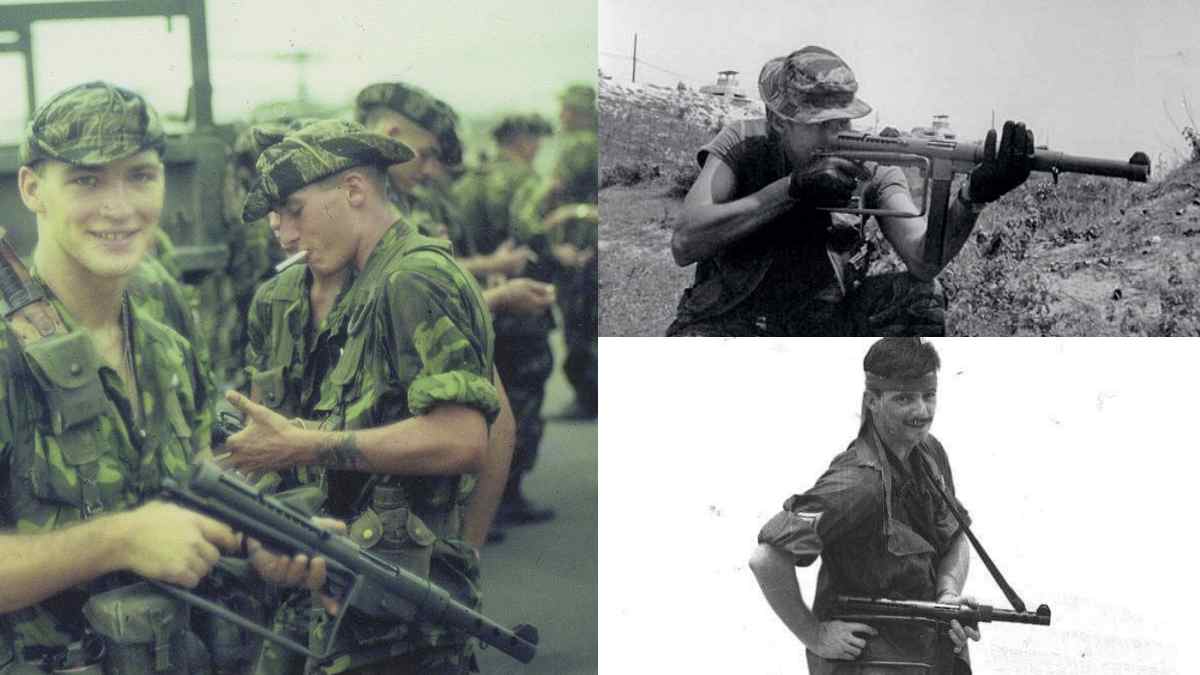 However, once Stockholm found out their beloved 1940s open-bolt SMG was being used in the highlands of Indochina, they stopped exporting them to the U.S., which sparked Freedom-loving Smith & Wesson, at the Navy’s urging, to craft a very similar weapon as their Model 76, the company’s first (successful) sub gun.

The S&W M76 went on to have a life of its own and was not only used by the SEALs but was a go-to for 1970s SWAT teams. Further, its cool looks and domestic availability translated to a universal adapter for period action flicks. This included use by Charlton Heston in post-apocalyptic epic, The Omega Man (which was remade by Will Smith as I Am Legend, with a more modern M4); in the hands of Misters Blue, Green, Grey and Brown in The Taking of Pelham One Two Three; and Lee Marvin in Prime Cut. 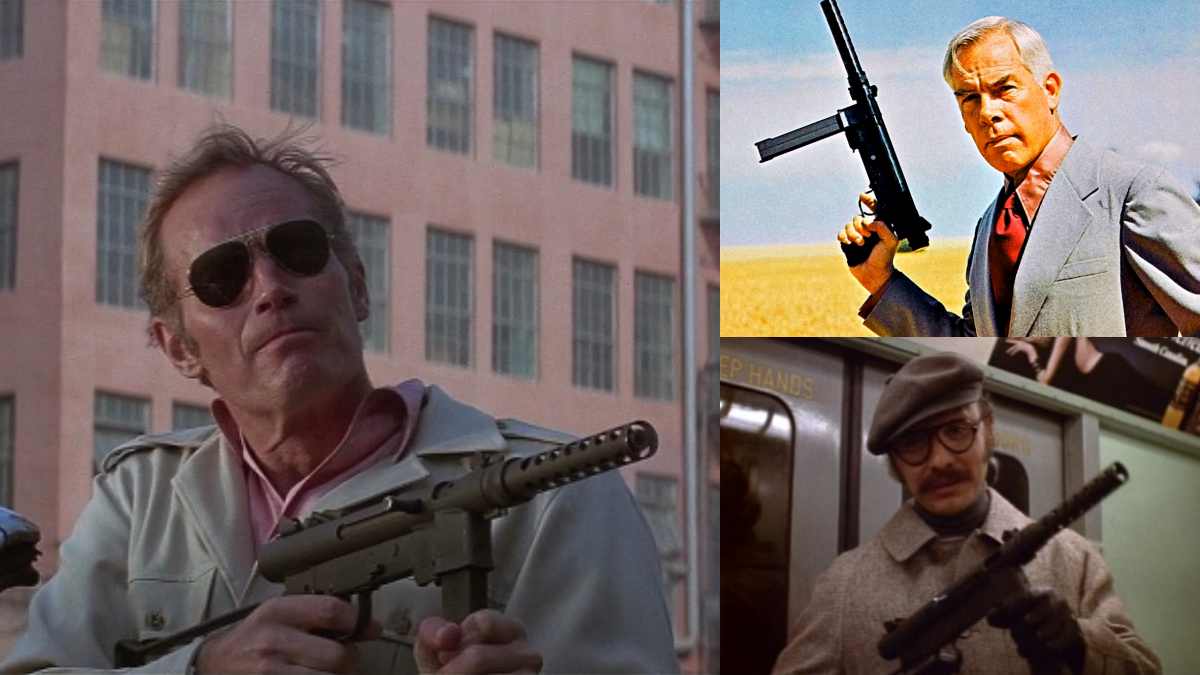 With over 300,000 made by the Swedes, and thousands more by the Egyptians and the very similar S&W M76, there are a good many transferable models floating around, but they run anywhere from $5-$15K depending on condition and vintage.  They are all lots of fun, though, Swedish meatballs not included.