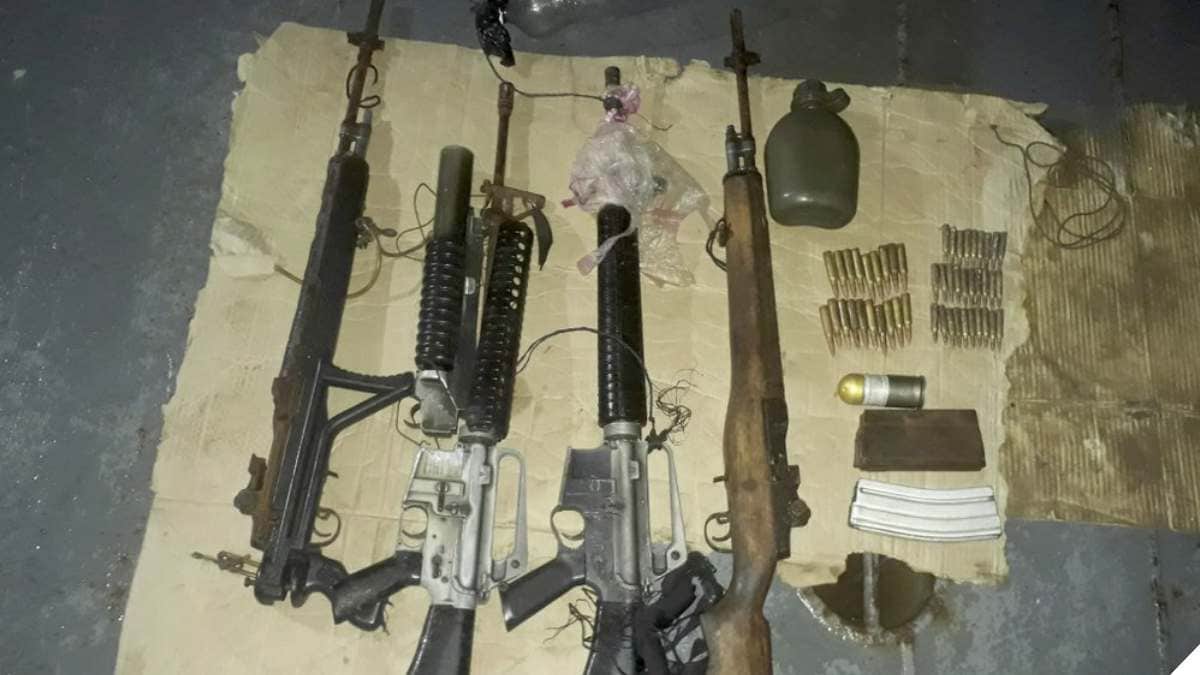 The guns recovered are a rusty and crusty mix of M14s and M16s, which looks like they have seen a lot of service in the tropics. (Photos: Philippine Marines)

Philippine Marines recently recovered firearms from local insurgents that are not quite “new in box.”

A team of Fleet-Marine Units operating in the far-flung Sulu Archipelago moved in over the weekend to rescue a group of hostages held by Islamic terrorists of the Abu Sayyaf Group. The action, which included a 10-minute firefight, ultimately led to the freedom of two Indonesians and one Malaysian hostage after “the neutralization” of three ASG members.

Captured by the Marines were a pair of M14 rifles, two M16s — including one fitted with an M203 grenade launcher, and about a coffee can full of assorted ammo. Notably, one of the M14s has had its stock replaced with a side-folding plastic one that is no doubt a joy to shoot.

The M16s are most likely domestically-made. Between 1974-1986, a local company, Elisco Tool Manufacturing Co. cranked out 150,000 M16A1s for the Philippine Government under license from Colt. In recent years, they have been refitted with A2 style handguards to replace the old Vietnam-era type. As such, old ETM M16s “in the white” are common in the islands.

Check out these other guns, recently recovered in operations against ASG and Bangsamoro Islamic Freedom Fighters (BIFF): 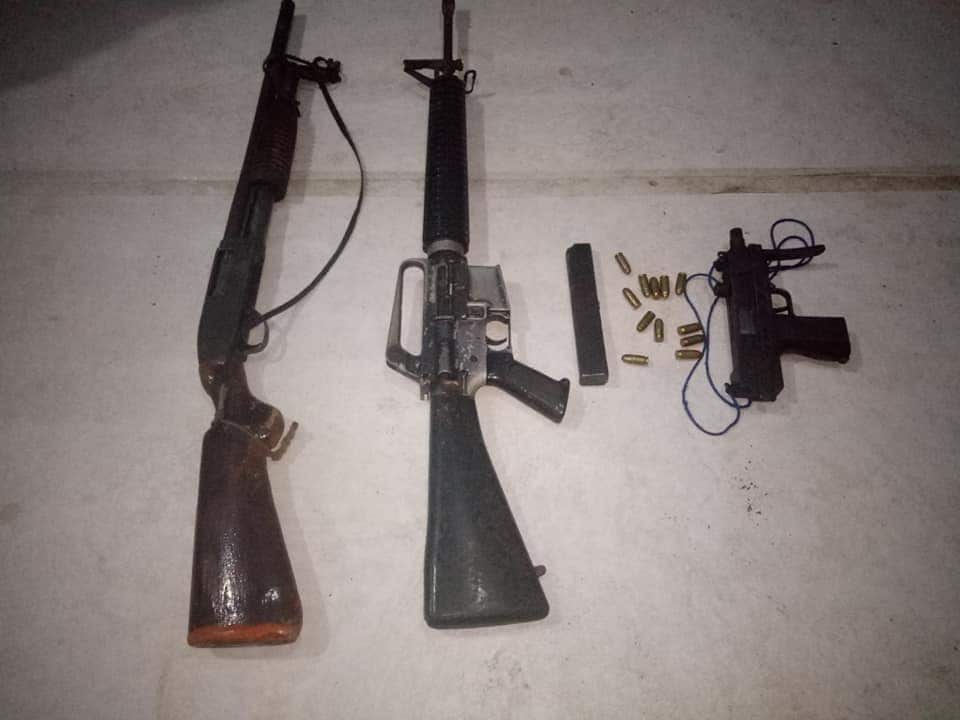 This shotgun, EMT M16 and likely locally-made pistol were taken from New People’s Army cadres on Samar. The Philipines has a large cottage industry when it comes to gun production. 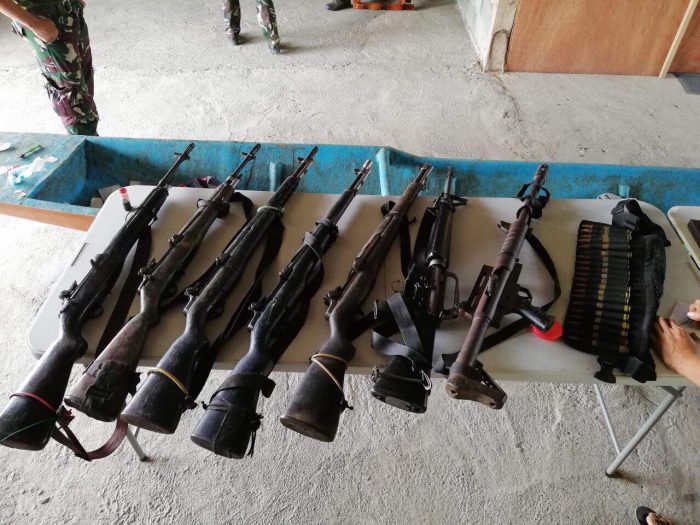 Speaking of DIY guns, check out the rifle-like object to the right of these M1s and M14s recovered from a cache 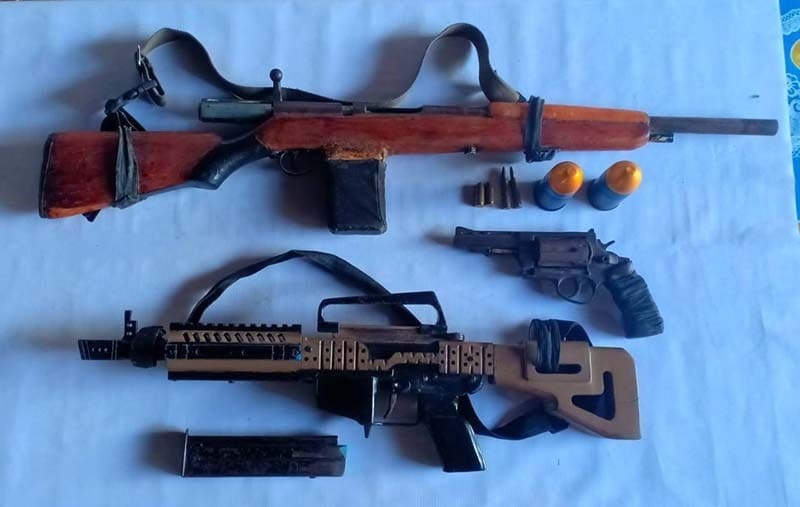 Or these plumber’s dreams 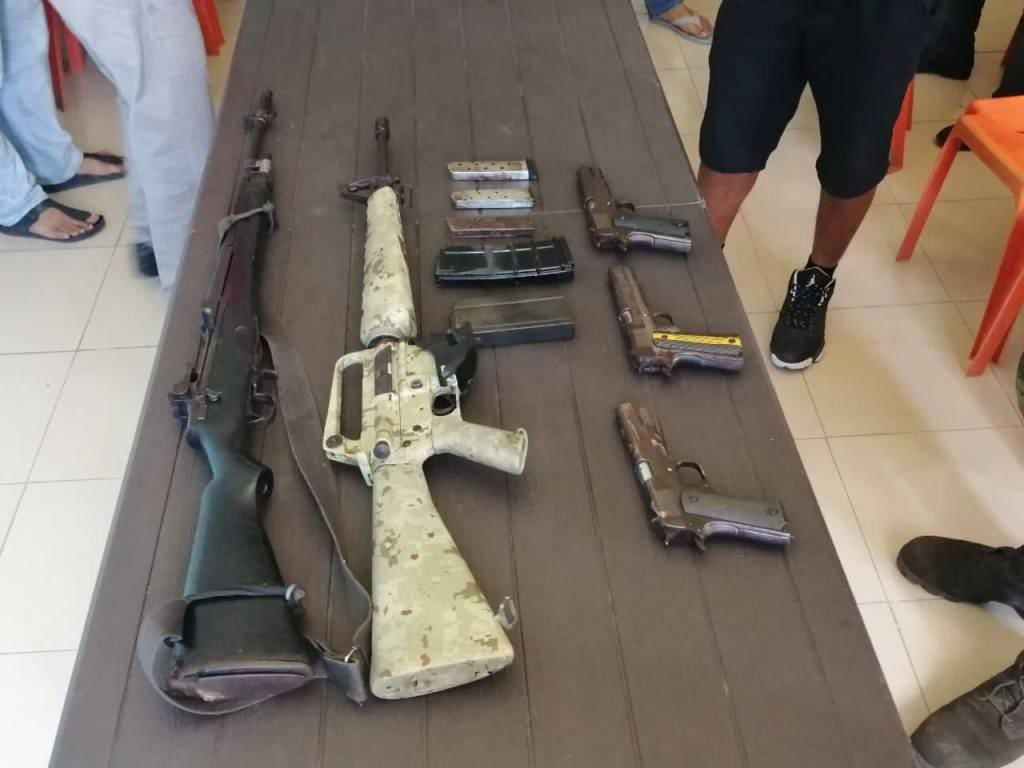 Sadly, those 1911s are likely WWII-era guns supplied to the Philippine military in the 1940s 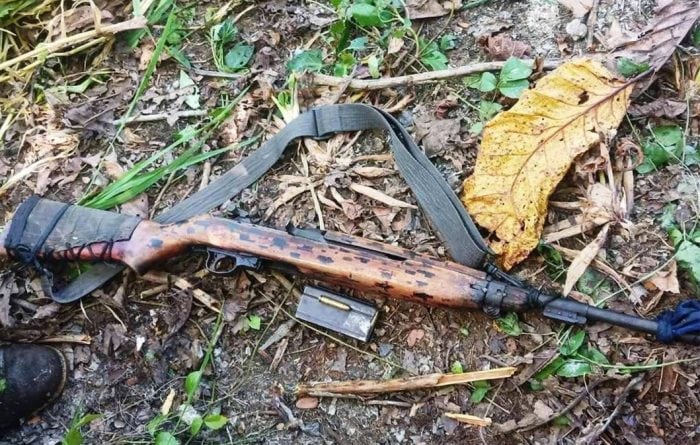 As was this modified M1 Carbine 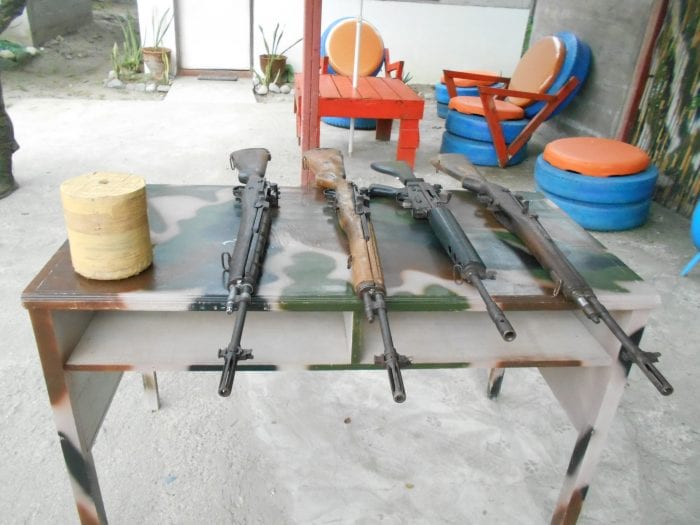 As for Abu Sayyaf, the dwindling group has been around for about 30 years but has spent most of the past decade funding their operations through kidnap and ransom.

Currently, the Philippine Marines are equipped with Remington-made R4 rifles and are soon to be equipped with Armscor (Rock Island) double-stack 1911s to replace older U.S.-supplied .45s.