Besides its status as an early transferable select-fire Colt — in a gold finish — the prototype is the first model of the AR-15 to have a forward assist.

Rock Island has the gun, serial no. “COSUSA1” up for grabs in their upcoming May Premier Auction. The rare Colt AR-15/XM16E1 was presented to Gen. Earle “Bus” Wheeler, the storied Chairman of the Joint Chiefs of Staff through six years of the Vietnam War.

Wheeler, who served as in infantry officer early in his career to include service in WWII, reportedly took a keen interest in the Colt, which was eventually selected to replace the Army’s M14 — the latter a gun which had been developed by the Army’s own Ordnance Department. One sticking point for the service was the absence of a way to manually close the M16’s bolt, a feature which became standard on the Colt 603 models after 1963.

The first test gun with the forward assist, given a gold finish and a buffed polish job on the plastic, was presented to Wheeler by Colt President Paul Benke in 1964. 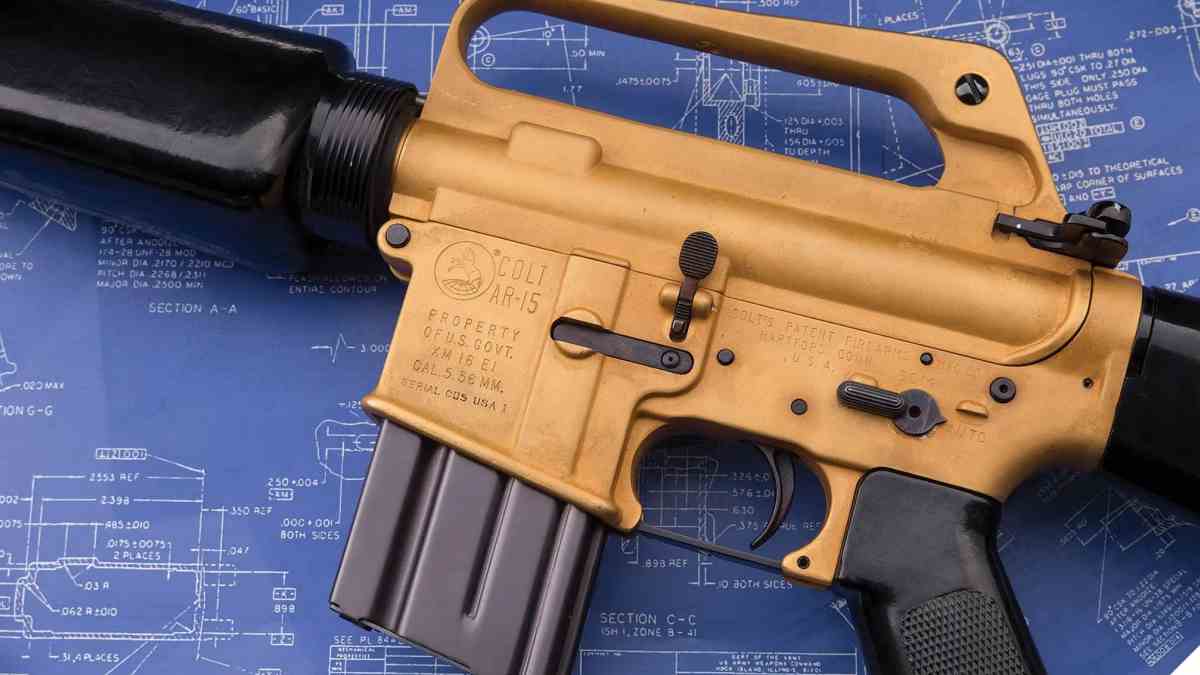 It’s thought the one of a kind serial number of “COSUSA1” stands for “Chief of Staff US Army, Serial Number 1.” Wheeler was the Chief of Staff of the Army from 1962 to 1970, and Chairman of the Joint Chiefs of Staff overall from 1964 to 1970, holding the latter position longer than any other general. (Photos: RIAC) 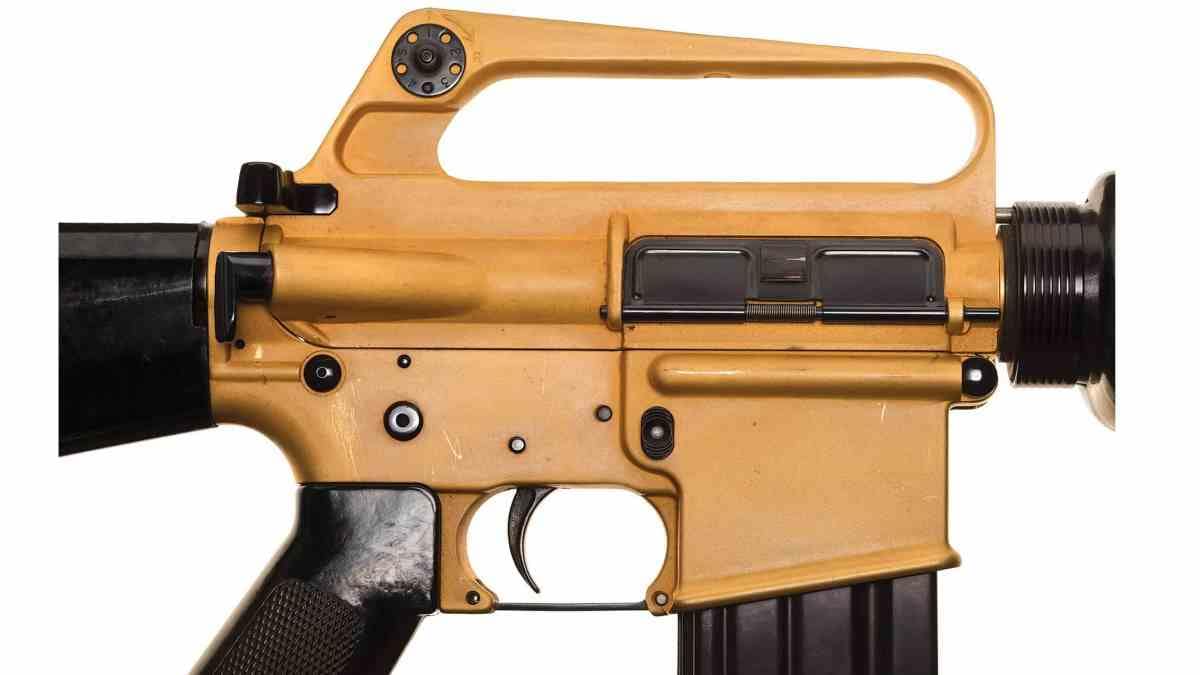 Besides being the first with the forward assist, the gun also has early full-auto bolt carrier with the flat head cross pin, early machined selector switch with the small hole in the center on each side, the early Type 1 buffer assembly, and a three-prong, open flash hider.