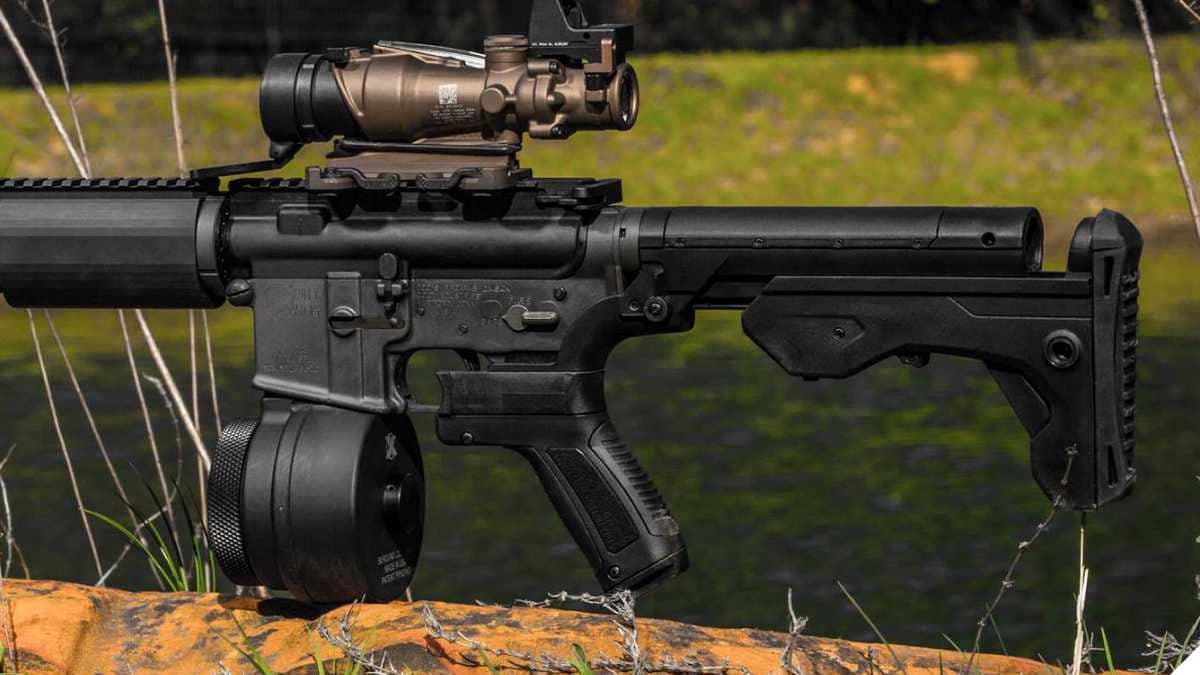 Retailers who had to destroy tens of thousands of bump stocks to comply with an ATF rule change have gone to the court seeking compensation. (Photo: Slide Fire Solutions)

Two former retailers of now-banned bump stock devices are suing the federal government for damages they incurred after having to destroy their inventory.

The plaintiffs include two companies, Minnesota’s Modern Sportsman and Texas-based RW Arms, as well as two individuals, Mark Maxwell and Michael Stewart, who in all lost 74,995 bump stocks to the ban which took effect late last month. The case, filed in a Washington, D.C. federal court, argues that the ban’s requirement that bump-stocks be surrendered or destroyed within a 90-day period, with no opportunity for registration, violated the Takings Clause of the Fifth Amendment which states that private property can’t be taken for public use without compensation.

The rule change, retroactively reclassifying legally-sold bump stocks as illegal machine guns, became effective on March 26. After that date, those possessing a bump stock could face federal weapons charges that carry up to 10 years in prison and $250,000 in fines for each violation. Between 2008 and 2017, the Bureau of Alcohol, Tobacco, Firearms and Explosives had issued several classification decisions concluding that certain bump-stock-type devices were not machine guns.

“Without legislation, the government was able to overturn the previous ruling on bump stocks effectively turning law-abiding gun owners into felons overnight if they were not turned in or destroyed,” said Stewart of RW Arms. Stewarts’s Fort Worth-based company last month turned over more than 73,000 stocks to be shredded under the supervision of federal agents.

The lawsuit seeks an order recognizing that the stocks lost without just compensation violated the Constitution, leaving the government on the hook for the property along with the costs of suit, including attorneys’ fees and interest. An answer is due from the Department of Justice by April 11.