Team Sig members Lena Miculek and Daniel Horner add to the growing list of titles attached to their names, taking home National Championship titles at the 2019 USPSA Sig Sauer Multi-Gun Nationals. The Multi-Gun Nationals,  held April 3-7 at the Universal Shooting Academy in Frostproof, Florida, brought in 180 competitors to compete through 12 stages. Stages were scored for speed and accuracy with targets ranging from 5 to 425 yards.

“This win was particularly special to me because it was my first time competing at the USPSA Multi-Gun Nationals as a member of Team Sig,” Horner offered in a press release. “Heading into the three-day competition I had two goals, first to bring home a win for Team Sig, and second to showcase the elite performance of the wide range of Sig Sauer products. I am pleased that I achieved both goals and I will continue to prove through competition that Sig Sauer is the leader in the industry for firearms, optics, and ammunition.” 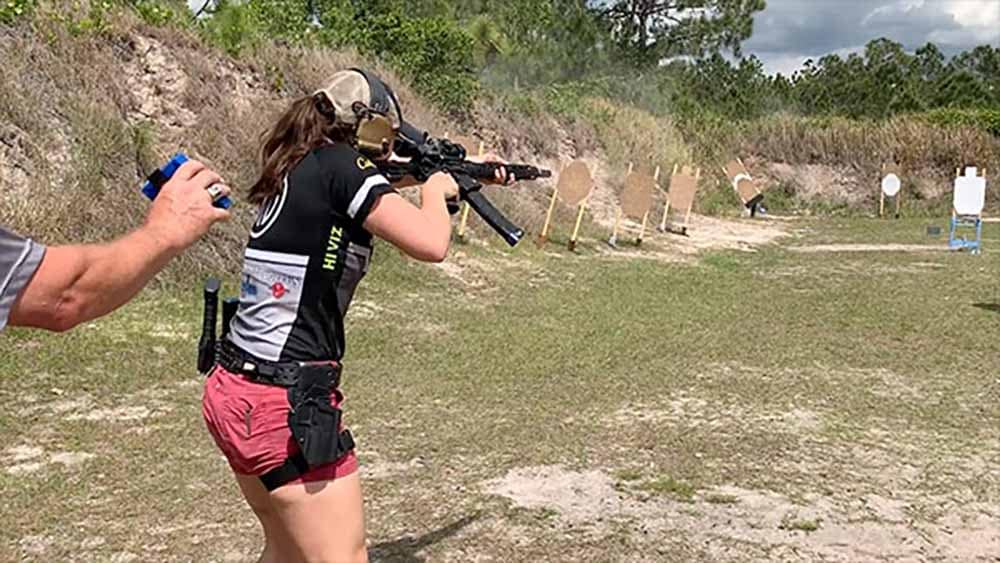 Miculek continued to prove her dominance in competition, taking the Ladies Open Division National Championship. Miculek ran the competition with her Sig Sauer P320X5 equipped with Romeo1 Optic and Sig Sauer M400 rifle and Romeo3 optic. This particular competition was the first match of the season for Miculek who said she was happy with her performance.

“For my first competition of the year I couldn’t be happier with my results,” Miculek said. “Winning the Ladies Open Division title at the USPSA Multi-Gun Nationals was one of the goals I had sent for myself this season, and it comes as a result of dedication to my training and the reliability, accuracy, and performance of my Sig Sauer equipment.”