Outdoorsman David Bernhardt Confirmed as Secretary of the Interior 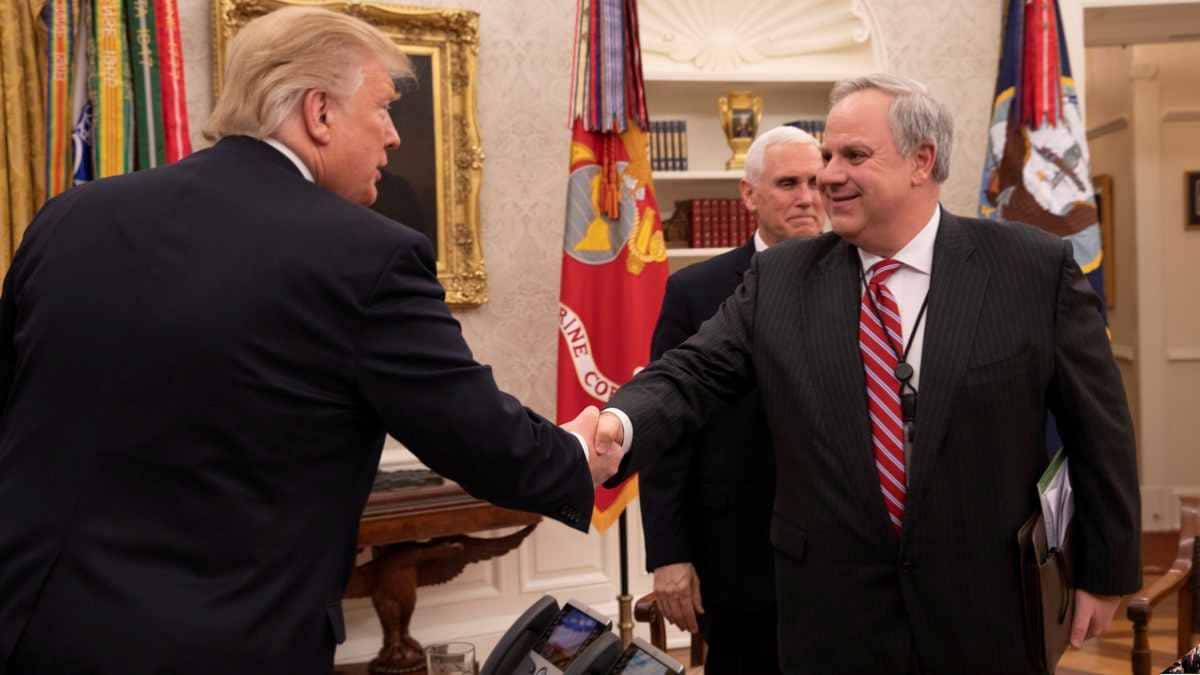 Supported by Republicans and a host of pro-gun and conservation groups, David Bernhardt was confirmed last week as Secretary of the Interior.

Bernhardt, who served as Acting Secretary of the Interior since the departure of Ryan Zinke in January, had been previously confirmed by the Senate to the department’s number two position in 2017. The Senate doubled down on President Trump’s nominee in a bipartisan 56-41 vote last Thursday that saw every present Republican — as well as a smattering of Dems and Independents — vote in Bernhardt’s favor.

Formerly Interior’s solicitor during the administration of President George W. Bush and a member of Virginia’s Board of Game and Inland Fisheries, on the eve of the Senate vote, U.S. Rep. Paul Gosar, chair of the House Subcommittee on Energy and Mineral Resources, called Bernhardt “the most qualified candidate we have ever had at the Department of Interior.”

In the past two years, the Department has expanded hunting and fishing opportunities on federal land, reversed a looming ban on traditional ammo, moved to protect big game migration corridors and attempted to swell the numbers of hunters and shooters through programs including designating August as National Shooting Sports month and October as National Hunting and Fishing month.

Since rejoining Interior two years ago, Bernhardt, who is an avid hunter, has worked with the sportsmen’s community to discuss policy priorities and has assisted with implementing recommendations from the newly-formed Hunting and Shooting Sports Conservation Council, an advisory group tasked with providing feedback to the Department to benefit wildlife as well as the hunting and shooting sports.

His confirmation was supported by a coalition of more than 30 groups representing millions of sportsmen ranging from the Mule Deer Foundation and National Wild Turkey Federation to Safari Club International and the National Rifle Association.

“As an avid hunter, shooter and fisherman, Secretary Bernhardt is committed to conserving America’s outdoor heritage,” said Chris Cox, executive director of the NRA’s lobbying arm. “Under his leadership, the Department of Interior will continue to pursue conservation policies that respect the rights of America’s outdoorsmen and women.”