On the morning of Nov. 5, 2017, Stephen Willeford was asleep inside his home in Sutherland Springs, Texas until he awoke to the sound of gunfire. Knowing only that it was gunfire, he threw on a pair of jeans and ran to his gun safe. He grabbed an AR rifle, a handful of rounds, and bolted out the door toward danger. Willeford has been hailed as a hero for what he did next. He confronted a gunman who had just murdered 26 people and injured 20 others inside a church.

As a gun rights advocate and former NRA instructor, Willeford is a tried and true gun guy. Although statistically rare, Willeford trained because he knew a tragedy could happen along with any number of awful circumstances. On an ordinary day, though, you won’t find him toting around a rifle as his every day carry.

In an interview with Guns.com, Willeford said he carries a Kimber Ultra CDP pistol – one of the originals that was popular before the Marc 2 was released – and likes the 1911 style with a single-action trigger. 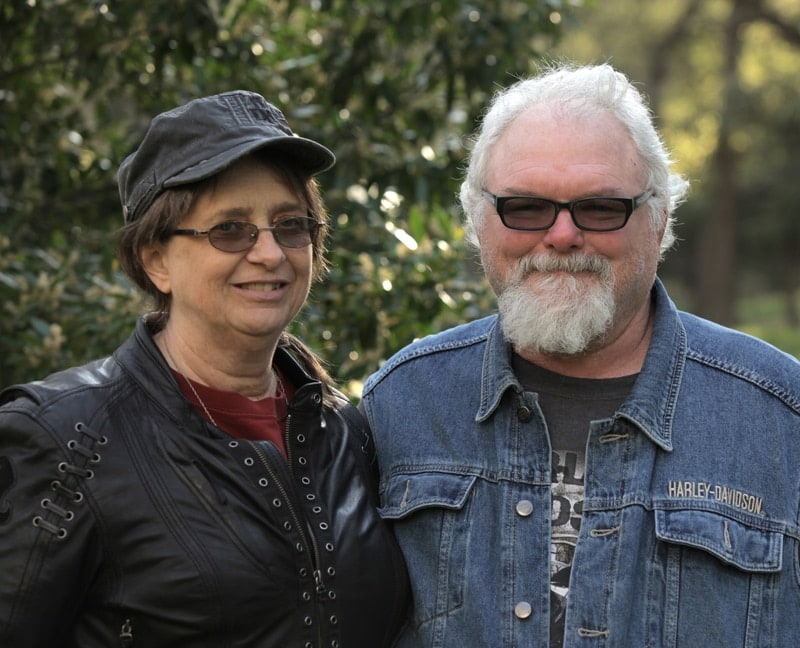 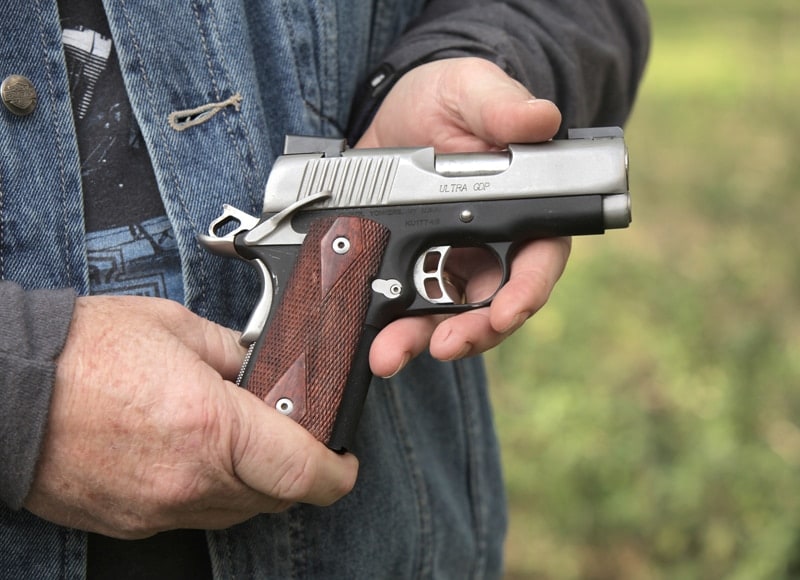 Willeford said he carries a Kimber Ultra CDP pistol – one of the originals that was popular before the Marc 2 was released – and likes the 1911 style with a single-action trigger. (Photo: Don Summers/Guns.com)

“I’ve carried this gun for over 20 years. It’s a great pistol. It’s light due to the recoil reduction on the inside and the aluminum frame. It’s never failed me, and its size makes it very easy to conceal,” he said. Willeford added that he keeps the handgun in a Triple K pancake-style holster with a thumb break to ensure that it doesn’t fall out when he’s riding his Harley Davidson motorcycle.

When a less noticeable and deeper carry is required, Willeford said he carries a smaller pistol. His Smith & Wesson M&P Shield allows him to step out in a suit without worry of his gun being seen. He carries the Shield on his hip inside his pants using a Kydex holster that features the comfort of a contoured molded back. He likes that it is designed to hug the body and prevent skin abrasion from the pistol.

His wife, also a shooter, carries an M&P Shield 2.0. A newer gun than his Shield with a built-in crimson trace laser that lights up brightly in low-light situations. This pistol is accurate and makes hitting targets extremely easy. Willeford said with fondness and a smile: “My wife is really good with her pistol and does really well in competitions. Actually, she’s my back-up.”

Williford now works with the community to help victims of the tragedy. Kristopher Workman was injured during the mass shooting. He was the praise ministry leader at the Sutherland Springs church and still is. The community is building a brand new home that is handicap accessible for Kris and his family. Because of the injuries he sustained he is now a paraplegic. Father of a vibrant little girl and husband to wife Colbey they both work with the youth of the Sutherland Springs church. To support the community and their efforts to build Kris a house please send checks to: Military Warriors Support Foundation.In the memo space put the name Kristopher Workman. Checks can be sent to:
Military Warriors Support Foundation
Attn: Casey Kinser
211 N. 1604 E. Suite 250
San Antonio, TX 78232