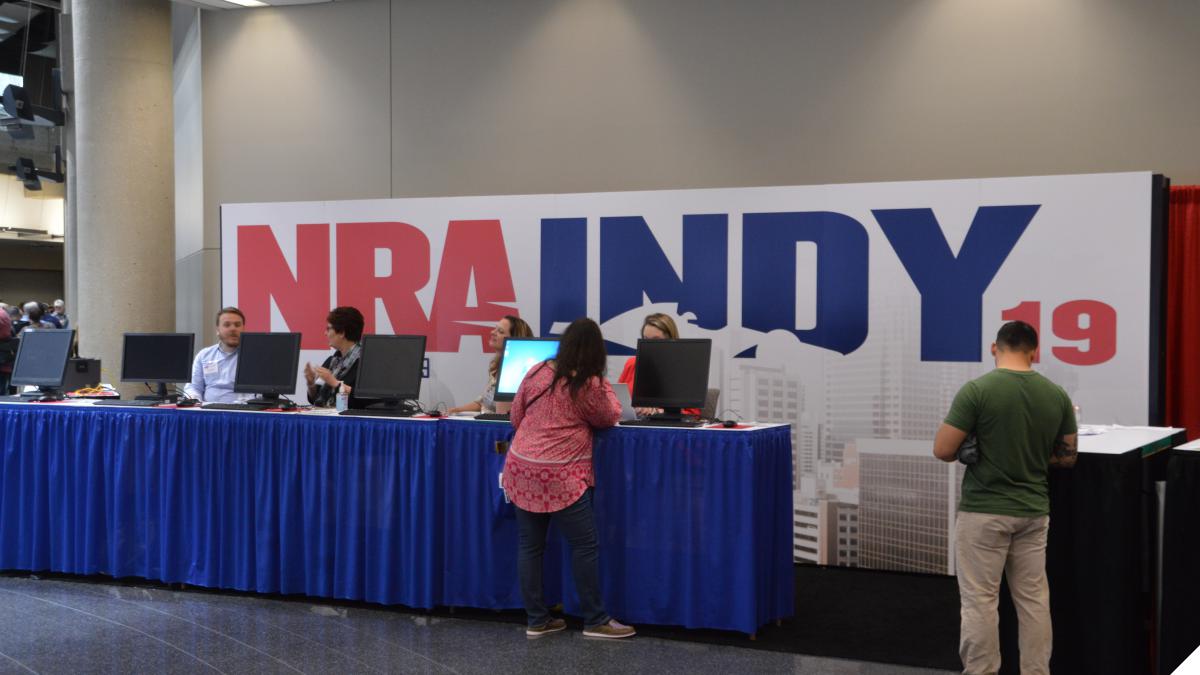 The NRA is returning to Indy after five years and has a larger show than in 2014 but legal firearm carry is still the rule for most areas not under Secret Service jurisdiction. (Photo: Chris Eger/Guns.com)

Lawful firearms carry is the law of the land in most places for the 148th National Rifle Association’s Annual Meeting and Exhibits in Indianapolis, Indiana this week.

With over 650,000 sq. ft. of gun and accessory displays and more than 800 exhibitors, most areas of the 15-acre Indiana Convention Center and Lucas Oil Stadium will permit firearm carry in accordance with state and local laws. Those areas off-limits to otherwise legal carry include the venue where the NRA-ILA Leadership Forum is held on Friday, due to Secret Service rules, as a part of the planned attendance of President Trump and Vice President Pence. Likewise, the companion Alan Jackson concert on April 27 will also be out-of-bounds for legal carry.

Similar rules have been in place in past NRAAM events in Dallas, Atlanta, Louisville, Nashville, and others.

When it comes to state law, Indiana has liberal reciprocity for visitors carrying firearms as The Hoosier State honors resident and non-resident permits from all states and jurisdictions. Open carry is legal but requires a license.

Notably, some areas such as schools, riverboat casinos, and airports are among those with durable “gun free zones” despite valid handgun licenses. Further, private businesses can choose not to allow guns on their property. As for Indy-area businesses, local tourism officials say the welcome mat, rather than the “no guns” allowed sign, is out.

“At this point, we have not heard or seen any business owner or tourism partner post either on their premises or on social media any other message than a welcoming one,” Chris Gahl, senior vice president of marketing and communications for Visit Indy, told the Indy Star.

The NRA is expecting upwards of 80,000 visitors to the three-day event, which begins Friday and runs through the weekend. The group is returning to Indy for the first time since 2014, where a smaller nine-acre show featured 600 exhibitors and welcomed about 75,000.