California is home to high culture and Hollywood fame and, what many may not realize, some of the best waterfowl hunting in the world. While the state has been a thorn in the side of gun owners lately — ostracizing many and forcing others out — there are still organizations that fight the good fight. California Waterfowl Association has propped up gun owners and wetland habitat alike.

The non-profit, hunter-based, conservation organization has an aggressive plan to influence both gun and hunting rights and, in turn, keeping anti-gun proponents at bay. “We do work exclusively in California to support waterfowl populations, wetlands, and hunting. We do advocacy at the state level as well on issues ranging from hunting to guns to habitat,” said Holly Heyser, CWA Director of Communications.

Heyser explained that CWA encourages hunting through youth and adult hunter education programs, which they host on their properties across the state. The crown jewel of their duck clubs, though, is located about 50 miles outside of San Francisco in Suisun Marsh at Grizzly Ranch.

Fighting for the Wetlands

Ducks make regular migratory pitstops to Suisun Marsh, the largest brackish marsh on the west coast. But, if organizations like CWA didn’t preserve it, the duck habitat would likely not exist, argued Sarabeth Gosalves, CWA Becoming and Outdoors Woman Coordinator. “Those areas are fodder to be developed into commercial properties, large scale airports, large scale landfills,” she said. 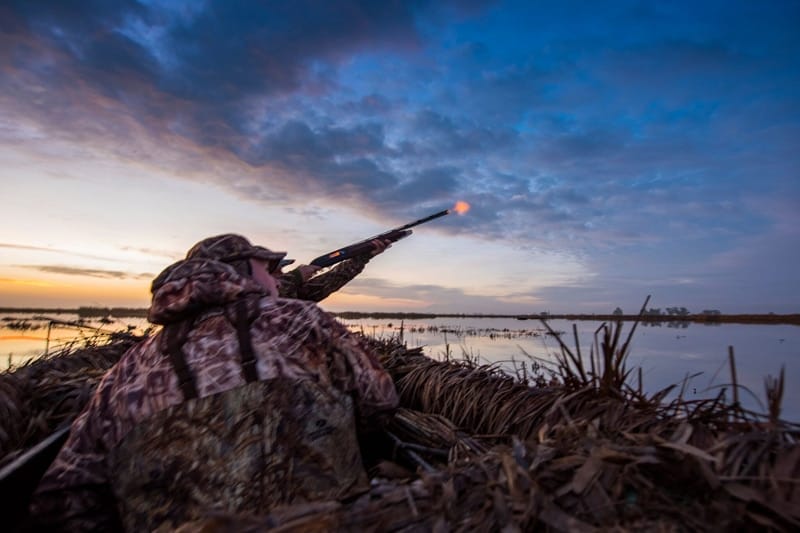 Anticipation breaks and adrenaline rushes as the birds are fired upon. (Photo: Wayne Tilcock/Calwaterfowl.org)

Year round, CWA operates some 2,200 acres, which they call Grizzly Ranch, within the marsh. There they host summer camps for kids and adults as well. “The things we’re doing to recruit and retain hunters is super important … hunting is something that is passed down through generations, and when one person stops that can be the end of the road,” said Heyser, who discovered hunting in her 40s. 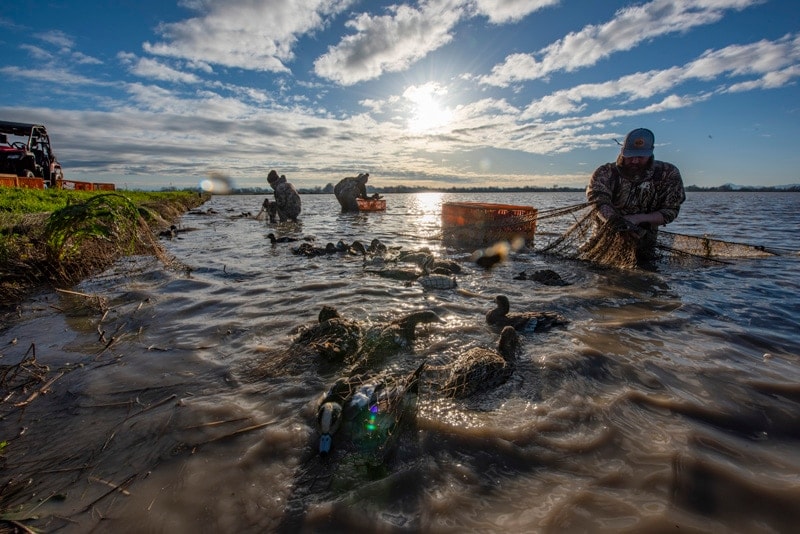 CWA operates under the philosophy that people will naturally favor conservation once they start hunting. “Waterfowl hunters are the primary the reason that waterfowl populations are what they are … the money that they pay in license fees goes to fund habitat restoration throughout the nation,” said Robert Eddings, the Suisun Marsh and Bay Delta Manager for CWA.

Eddings added hunters are giving a tremendous amount of money every year to conservation. Beyond that, the duck club owners of Suisun Marsh volunteer countless hours to maintain their clubs for the good of the flock.

With the largest citizen science effort of its kind, the California Wood Duck Program, CWA is an organization like no other. Since starting in 1991, the program has brought together farmers and ordinary citizens to help maintain populations of the beautiful California Wood Duck. Along with their partners at UC Davis, this innovative program has helped more than 800,000 ducklings leap from box to pond. 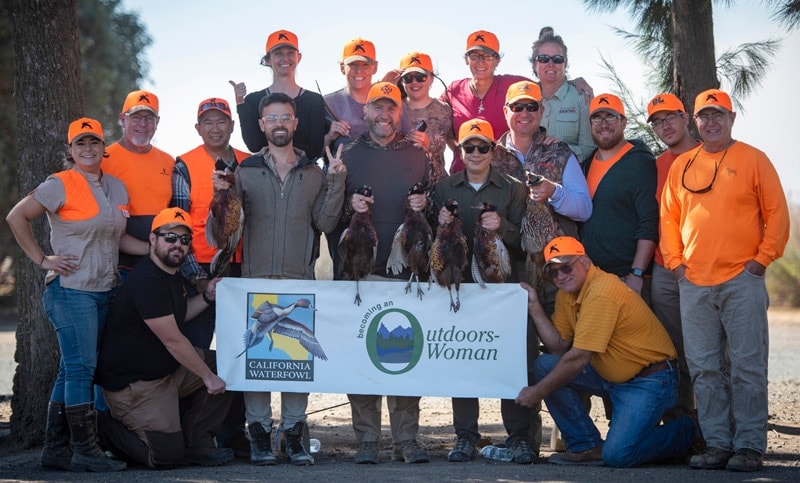 A new group of hunters out on their first hunt, thanks to CWA . (Photo: Wayne Tilcock/Calwaterfowl.org)

“[Outside of Grizzly Ranch] our biologists work tirelessly on private properties, state properties, other publicly owned properties, to make sure that they are well managed,” Gonsalves said, describing CWA staff’s dedication to keeping the hunter ecosystem alive and well in California.

Where to go next

According to Heyser, CWA membership has been growing alongside a resurgence in wild foods and farm to table dining. “We have goals to reach 30,000 members, and we believe if more people knew what we did they would join, cause we’re doing great stuff,” Heyser said.

If you’re interested in conservation or hunting, CWA is a great place to start. For more information, check out the  CWA website.