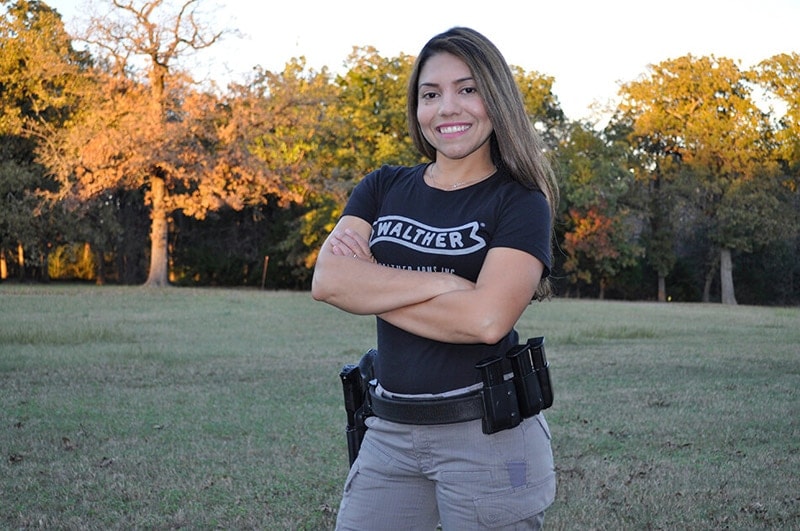 We’ve partnered with Walther Arms to give one lucky shooter a chance to win a new Walther Q5 Match pistol and train with world champion Gabby Franco in Dallas, Texas.

“To have the chance to shoot with Gabby Franco is the chance of a lifetime! If you’re looking to enhance your competitive shooting skills, this is the way to do it!” said Will Altherr, Guns.com digital marketing manager.

With nearly 25 years in the shooting sport and numerous awards under her belt, Franco is one of the biggest names in competitive shootings. Since beginning her career in the mid-1990s, she went on to medal in international competitions and become the first woman to represent her home country of Venezuela in the Olympics.

During Franco’s Intro to Competitive Shooting course, the contest winner and a guest will train with a new Walther Q5 Match, the gun maker’s production class competition grade handgun. The new Q5 Match was built around the award winning Walther PPQ platform. The Q5 features a ported slide, Carl Walther signature ergonomics, and a blue quick defense trigger. It also comes with an optics ready slide in addition to the competition iron sights.

On top if this fantastic giveaway, Guns.com will donate a dollar to the Special Operations Wounded Warrior program for every entry. The monies will help SOWW provide outdoor experiences and targeted therapeutic treatments for wounded Special Ops troops.

The Contest has now closed.